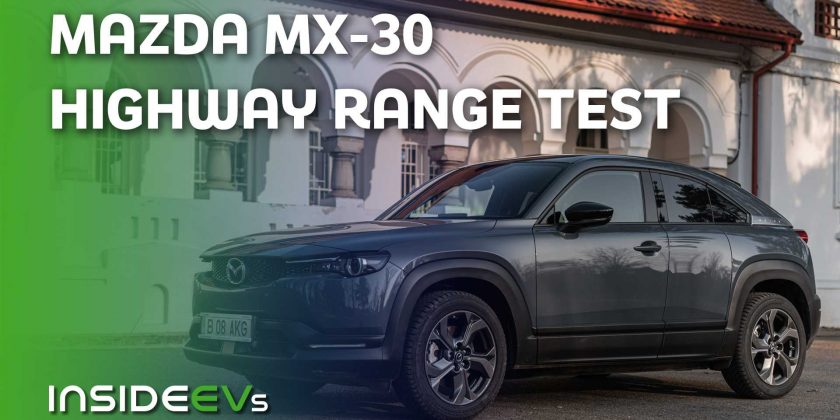 The MX-30 has trouble achieving its WLTP claimed range even in ideal conditions, so you can imagine how winter affected it…

Mazda has not only resisted the trend to downsize and turbocharge its internal-combustion engines (although it does have one force-fed unit in its lineup now), but in recent years it has also resisted the the shift towards electric powertrains that other manufacturers have embraced. Well, now the automaker has reluctantly launched its first fully-fledged, ground-up electric vehicle, the MX-30 crossover and I have to say straight off the bat that it is a bit compromised.

Why, I hear you ask? Well, it’s all down to the small battery that Mazda decided go for with this model. With just 35 kWh (30.5 kWh usable capacity), its pack is lower capacity than that of some European electric city cars, so it is by no means a range king. Quite the contrary, actually, yet Mazda insists the small battery was a conscious choice, not one it was forced to make.

According to Mazda, the MX-30 got the small battery pack to make it easier to recycle at the end of its lifecycle, to keep the vehicle’s weight down (and thus make it handle well) and for obvious cost reasons too. My tester cost just over €33,500 (equivalent to around $40,400), but with the generous incentive offered by the government here, that drops to around €23,500 (about $28,300), so it is fairly affordable by modern EV standards.

Well, that’s what I set out to find out and made a video about how it all went down. I drove the car in close-to-freezing temperatures on a stretch of highway where I was able to maintain 70 mph for about 80 percent of the time (there was some traffic and I had to turn around several times so as not to stray too far from home and chargers that I knew were functional).

Spoiler alert, I came nowhere near matching the WLTP claim, but for a crossover with such a small battery, the result I achieved is decent. Check out the video and watch until the end to find out how much I was able to eke out and how I almost didn’t reach the charger.