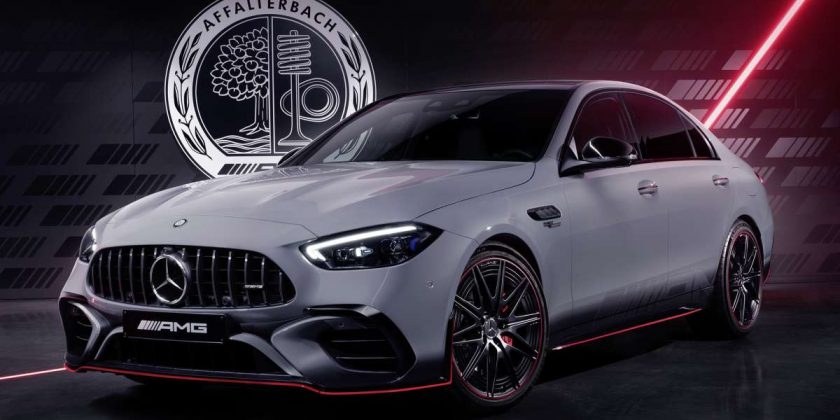 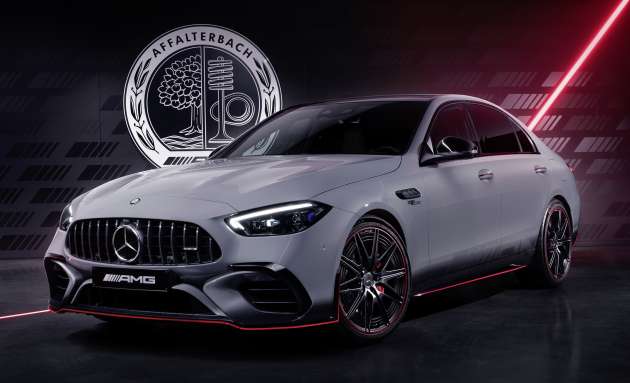 Based on the AMG C63 S E Performance revealed in September, the F1 Edition produces a combined 680 PS and 1,020 Nm from its 2.0 litre four-cylinder turbocharged engine and electric drive unit. Performance figures of the F1 Edition were not revealed but it should be similar to the standard C63S which headlined news in September with its 0-100 km/h time of 3.4 seconds and a top speed of 280 km/h with the AMG Driver’s package.

What is obviously different is how the standard C63 looks from the F1 Edition. It’s finished in Alpine Grey uni paint by Exclusive Manufaktur, complemented by AMG lettering on the side and grey to black colour gradient. The 20-inch five-twin spoke AMG forged wheels are painted in matte black, while the red rim flanges were inspired by the wheels of the Official FIA F1 Medical Car. 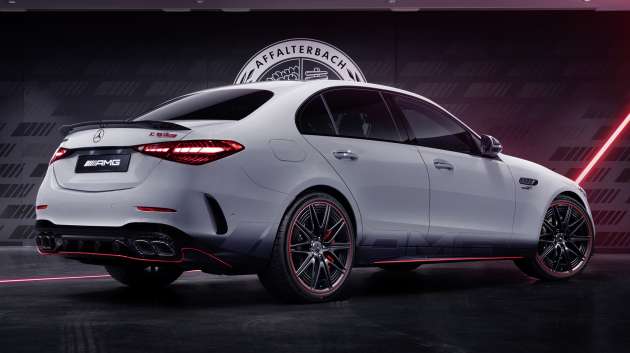 Fittingly, the F1 Edition is dressed with the wind tunnel-developed AMG Aerodynamics Package for improved stability at high speeds, while also enhancing visual presence. The aerodynamics kit includes a large front splitter, spoiler lip on the boot lid (for saloon only), and an additional diffuser board.

With the AMG Night Package I & II, the F1 Edition’s front wing, side mirror covers, beltline strip and window surrounds are all finished in high-gloss black. In contrast, the radiator grille, rear apron trim, tailpipes and model badge are finished in black chrome. Topping off the exterior add-ons is an AMG fuel filler cap in silver chrome. 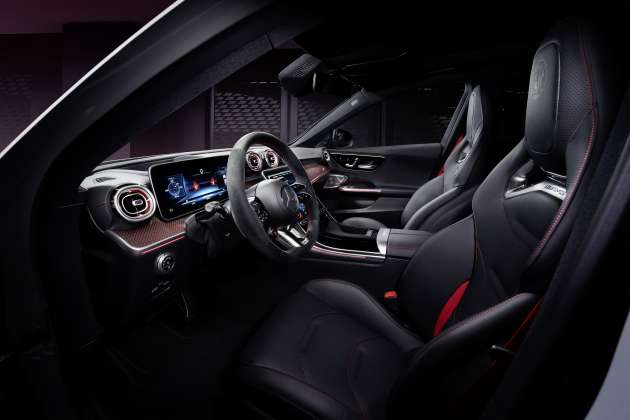 Inside, the F1 Edition’s cabin is furnished with AMG Performance seats wrapped in black Nappa leather along with ‘AMG’ embossed on the headrests. Also wrapped in Nappa leather is the AMG Performance steering wheel, with a mix of Dinamica microfibre. They’re complemented by red seat belts and AMG carbon-fibre trims with red thread on the dashboard. Even the AMG door sills illuminate in red.

Topping things off in the cabin is an Edition badge and AMG floor mats featuring an F1 logo. Also finished with an F1 logo is the customised AMG Indoor Car Cover with a breathable outer layer made of tear-resistant synthetic fibre fabric and antistatic inner fabric produced using flannel.