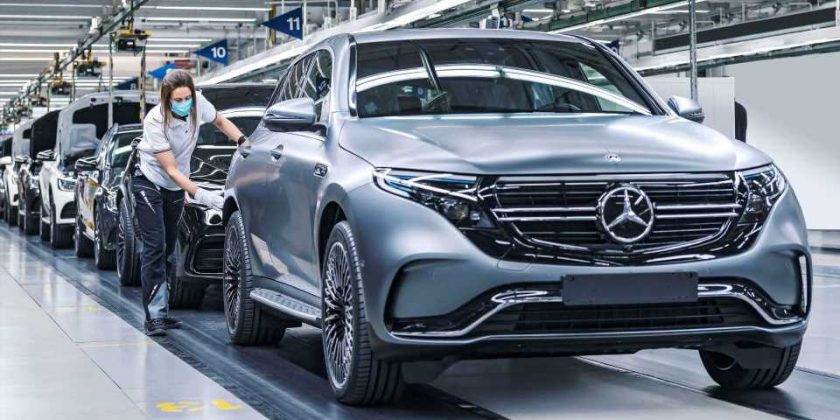 According to a recent post by CnEVPost out of Shanghai, China, at least 68 owners of the Mercedes-Benz EQC electric crossover have joined forces to send a message to Daimler. The group says it’s requesting that Mercedes reply to a statement it delivered related to the EQC’s “faulty electric motor.”

The joint statement explains that these owners were advised to have their EQC’s motor and/or “power battery” replaced following “at least one” motor failure. The group expects Mercedes to announce that the problem exists and shed light on it. More specifically, the automaker should disclose the defects publically and issue an official recall.

Despite the group’s “68 EQC owners,” information has been tossed around by owners on social media, as well as the local media in China. Some 300 owners have been involved in protests over the issue and how Mercedes has handled it thus far. Moreover, people in the group have shared that over 150 people have already reported issues.

Based on the CnEVPort article, most impacted owners noticed a vehicle reminder asking them to refill coolant. Impacted owners explained that the reminder typically came about one to two months before the EQC’s potential motor failure, and owners also noticed a notable decrease in coolant.

Mercedes-Benz dealerships in China have added coolant in an attempt to solve the problem. However, according to local reports, the additional coolant can enter the EQC’s motor and cause a failure to start. In addition, the EQC’s touch screen may issue a “fault” warning.

New EQC owners in China are paying a premium for the electric SUV due in part to the fact that it’s produced by Mercedes. However, it’s problems like these that may be working to tarnish the iconic brand as it moves toward electrification. The brand, as part of its joint venture with BAIC Motor, already recalled nearly 800 EQC vehicles in China for an unrelated problem.

It’s important to note, EV customers in China have gone to bat in protest against Tesla in the past. Many of their claims were later found to be exaggerated.

Hopefully, we’ll have more information about this potential issue with the EQC in the near future, especially if a recall is issued. However, for the time being, it’s important to take all information with a grain of salt, at least until Mercedes-Benz provides some sort of public response.