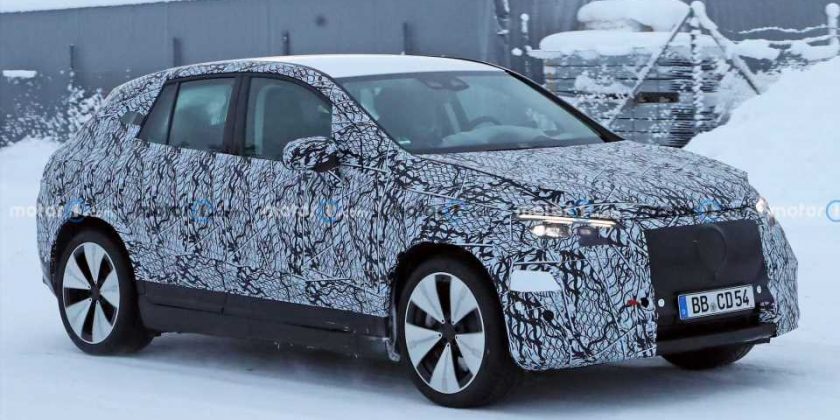 The Mercedes-Benz electric vehicle lineup will expand even further with the upcoming EQE SUV. These spy shots catch its cold-weather development. This one appears to have the production-spec body underneath the camouflage wrap.

The EQE SUV looks a whole lot like the upcoming EQS crossover, except this one is a bit smaller. It’s Mercedes classic cookie-cutter styling where the brand comes up with one design and then increases or decreases the size depending on the location in the lineup. 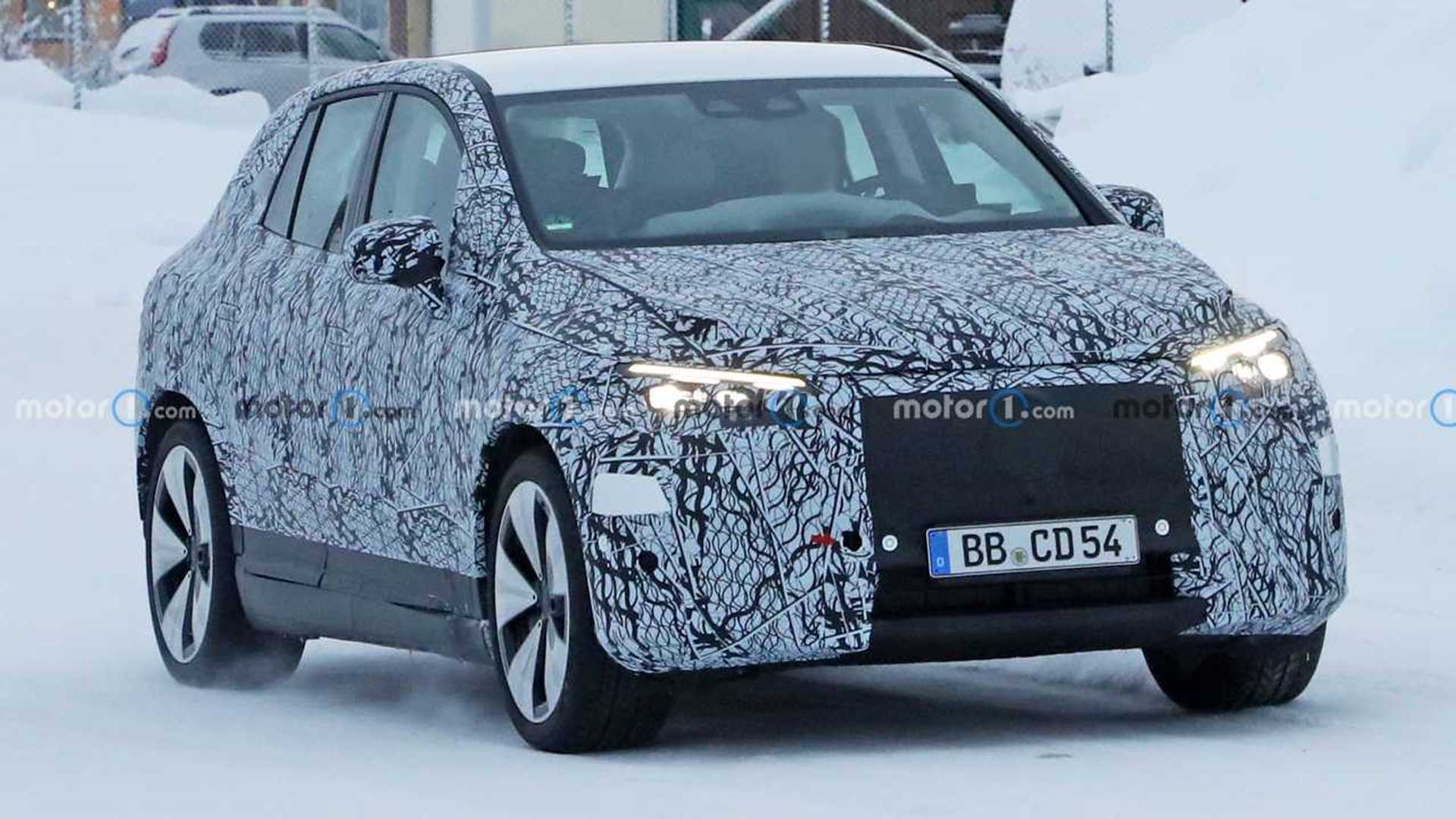 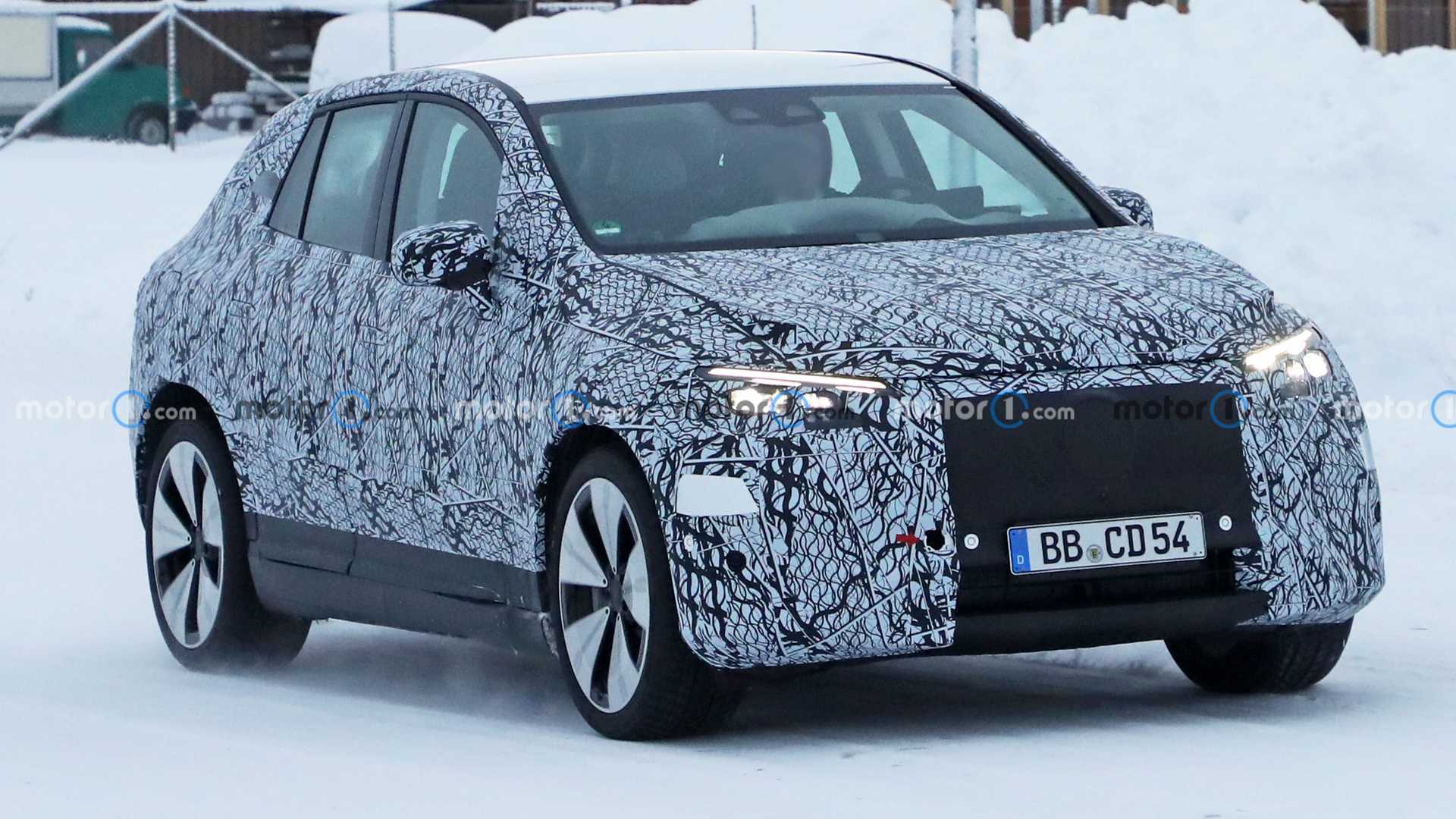 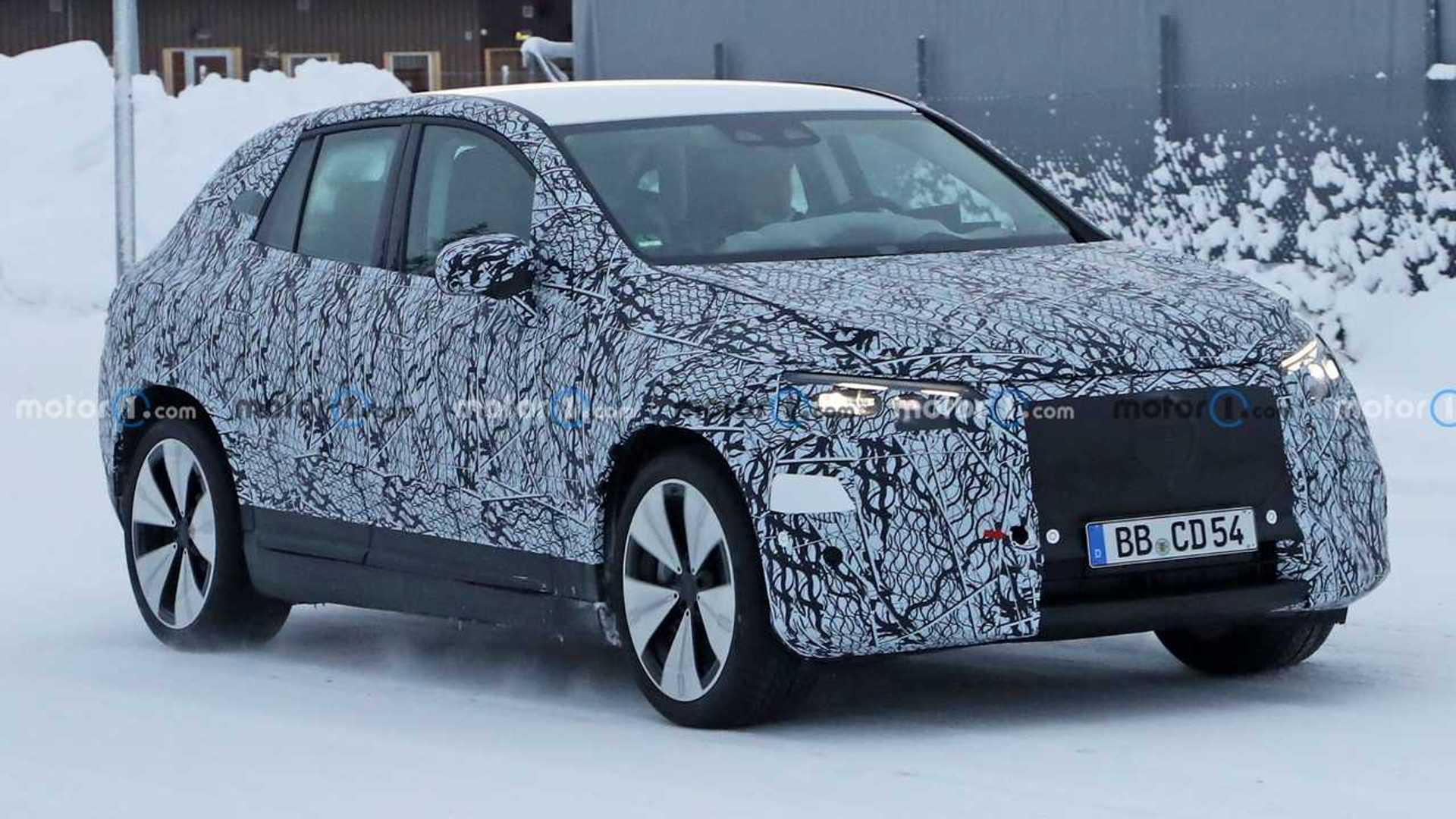 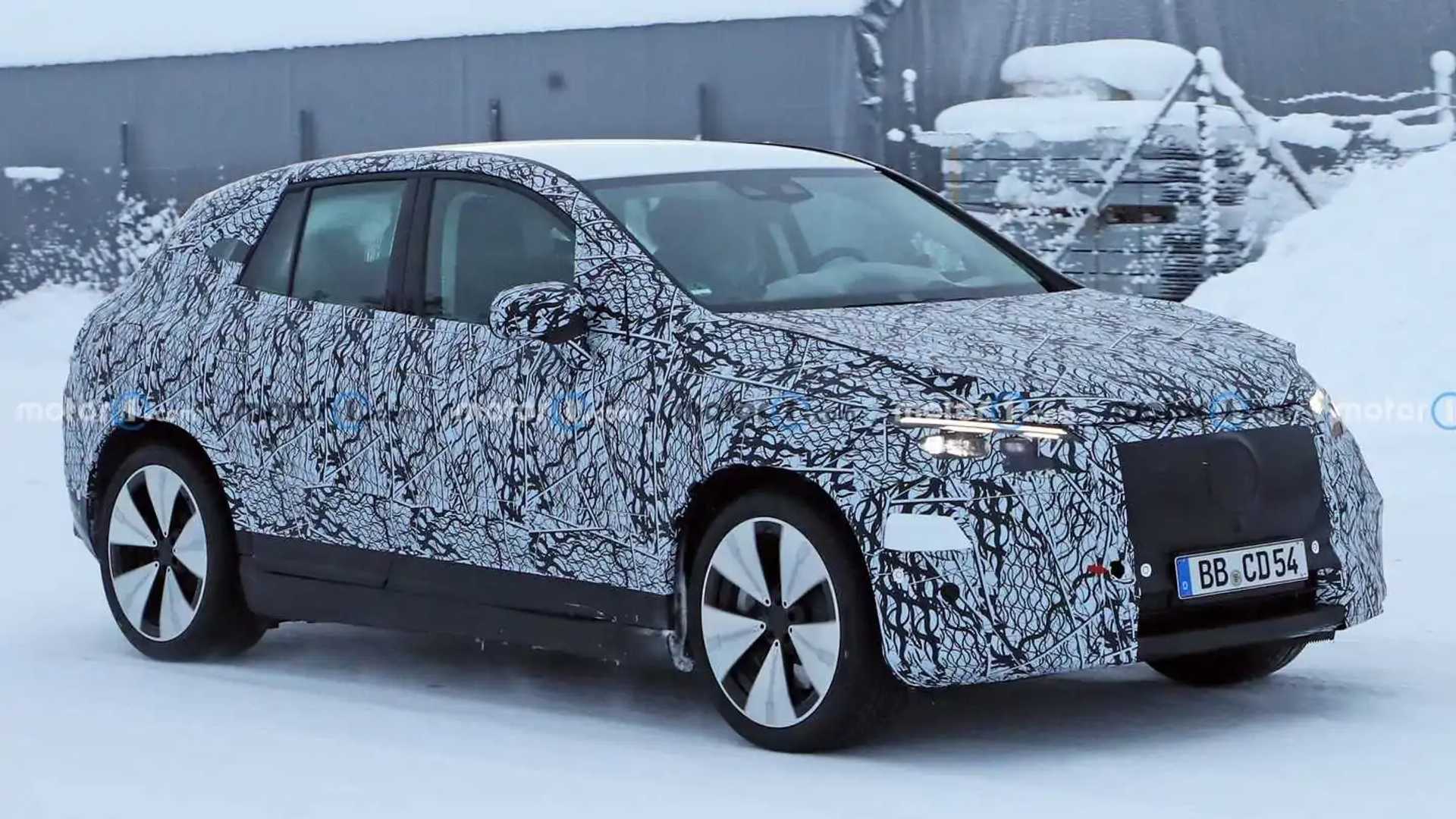 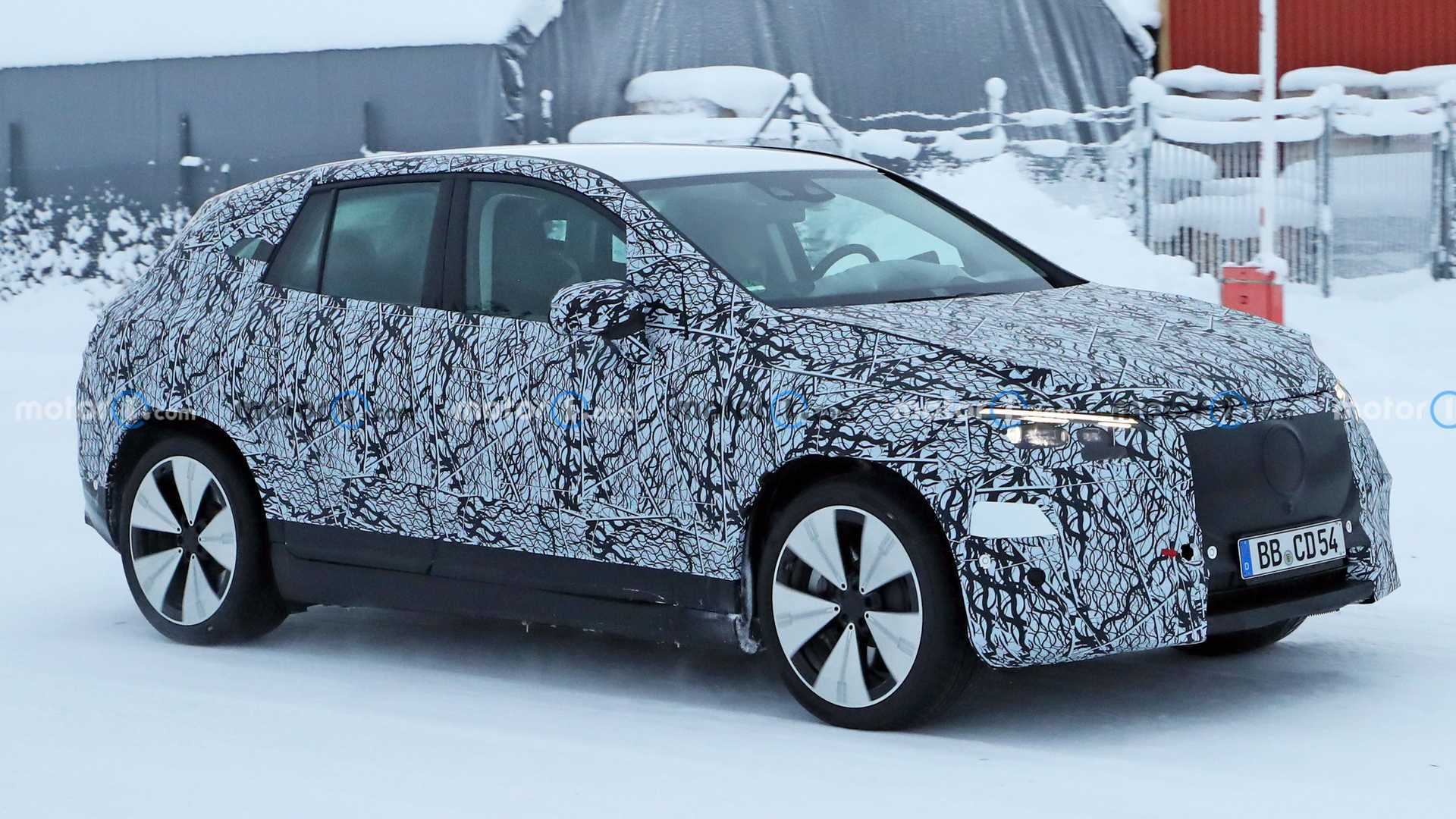 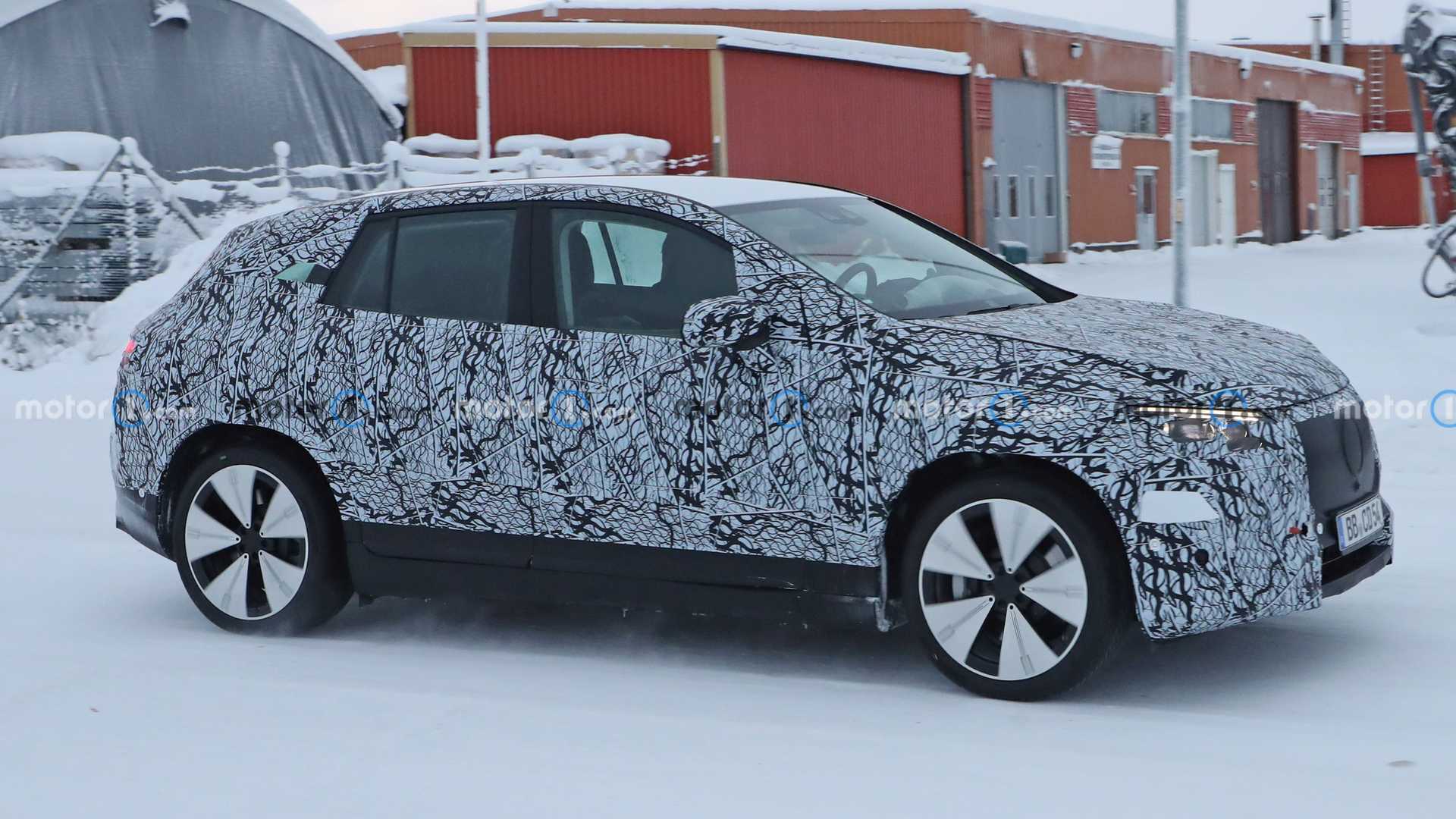 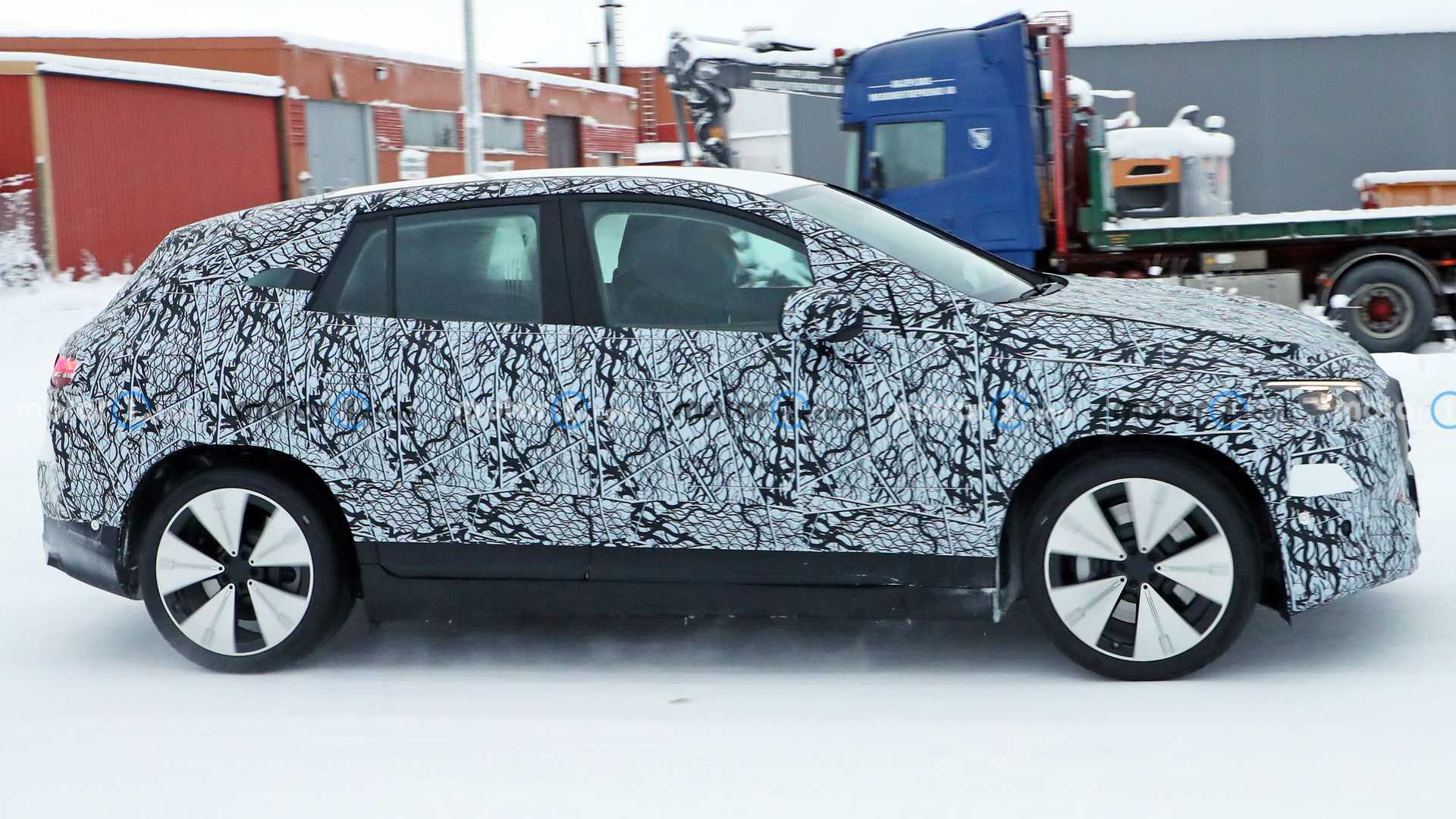 While the EQE SUV appears to have a large grille, the only opening is in the lower fascia. Expect the actual look to be like the EQS sedan with a simulated grille. You can see the outline of the circular Mercedes emblem in these photos.

From the side, you can see that that the EQE SUV has an arched roofline and angled hatchback. The door handles are flush with the body and pop out when necessary. The wheels have thick, V-shaped spokes.

The back is under heavy covering, but enough is visible for you to get a glimpse of the headlights. As an EV, no exhaust pipes are necessary, so the rear fascia has a smooth design.

The EQE SUV likely shares powertrains with the sedan version. The lineup would include a rear-drive model with 288 horsepower (215 kilowatts) and 391 pound-feet (530 newton-meters). There would also be a 4Matic all-wheel-drive version that adds a motor to the front axle. Plus, an AMG version allegedly has 671 hp (500 kW).

If it’s like the sedan, then the rear-drive version of the crossover would have a 90.6-kilowatt-hour battery pack. For the four-door, it provides an estimated range of 410 miles (660 kilometers) in the European WLTP cycle.

The current expectation is that the EQE SUV would debut at some point in 2022. However, Mercedes would likely launch the EQS SUV first. Generally, the company leaves a few months between vehicle debuts. This suggests a launch for the smaller EV in the latter part of the year. The automaker plans to build them both in Tuscaloosa, Alabama.