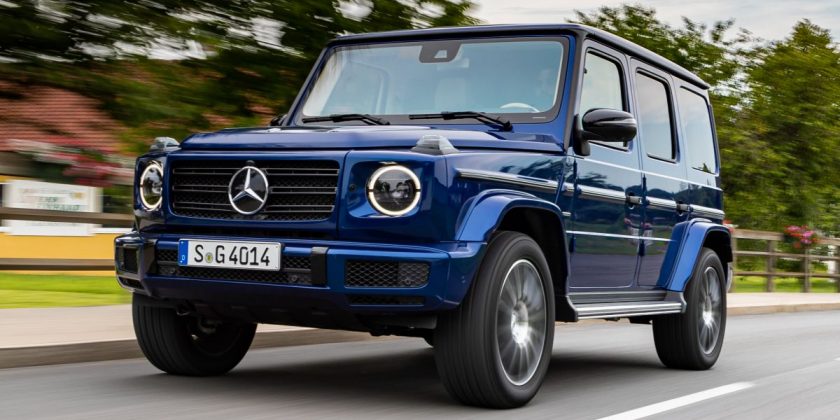 Mercedes-Benz has already confirmed that an all-electric G-Class is on the way, although it did not reveal when we will get to see such a model. However, a new report by Germany’s mbpassion suggests a concept will be presented at this year’s IAA Mobility show in Munich this September.

Reportedly called the EQG, it will be the latest addition to the G-Class range, which currently consists of petrol and diesel models. The report adds that the EQG won’t be built on a dedicated electric vehicle platform, but will instead be a conversion of the existing G-Class to pure electric drive. Other EQ models that follow this path include the EQA (GLA), EQB (GLB) and EQC (GLC).

In terms of variants, trademark filings unearthed from the European Union Intellectual Property Office (EUIPO) in April suggest there will be two versions of the EQG, namely the EQG 560 4Matic and EQG 580 4Matic.

Both are expected to come with all-wheel drive as standard thanks to a dual-motor setup, with outputs said to mirror that of the EQS 580, which is rated at 523 PS (516 hp or 385 kW) and 855 Nm of torque. Given the different architectures, it’s uncertain if the EQS’ 108-kWh battery will be carried over, but expect less range due to the off-roader’s weight.

Back in October last year, the German automaker said it wanted to make the G-Class a sub-brand along with AMG and Maybach. All three entities are expected to be part of a single business group under Mercedes-Benz, which will be formally announced at IAA.