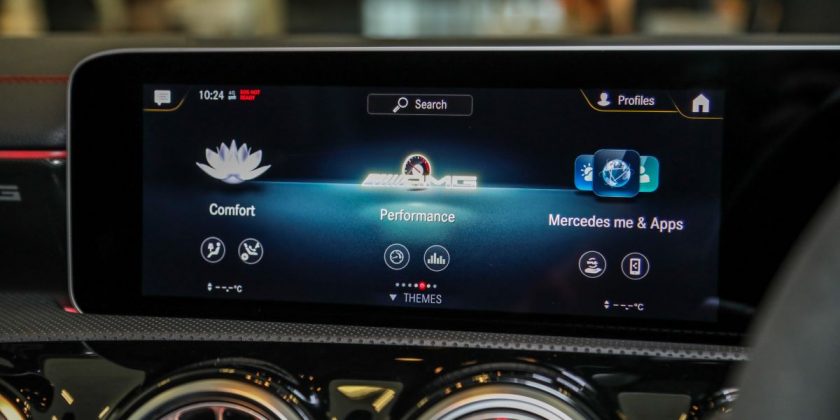 Mercedes-Benz is pouring a great deal of investment into its MBUX infotainment system because it sees potential for generating income from offering online services, which could eventually rival the amount of profits the automaker gains from selling cars, Autocar reports.

Voice control plays a key role in the development of the system. The German marque is rolling out an over-the-air (OTA) software update in selected markets in order to enable the use of more informal speech; in China, the company has launched a feature allowing users to order and pay for food takeaways via voice commands while driving, and a service for booking cinema tickets is also being offered, the report said.

Autocar quotes a recent report which predicted that the market for automotive artifiial intelligence (AI) systems including hardware, software and in-car services will grow from GBP1.6 billion (RM8.7 billion) today to GBP21 billion (RM114 billion) by 2025. Mercedes-Benz’s desire to capitalise on this growth has led the automaker to invest millions of euros in a bespoke system, instead of partnering with a smartphone operating system provider such as Apple or Google.

Can Mercedes-Benz makeas much money from AI systems as it does from selling cars? “This is what we are aiming for, and this is why we are investing so heavily in MBUX. We can see there is huge business potential,” said MBUX head of user interaction Nils Schanz. At present, the German automaker has no plans to charge vehicle owners for using in-car services such as for ordering food, he said. Beyond selling hardware for MBUX, potential revenue streams could include charging businesses for access to the food-ordering service and selling access to third-party mobile app creators. “We can see how the business model could develop as a significant source of revenue, although right now there’s no revenue sharing model,” Schanz said, noting that developing voice control was also part of a push to improve safety.

“Voice is the safest way, because it keeps a driver’s hands on the wheel and (their) eyes on the road,” said Schanz, though the system can also be operated via the car’s touchscreen or physical controls. Having said that, “there’s not one perfect way of interacting with the car,” Mercedes-Benz head of user experience design told Autocar in a separate interview.

Schanz denied that ordering and paying for items such as food could be dangerous, however. “We have safety experts who are really looking at driver distraction and we have strict rules, so we can do nothing that distracts the driver too much,” the MBUX head of user interaction said.

“The food-ordering experience has been optimised to reduce and simplify it so that it limits the distraction as much as possible. We’re always looking to make it possible to do anything without looking at the screen,” he said. Some things are off the table, however. “You can watch TV on MBUX in certain countries, but not while driving. It’s something we’re looking into, and we also need to consider the different laws and different rules in each market.”