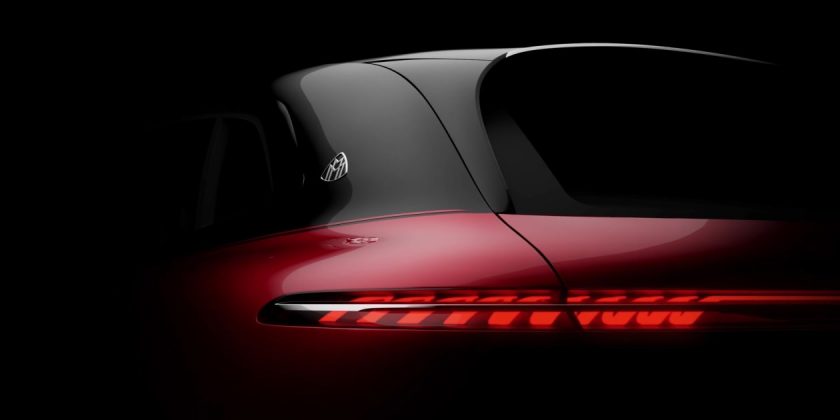 Mercedes will unveil a new Maybach concept at Munich this year, which is expected to morph into flagship version of the upcoming EQS SUV

Mercedes will launch a new Maybach concept at this year’s Munich Motor Show, previewing how the company will carry its most luxurious brand into the electric era.

Mercedes hasn’t announced the car’s name, but we expect it’ll be a concept version of the upcoming Maybach EQS SUV, which was recently teased by one of the brand’s executives.

During the firm’s electrification conference, Britta Seeger, Mercedes’s head of marketing and sales, said: “Next year we will present SUV versions of our EQE as well as of our EQS. All these cars will provide high range, first-class comfort and impressive dynamics.

“And I can promise you that we will maintain this momentum going forward. What applies to the Mercedes portfolio also applies to our incredibly strong sub brands – we want to go electric. So, you can look forward to a top-notch EQS SUV version of Mercedes-Maybach, for example.”

The announcement is supported by a teaser image showing the rear three-quarters of an SUV painted in trademark Maybach two-tone paint. There’s also a Maybach badge fixed to the car’s C-pillar as a further giveaway.

Like most Maybach vehicles, we expect the Maybach EQS SUV will have a slightly different front end to the Mercedes it is based on, though how the company will interpret the large chrome grille with vertical slats seen on the latest Maybach GLS and S-Class models onto an electric car is unknown.

Enormous alloy wheels and a lavishly appointed interior will form a part of the package, with items like captains chairs, a champagne cabinet and additional touch screens appearing for rear seat passengers.

The Maybach EQS SUV should be based on the same EVA2 underpinnings as the EQS saloon and the standard EQS SUV, although it’s likely that Mercedes will only offer this flagship model with its most potent electric powertrains.

We expect buyers will only be offered the EQS’s largest 107.9kWh battery pack, which offers a maximum range of 478 miles in the saloon. The Maybach SUV’s less aerodynamic shape will certainly make a dent in that figure, but a range of around 400 miles should be possible.

While this concept will show what to expect from an electric Maybach, we still have quite a wait on our hands before we see the production car in showrooms. Mercedes won’t unveil the standard EQS SUV until next year, which means this SUV won’t break cover properly until the end of 2022 at the earliest.