There’s a word in French that best describes what you will see in the video at the top of this article. The test prototype here is not just a regular car, but a bolide – an extremely fast and loud race car, which, in this case, sounds almost like a Formula 1 car.

Of course, we are talking about the new Chevrolet Corvette C8.R which has been spied undergoing night testing at the bumpy Sebring track. The race car will be part of the new-generation Corvette’s family and will be ready for racing in 2020. Teams currently using the Corvette C7.R will have to run the old car for one last season before switching to the all-new, mid-engined machine.

Judging by the sound of that beast, there’s a pretty good chance it is using a dual-clutch automatic gearbox. It is probably mated to a turbocharged 5.5-liter V8 engine, but that’s not confirmed for now.

As far as the street-legal Corvette C8 is concerned, a recent post from the CorvetteForum.com allegedly revealed most of the details surrounding the mid-engine supercar. We’re probably just a month away from the debut of the new ‘Vette which should receive the Manta Ray moniker for its base version with 520 hp (388 kW) from a modified version of the current LT1 V8.

About two years later, we should see a Grand Tour variant of that car that focuses on comfort and will use a version of Cadillac’s 4.2-liter twin-turbo V8 with turbos moved outside the heads instead of between them. The third member of the Corvette C8 family will reportedly be a Grand Sport “insane sports version” powered by the aforementioned 5.5-liter V8. This car should be America’s answer to the mid-engined supercars from Germany, Italy, and Britain.

If this spy video is anything to go by, count us impressed already. The latest gossip indicates Chevrolet will bring the new Corvette C8 to the Detroit Auto Show in January 2019 so the waiting is likely about to end very soon.

Note: The photos above and in the gallery below depict another C8.R prototype. 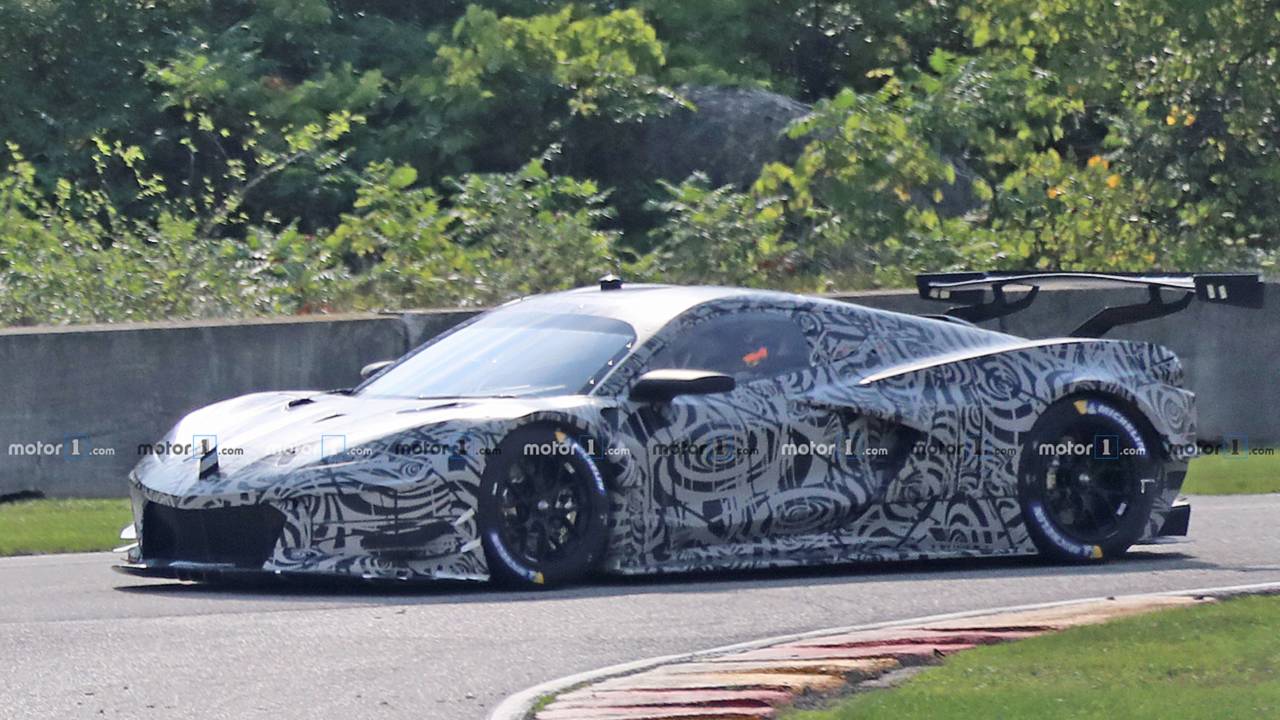