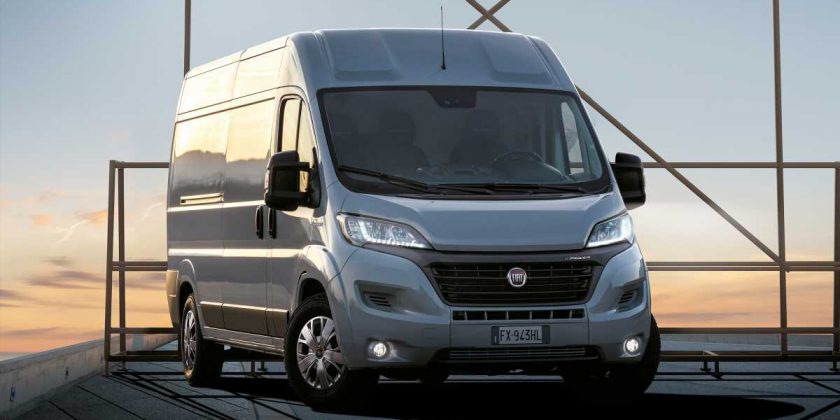 The all-electric Fiat e-Ducato panel van is being tested by a handful of businesses, ahead of its general market release at the end of the year 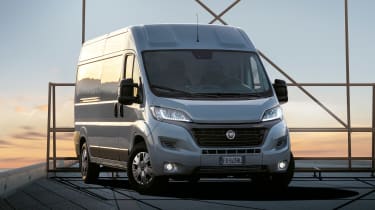 The new, all-electric Fiat e-Ducato van has been revealed. The Italian brand’s first zero-emissions commercial vehicle has entered the final stages of its development programme in a pilot scheme with several “major clients,” ahead of going on sale in the UK in autumn 2020.

The e-Ducato’s electric motor offers similar performance to the van’s least powerful 2.0-litre four-cylinder diesel engine, with an output of 121bhp and 280Nm of torque. The motor allows the panel van to haul a payload of up to 1,950kg – although Fiat has limited its top speed to just 62mph to maximise the vehicle’s range.

Buyers will have their choice of either a 47kWh or 79kWh battery pack, which provide claimed ranges of 124 or 205 miles respectively. Charge times show promise, too; when plugged into a 7kW wallbox charger, the smaller unit will recover a full charge in eight hours. Using a 50kW DC fast-charger, the same battery will reach 80 percent capacity in just 50 minutes.

The e-Ducato’s battery pack is mounted under the van’s floor and its electric motor occupies the same space as the standard Ducato’s combustion engine – which means it retains the same carrying capacity. Load volume is identical, with between 10 and 17 cubic metres of space on offer, depending on the selected body style.

From launch, the e-Ducato will be available as either a panel van or a chassis cab. The former option will be available in three lengths and three heights, while the latter will offer a choice of four lengths. A minibus variant will also be available, offering seating for up to nine passengers.

Fiat has also updated the e-Ducato’s interior to match its electric powertrain. In place of the standard van’s rev-counter there’s a new charge indicator – and Fiat has tweaked the van’s infotainment system with some unique graphics. There’s also a new control unit mounted to the driver’s A-pillar, which can be used to set the van’s daily charging schedule.

Fiat says the e-Ducato “has not been designed for long journeys.” Instead, the company hopes it will find uses as a last-mile delivery vehicle or a short-distance shuttle – especially in emissions-conscious cities such as London, Glasgow and Leeds.

Prices will start from around £48,000 excluding VAT, but including the government’s £3,000 plug-in vehicle grant. Fiat is aiming to put all three variants on sale in the UK during autumn this year.

What do you make of the all-electric Fiat e-Ducato? Let us know in the comments section below