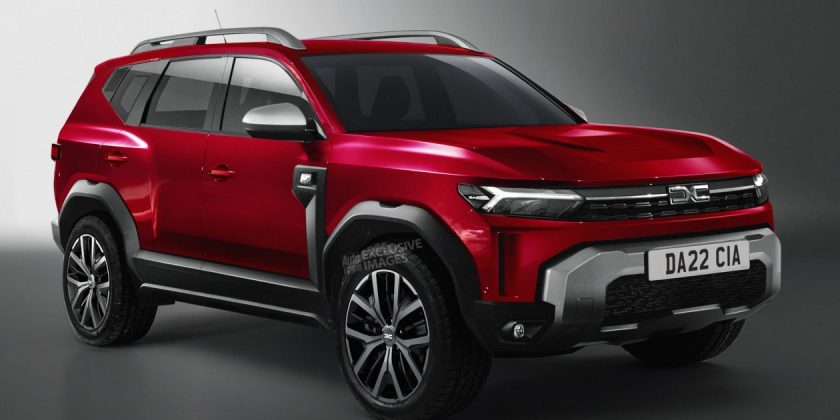 The new Dacia Bigster will move the famously budget-friendly brand into the large SUV market, adding another hybrid offering to the firm’s range

Dacia will launch a new flagship model next year. It’ll be called the Bigster, and it’ll catapult the brand into the lucrative large SUV market, offering buyers a more affordable alternative to the likes of the Land Rover Discovery Sport and Volkswagen Tiguan.

Given this competition, the Bigster will be a crucially important car for the brand. Dacia says the SUV has been tasked with bringing “a touch of coolness” to the marque’s image, thanks in part to its tough new design language and minimalist badging. It’s also one of three new models Dacia will bring to market by 2025.

Dacia parent company Renault is planning an attack on the family hatchback and mid-size SUV segments, and the new Bigster will play a pivotal role. It’ll sit alongside cars like the Renault Clio and the Kadjar-replacing Renault Austral.

But, to make sure the Romanian brand doesn’t move too far upmarket, the company has deployed a new platform strategy. Every Dacia, including the upcoming Bigster, is now set to be based on the same CMF-B underpinnings as the Sandero hatchback.

The platform will become a one-size-fits-all solution for Dacia, with the brand stretching the underpinnings to their limits in terms of size for the Bigster and enabling the company to enter larger vehicle segments at a still-affordable price.

Dacia previewed a concept for the Bigster in early 2021, and our exclusive images show how the finished car could look when it makes its debut early next year. The firm has already confirmed that the SUV will measure 4.6 metres long, which is roughly the same size as the  Land Rover Discovery Sport and larger than popular sellers like the Volkswagen Tiguan.

The brand has also promised a spacious interior, but whether or not the company will offer a seven-seat variant of the SUV remains unknown. However, the brand will certainly cater to buyers hankering for more space with its other two planned offerings, which includes the impressively cheap seven-seat Dacia Jogger MPV.

The CMF-B platform opens up a wide range of powertrains – including hybrid power. Hybrid drive has long been excluded from Dacia’s ranks for its high price-point, but the Bigster and the new Jogger MPV will lead the charge for the technology within the brand.

Given the SUV’s size and weight, we’re not expecting to see the naturally aspirated 64bhp 1.0-litre three-cylinder petrol engine from the very cheapest version of the Sandero. The engine simply wouldn’t have enough grunt to make the larger Bigster move at anything other than tectonic speeds.

Instead, the line-up will likely start with the turbocharged 89bhp version of the same engine. More powerful engines could also be sourced from the likes of the Captur, with Dacia potentially poaching its 128bhp 1.3-litre four-cylinder TCe 130 petrol unit.

Dacia has also hinted that the Bigster will be available with a BiFuel petrol/LPG drivetrain as found in the smaller Sandero. Hybrid drive will be another focus for the car, with buyers likely being offered the 138bhp 1.6-litre four-cylinder hybrid drivetrain in the Clio E-Tech. The same system has already been earmarked for use in the Jogger MPV in 2023.

Renault has also confirmed that a new hybrid drivetrain designed with SUVs in mind is in development for 2022. This system uses a 1.2-litre turbocharged three-cylinder engine, and can develop up to 200bhp.

Despite the size increase and the fancy hybrid technology, Dacia won’t lose sight of its budget-conscious image with the Bigster. The company has already hinted that prices will fall into line with vehicles from the segment below – think more T-Roc than Tiguan.

With that brief set out, we’re expecting a starting price of around £20,000. That would undercut the ever-popular Tiguan by around £5,000 and trim almost £2,000 off the cost of the more economically priced Skoda Karoq.