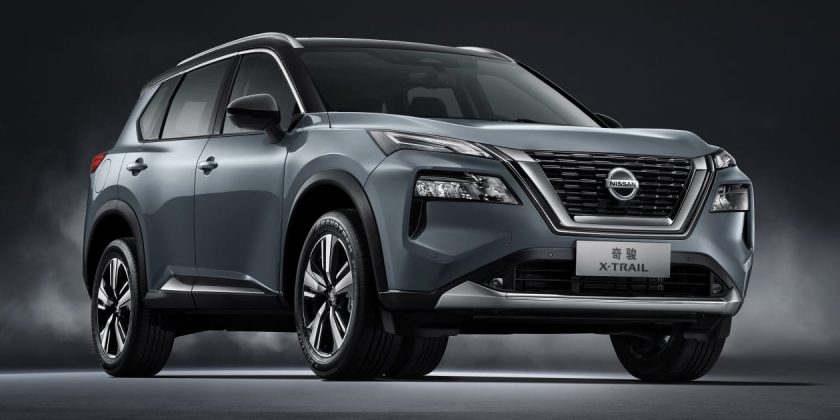 The fourth-generation Nissan X-Trail is being readied for launch. The latest version of the Japanese brand’s large SUV will go on sale in Europe and the UK next year as a fresh rival for the Kia Sorento, Peugeot 5008 and Skoda Kodiaq.

The next X-Trail will move onto the same CMF-C underpinnings as the newest Qashqai, meaning it’ll be available with Nissan’s latest e-Power hybrid powertrain. Unlike the smaller SUV, UK buyers will also be offered the new hybrid technology from launch.

It’s a bit more complicated than the systems found in hybrids such as the Toyota Prius, because the petrol engine never drives the wheels directly. Instead, it acts as a generator, constantly topping up the battery pack, which then sends power to the electric motor.

The set-up ensures the petrol engine is always running at its optimal efficiency, which helps lower emissions and fuel consumption. Nissan also says the system provides a driving experience similar to that of an electric car, with instant torque from the electric motor.

There’ll also be a four-wheel-drive version of the X-Trail, although UK specifications for that powertrain are still yet to be confirmed. However, Nissan says the system will give the X-Trail “rugged versatility,” offering specific drivetrain settings for snow, gravel and mud.

For the new X-Trail, Nissan pulled a leaf from the latest Qashqai’s styling book, with the SUV receiving the same V-Motion grille and slim headlamps as its smaller sibling. It’ll also get some more angular body lines to give it a chunkier look than its softer-surfaced predecessor. Silver trim inserts and a contrasting roof complete the look.

Inside, the X-Trail will receive some advanced technology, which includes a host of driver-assistance kit and a brand-new infotainment set-up, which will more than likely be lifted from the latest Qashqai. Nissan also says the new CMF-C platform will help improve the SUV’s refinement and dynamic performance.

Another benefit of the new underpinnings is that the X-Trail will also be available with a third seating row, offering seven-seat capability for larger families.

It’ll be a while before the next-generation X-Trail goes on sale in the UK, so Nissan hasn’t yet confirmed the car’s starting price. However, given the new platform and the increased level of technology on offer, we expect the new SUV will be considerably more expensive than the outgoing model. For comparison, prices for the old car started from £26,835.

Also, the X-Trail’s market has changed since the Mk3 model was launched back in 2013. Prices for the Skoda Kodiaq (which is a key competitor for the X-Trail) start from £30,415, while the cheapest Kia Sorento costs £40,060. So, we expect that Nissan will target a starting price of at least £30,000, to keep pace with the competition.

Nissan will complete the overhaul of its SUV line-up with the Mk4 X-Trail. The process started in late 2019 with the second-generation Juke. It was followed by the launch of the pure-electric Ariya and the exclusively hybrid replacement for the Qashqai, both of which were revealed in early 2021.