Car enthusiasts with an appetite for big engines were not exactly pleased with Audi’s decision to downsize to a V6 for the new S6 Sedan, S6 Avant, and S7 Sportback. The silver lining is the V8 will live on in the RS6 Avant and the RS7 Sportback, with the latter caught by the spy camera the other day working out at the Nürburgring gym. Not one, but two prototypes were on track, thus giving us a great opportunity to crank up the volume and listen to the V8 sing its raspy song.

Expect some serious power from the twin-turbo 4.0-liter engine considering it already packs a mighty 605 hp in the old RS7 Performance. If reports are to be believed, Audi will find a way to squeeze 650 hp from the eight-cylinder engine, which would be an extra 20 hp over the Mercedes-AMG GT 63 S Four-Door Coupe. At the same time, it would have more muscle than the yet-to-be-revealed BMW M8 Gran Coupe spotted just yesterday. 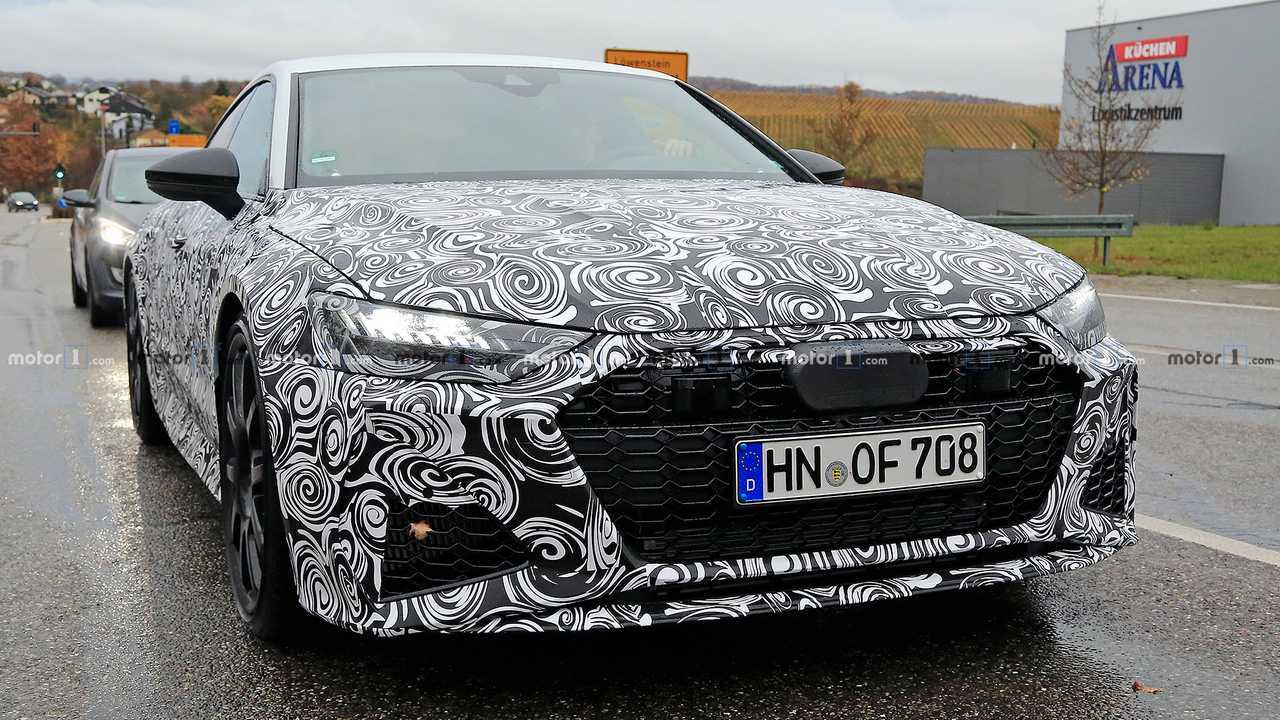 The RS7 Sportback was spotted undergoing testing for the first time way back in November 2017, so it makes sense that Audi will unveil the car later this year. As per a slideshow (see below) presented by the company’s Spanish division, the sporty sedan will be officially unveiled in the third trimester of the year, so only a few months after the warm S7 variant.

There could be more to the RS7 Sportback as it is believed Audi is also cooking up an electrified version with as much as 700 hp. Adapting the hybrid setup from the Porsche Panamera Turbo S E-Hybrid, the flagship model of the A7 lineup will allegedly combine a 550-hp version of the twin-turbo 4.0-liter V8 with a 150-hp electric motor. All that power will go to the Quattro all-wheel-drive system through an eight-speed dual-clutch gearbox to enable some amazing performance levels.

It’s unclear whether the hybrid version will be unveiled together with the regular RS7 or Audi will introduce the range topper further down the line.