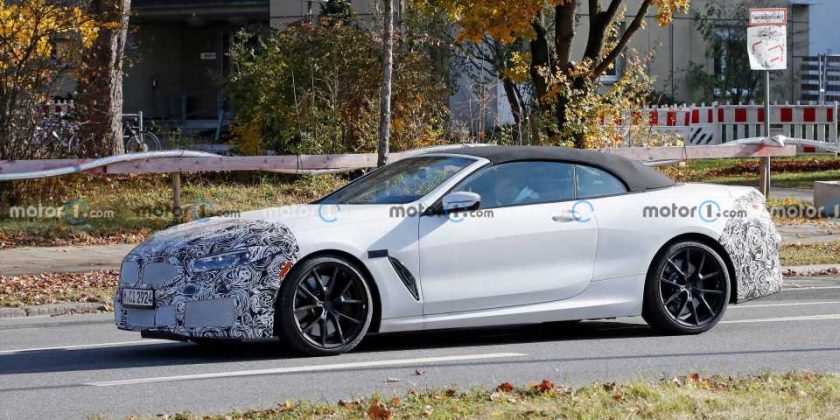 It’s been a minute since we saw a camouflaged BMW 8 Series strutting around in public. It’s been two minutes since we caught a convertible test vehicle – in fact, this is only our second sighting with the first occurring way back in May 2021.

That’s not to say BMW isn’t making progress on updating its entire 8 Series lineup. We’ve also caught the coupe and four-door Gran Coupe wearing a bit of camo, and they all look pretty much the same in the front. The updated 8 should see a grille nearly the same size and design as the current model, flanked by narrower headlights. Heavier cladding still hides the lower fascia, so we can’t see exactly what’s happening with the corner vents. 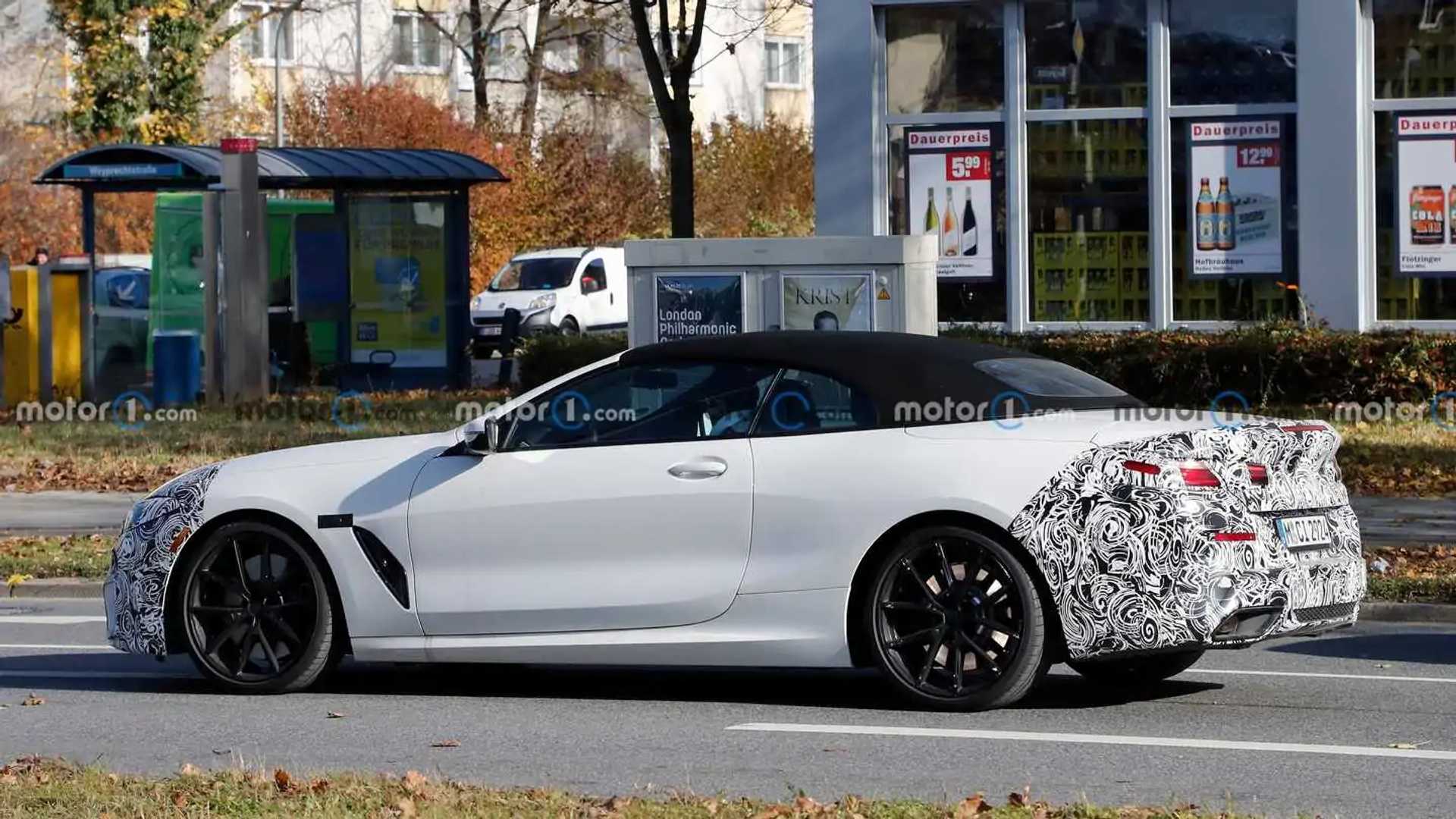 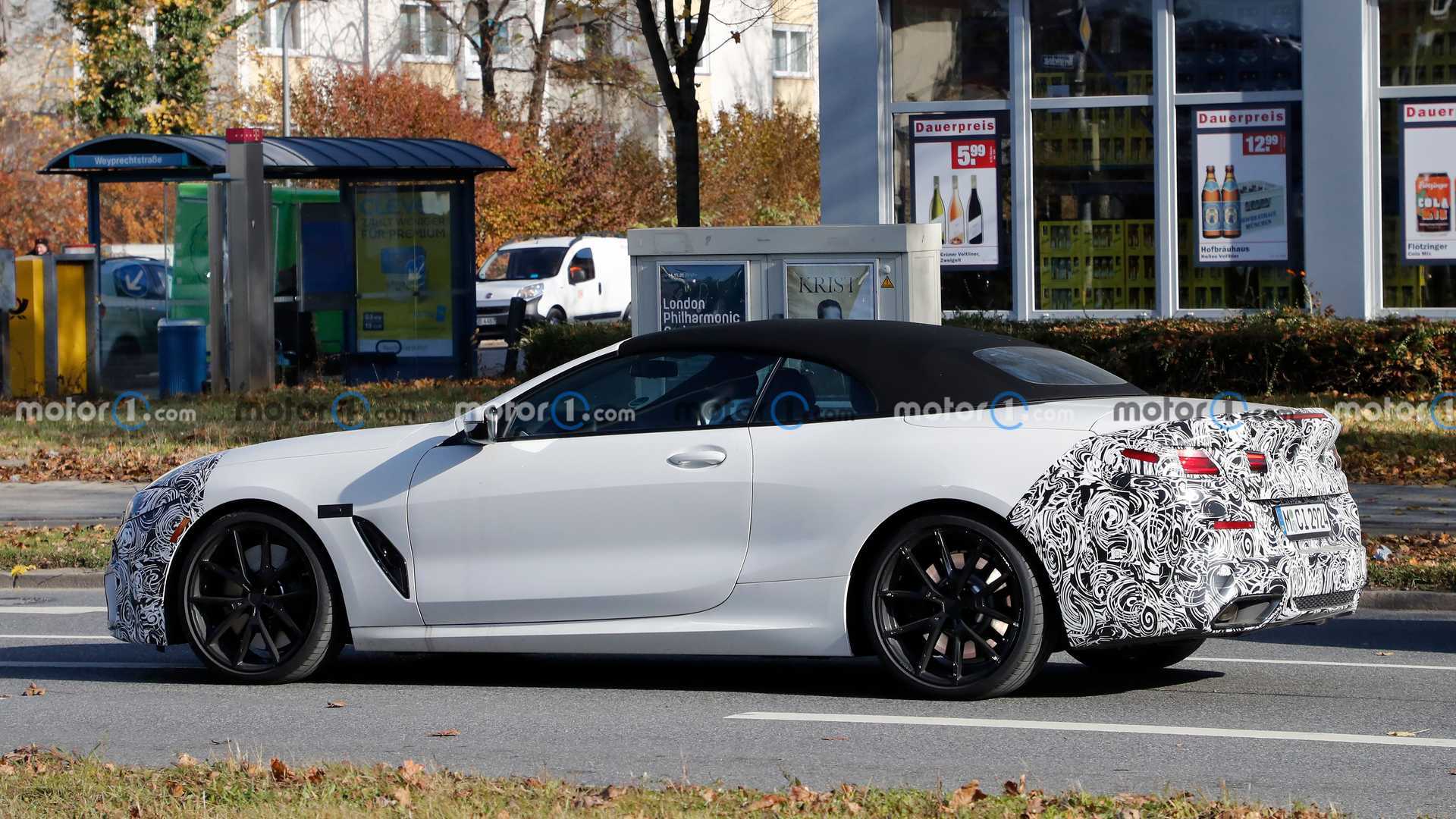 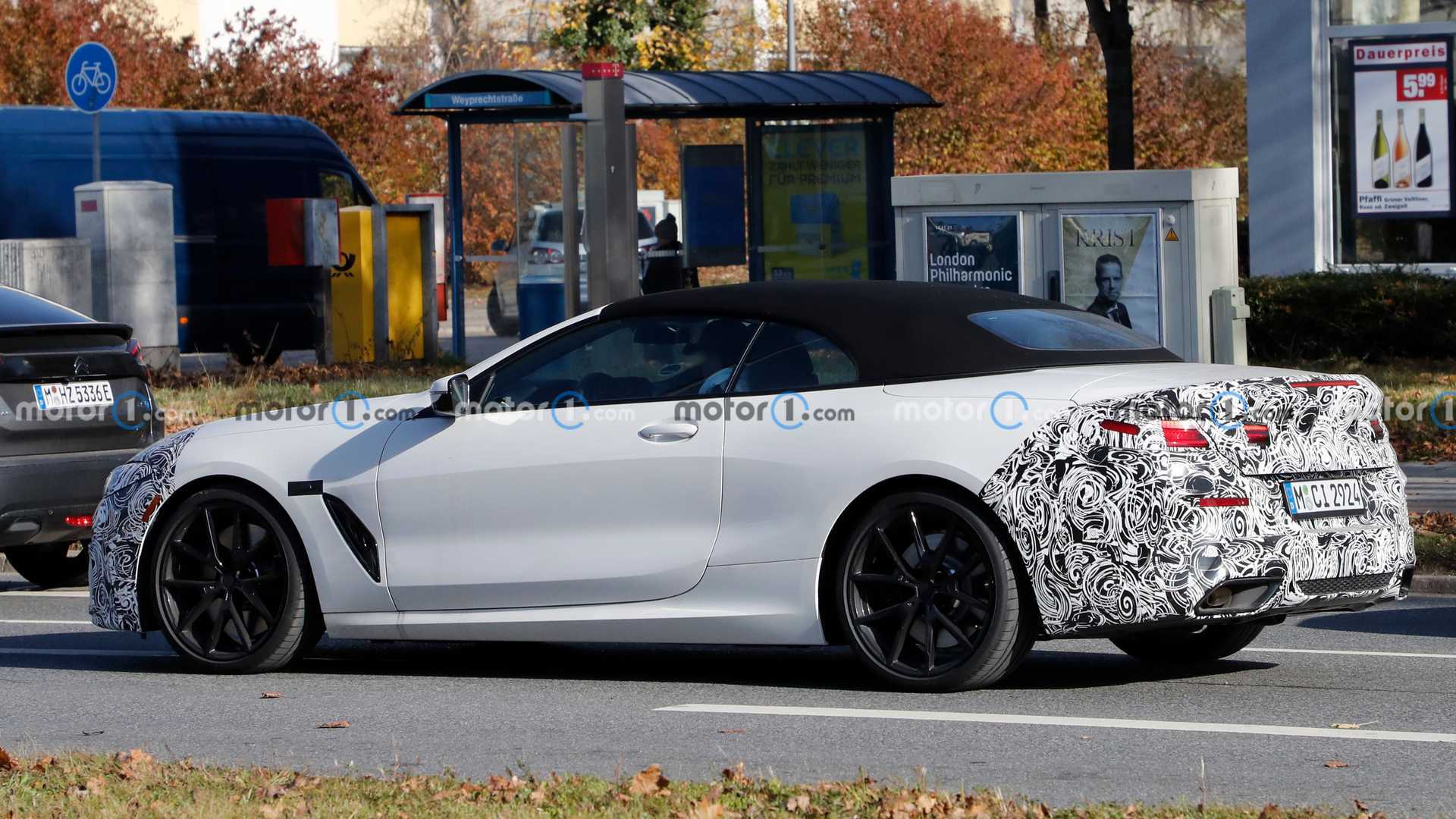 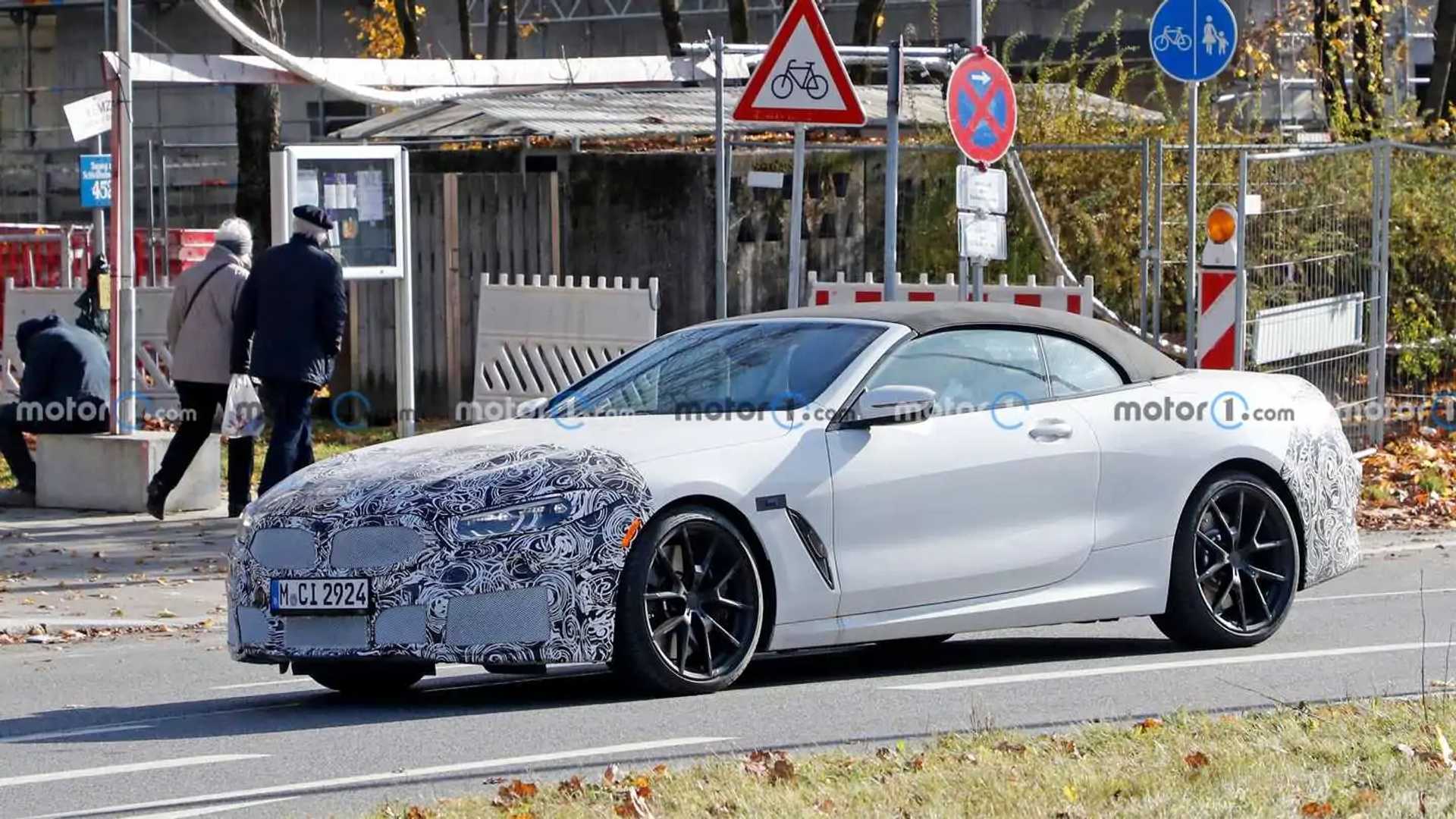 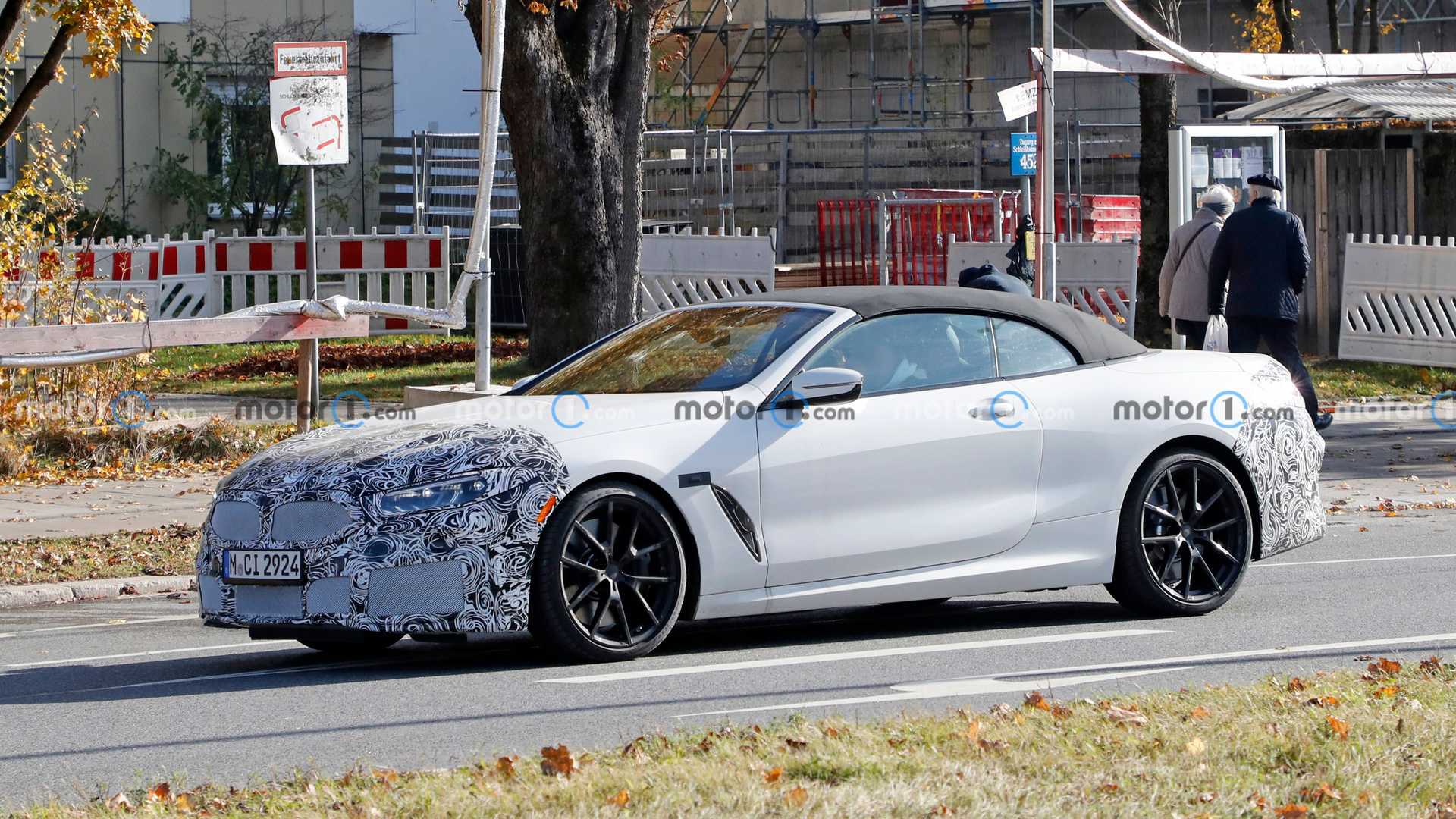 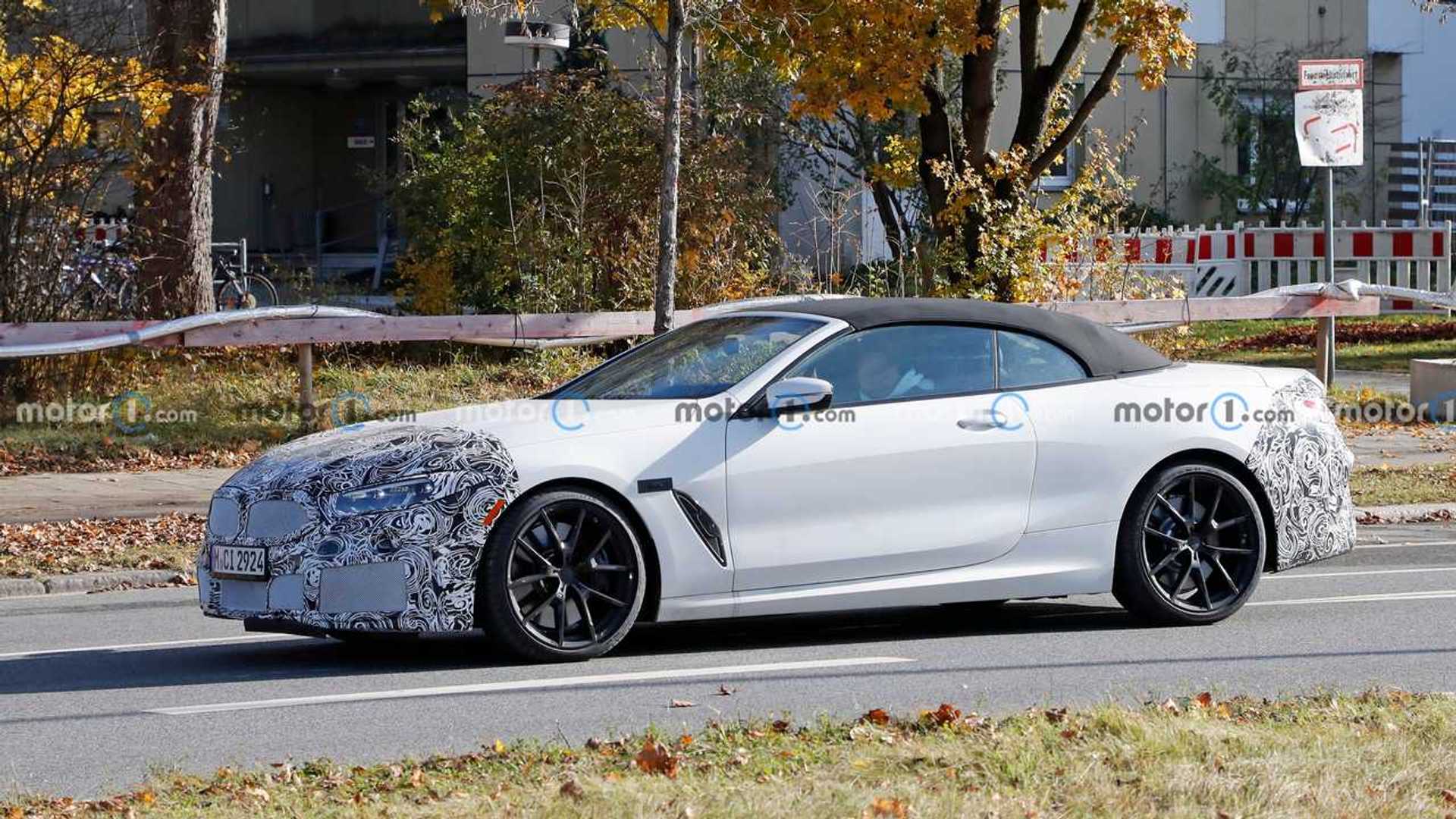 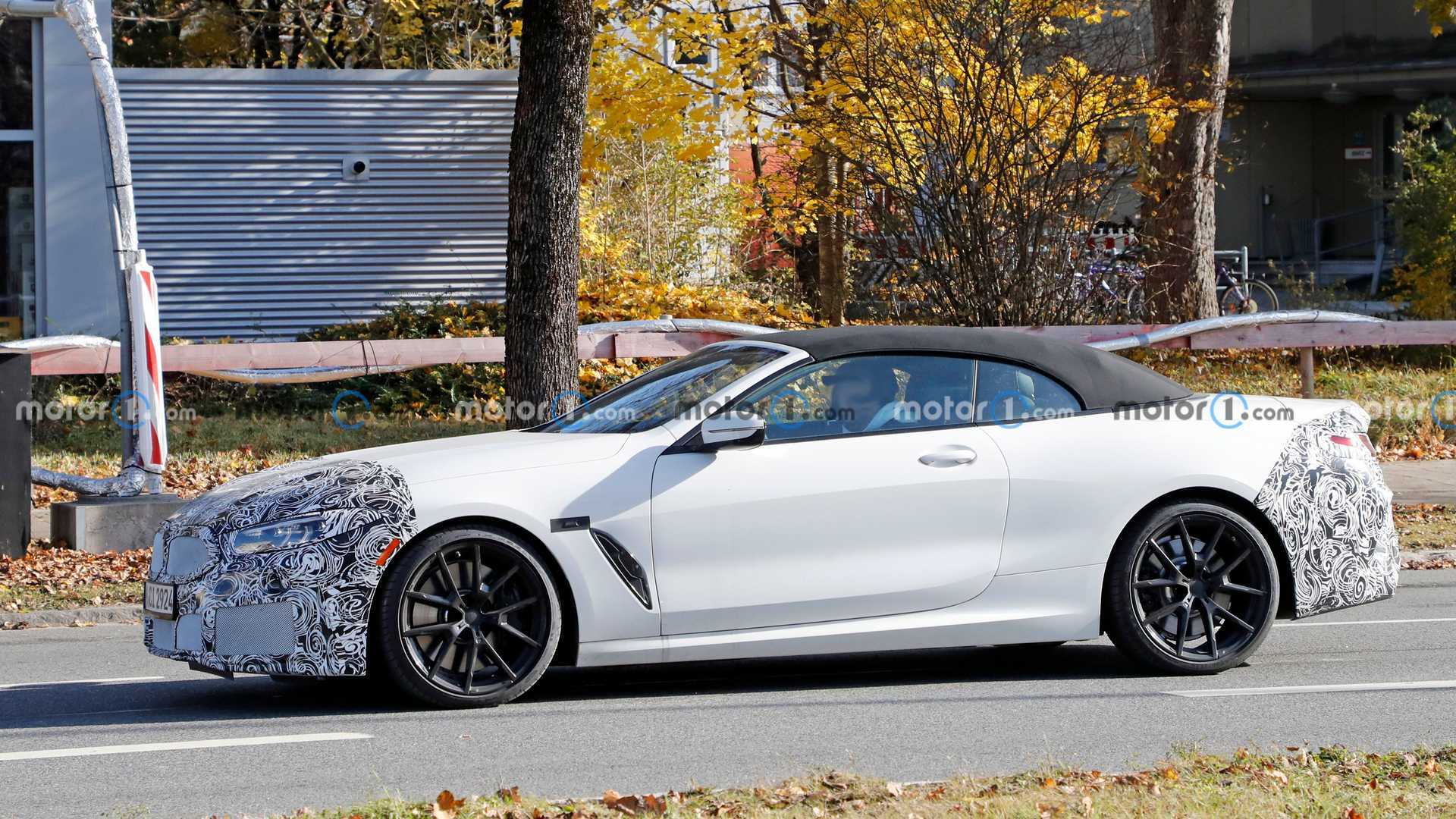 Differences between the new coupe, Gran Coupe, and convertible should be more pronounced in the rear, though changes from the current model appear to be very slight on all fronts. These fresh convertible spy shots suggest the taillights will see a minor redesign, along with very small changes to the scalloped corners of the rear fascia.

The current sighting focuses exclusively on the exterior, but our previous batch of convertible spy photos confirmed a larger center infotainment screen is coming for the interior. We don’t expect any powertrain changes, though slight bumps in horsepower are always possible.

There’s been surprisingly little activity in the world of 8 Series test cars, at least in public. The images in this article capture a prototype on the streets of Munich, but we’ve only had a handful of sightings of all 8 Series styles throughout 2021. Exactly what that means with regards to a debut is pure speculation at this point, though a reveal sometime in early-to-mid 2022 as a 2023 model is certainly plausible.