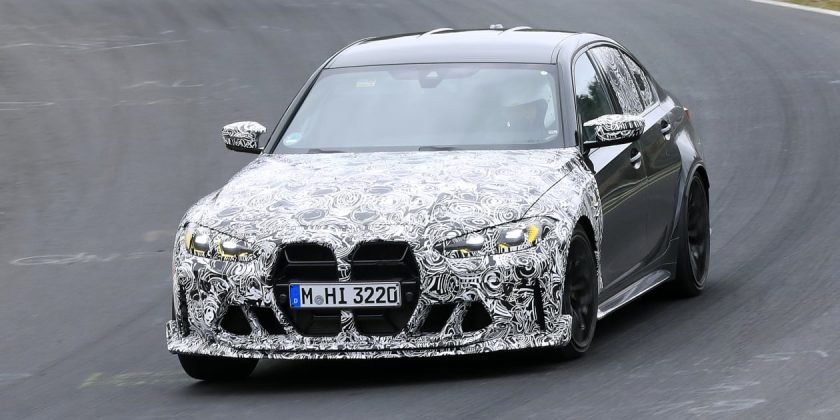 The current generation of BMW M3 will gain a new range-topping CS model and we suspect it will make its debut at this year’s 24 Hours of Daytona on the 28 of January. The event will also stage the competition debut of BMW’s M Hybrid V8 race car in the 2023 World Endurance Championship.

CS stands for ‘Competition Sport’ in BMW-speak and as with the previous F80-generation M3 CS, the new model will bring a few performance and visual tweaks to stand out from the existing M3 Competition model.

The old M3 CS launched in 2018 as a special run-out version, adding an extra 10bhp and 50Nm of torque, more extensive use of carbon fibre, a tweaked damping setup and a much higher price tag. We expect the new CS to follow a similar brief when it hits the road later this year.

Judging by these spy pictures, the M3 CS will borrow styling details from the new M4 CSL, with the same kidney grille and lower air intake design and a more aggressive splitter. Unlike the M4 CSL there’s no ducktail bootlid spoiler at the rear however. The headlights have a yellow hue to them, just like the M5 CS’s units.

BMW has shown us that it can extract 543bhp and 600Nm of torque from the M3’s 3.0-litre twin-turbo straight-six in the M4 CSL and we expect the CS to make use of this same tune. A remap of the M3’s eight-speed automatic gearbox will be in order and standard-fit carbon ceramic brakes should be expected.

The CS name isn’t as iconic as the CSL in BMW parlance so we don’t think it’ll reach the heady heights of the M4 CSL’s £129,000 price tag, but it’ll certainly be a lot more than the M3 Competition’s £75,850 starting price.

Now read our review of the BMW M4 CSL…