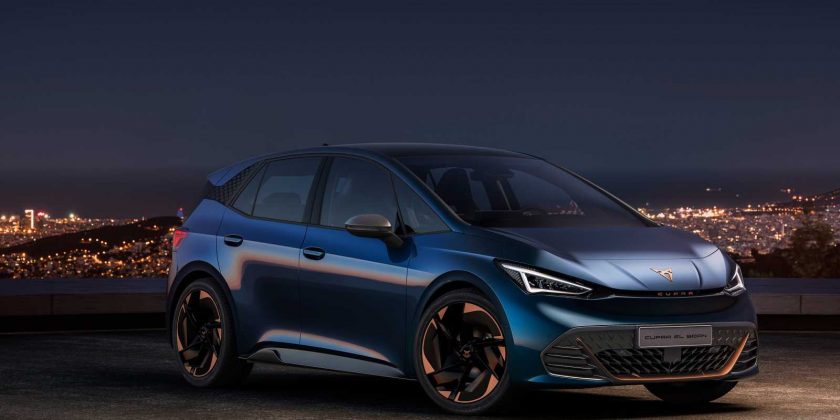 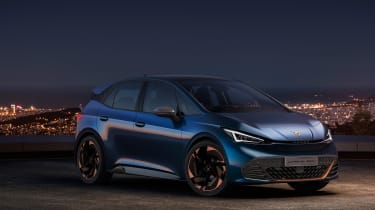 Cupra, SEAT’s sporty spin-off brand, has officially launched its first pure-electric vehicle, called the el-Born. It will go on sale next year, wading into an ever-expanding market of electric hatchbacks, currently dominated by the Nissan Leaf, Kia e-Niro and the new Volkswagen ID.3.

In essence, the Cupra el-Born is a production version of the SEAT el-Born concept from the 2019 Geneva Motor Show – although the show car’s SEAT badge has been dropped in favour of the more premium Cupra moniker.

Like the VW ID.3, the el-Born is based on the Volkswagen Group’s dedicated MEB electric underpinnings, with an electric motor powering the rear axle. However, unlike its German sibling, the Cupra el-Born has a maximum range of 310 miles, thanks to its 82kWh battery pack – which is the largest unit currently available in any of the Volkswagen Group’s electric vehicles.

Cupra says the el-Born will go from 0–31mph in 2.9 seconds, but the rest of the car’s performance specs are yet to be confirmed. However, back when SEAT was handling the project, the production-ready el-Born hatchback was due to receive a rear-mounted electric motor with “up to 201bhp,” giving the EV a 0–62mph time of 7.5 seconds. 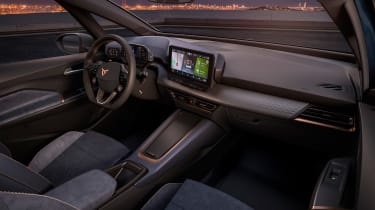 SEAT has also previously said that the Volkswagen Group’s 62kWh battery pack would be available, offering a WLTP range of up to 420km (roughly 261 miles). Whether or not these hardware components will still be available on lesser-specced versions of the Cupra Born is yet to be confirmed.

The platform offers support for rapid charging, which Cupra says will allow 161 miles of range to be added in just 30 minutes. Using a 100kW fast charger, the hatchback will also recover an 80 per cent charge in as little as 47 minutes.

Cupra has also confirmed the el-Born will feature a range of convenience features such as an Augmented Reality head-up display, smartphone connectivity via the car’s infotainment system and an integrated heat-pump system that does not draw energy from the car’s battery pack to warm the cabin, hence preserving the vehicle’s range.

Like all of the Volkswagen Group’s MEB vehicles, the Cupra el-Born has a long wheelbase relative to its overall length – which should allow it to deliver the interior space of a car from the class above. As such, boot space should be on par with the SEAT Leon, but there should be more legroom for rear seat passengers.

The Cupra el-Born’s cabin will be both modern and functional, with a digital instrument binnacle, a floating 10-inch infotainment screen and touch-sensitive controls for the car’s heating and ventilation system. Buyers will also get a pair of bucket seats and a new sports steering wheel.

Given the Cupra el-Born’s upmarket branding, we expect it will stray from the Volkswagen ID.3’s pricing strategy. Rather than costing “the equivalent of a well-specced diesel Golf”, prices will likely be comparable to the current-generation Cupra Leon or Mk8 Volkswagen Golf GTI, starting from around £34,000.

Now read all the latest on the recently launched Volkswagen ID.3 hatchback…