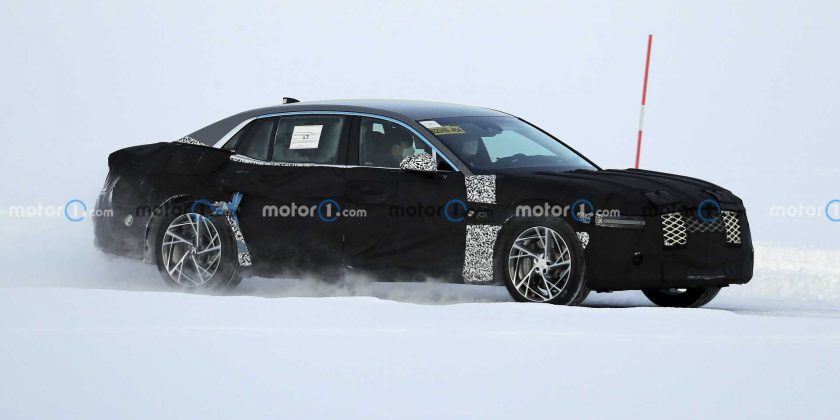 [UPDATE] Additional images have been added. These are showing a different prototype.

The big names in the fullsize luxury sedan segment are freshening up their offerings to capture whatever’s left of the customer base that hasn’t fled yet to SUVs. Mercedes recently came out with a next-generation S-Class, Lexus facelifted the LS, BMW is testing the new 7 Series, while Audi is preparing a mid-cycle update for the A8.

Hyundai’s premium division Genesis is also working on its flagship car by prepping the next G90. Caught testing in the cold, the large-and-in-charge sedan had the upper half of its body completely exposed, revealing the greenhouse. We can already notice a couple of changes in that area, with newly gained tiny fixed glass sections located aft the front and rear pillars. 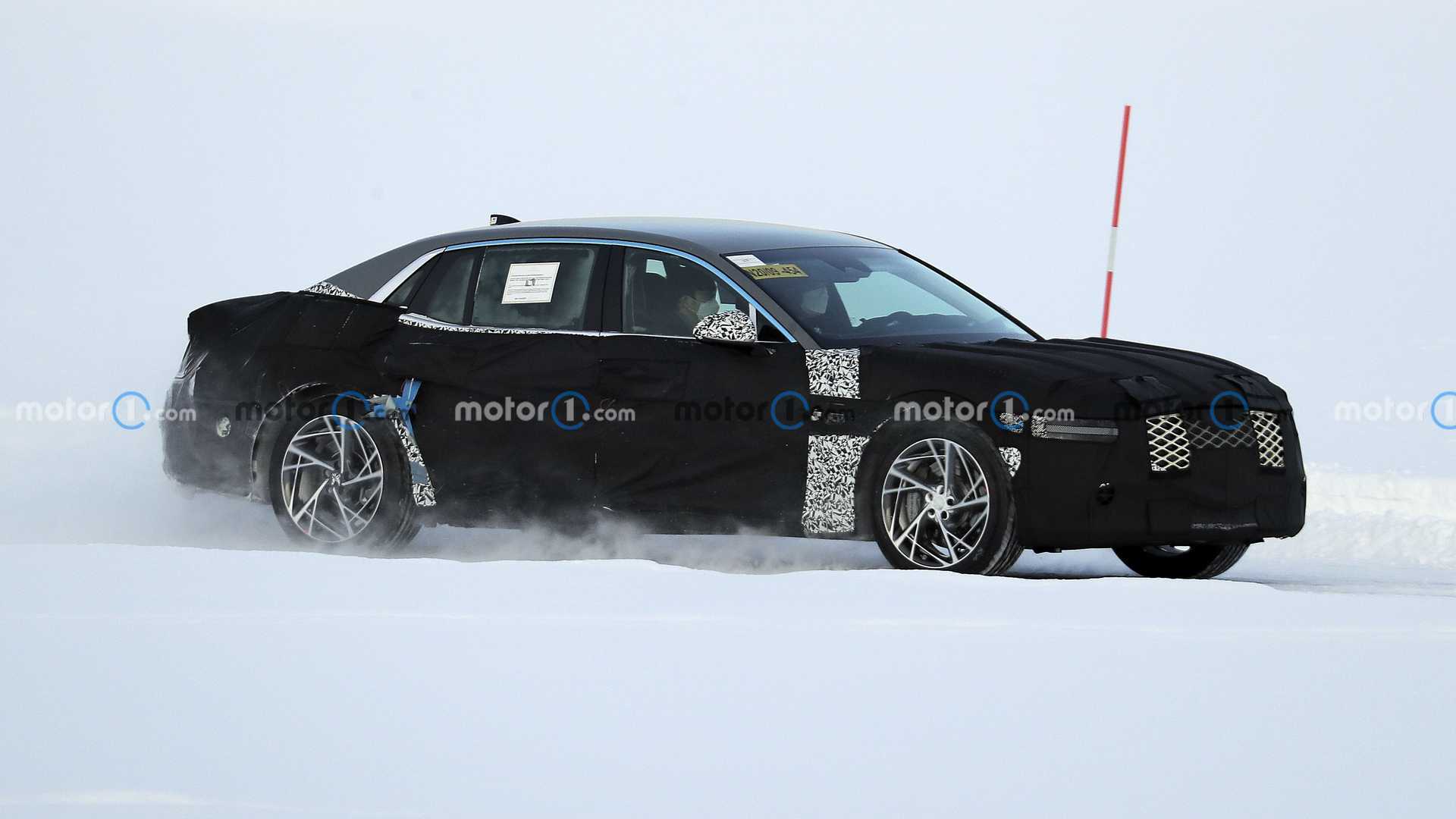 In addition, the beltline is no longer completely flat as it gradually starts to rise where the rear door handles are located in order to meet the small glass added at the rear. Speaking of the door handles, we can’t help but wonder whether there’s a reason why Genesis slapped on an extra layer of camouflage. Perhaps it’s there to conceal a completely new setup for the handles as we’re thinking the G90 might be getting pop-up handles that remain flush with the doors when not in use to improve efficiency. Mercedes took a similar approach with the W223.

The revamped G90 is expected to fully embrace Genesis’ “two lines” design theme and that will bring split headlights. We can’t see the new layout in full due to the heavy camo, but it would make sense for the range topper to adopt the new look implemented in the lesser models of the range. The prototype caught on a frozen lake in Sweden had some special wheels with an impressively intricate design, revealing the Genesis-branded front brake calipers.

Our spies weren’t able to take a peek inside the cabin, but in some of the shots attached here, it appears the test vehicle had a new dashboard layout with fully digital screens arranged side by side and housed within a single piece of glass. It is believed the next G90 will be a technological tour de force by offering a level 3-certified autonomous driving system. We’re also hearing it will be available with air suspension for the first time.

Genesis is expected to unveil the new G90 towards the end of the year, with domestic market South Korea getting the luxury sedan first before being introduced elsewhere. It is believed the big 5.0-liter V8 engine will live to see the next generation, but nothing is official at this point. We’re also curious to find out whether there are plans for another Maybach-rivaling stretched version like the one launched locally a couple of years ago.