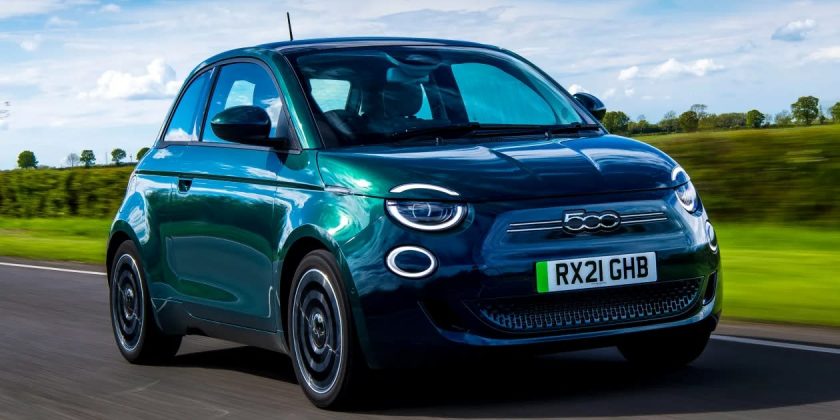 A total of 61 cars have been assessed for the first phase of the LCA under Euro NCAP’s Green NCAP banner, with an electric Fiat 500 coming out as the car with the smallest whole-life CO2 footprint. However, in contrast to its crash test results, Green NCAP is not offering consumers an easy to compare star rating system. Instead it is providing a ‘best and worst case’ range for each model giving an indication of its eco performance.

There are two key rating elements that make up the Green NCAP LCA results. One rating is for lifetime greenhouse gas emissions, which is an indication of how much CO2 a new car will produce from its manufacture, through a lifetime of use based on 240,000km (around 150,000 miles) of driving over 16 years, to recycling at the end of its life.

The second rating is Primary Energy Demand (PED) which calculates the total amount of energy required over a similar cycle of manufacture, usage and recycling – irrespective of how that energy is derived, be it from renewable energy, fossil fuels or nuclear. Interestingly, in terms of its total demand for energy, a diesel Skoda Octavia Estate has the lowest PED rate of all the cars so far assessed.

According to Green NCAP, consumers should attach the same importance to PED as they do to greenhouse gas emissions. “PED represents the sum of all primary energy extracted from nature to provide the transportation, including coal, oil, natural gas, hydro energy, wind, waste, solar and nuclear energy. As energy supplies are scarce and valuable, they should be utilised wisely and the efficiency of all processes in a vehicle’s life cycle maximised,” it says.

Electric vs ICE: which is greener?

As you might expect, NCAP’s results show that a large electric vehicle needs a lot more energy than a small one and that an electric vehicle in general may have similar or even a higher primary energy demand than a comparable conventional car. For all types of powertrain, the highest PED demand is during the usage phase, so it’s important to reduce consumption of fuel – whether electricity or petrol/diesel – as much as possible, the organisation says.

The best and worst case scenarios given for each car reflect different driving styles, ambient conditions as well as the energy mix prevalent in different countries. For example the same battery electric vehicle (BEV) may provide low greenhouse gas scores in Sweden where it’s likely to be charged exclusively from renewable power, but across its lifetime the same car could generate more greenhouse gas than a petrol equivalent in Poland, where most electricity is generated from coal. Likewise a battery EV could lose half its efficiency if temperatures reach -7 degrees.

A significant conclusion drawn by Green NCAP is that “while compact and mid-sized BEV show slightly less life cycle GHG emissions than conventional powertrain cars in the context of the European average electricity mix, big and powerful BEVs may be in the same range as most diesel or petrol vehicles”.

Need to sell your car?

The organisation states: “While it is true that electric powertrains are highly efficient and the ability to recuperate kinetic energy mitigates the energy losses, the impact of mass remains obvious. The LCA analysis also highlights the increased contributions of the production of a heavier chassis, bigger high voltage batteries and the manufacturing of more electric components, like cables and power circuits, to the estimated greenhouse gas output.”

While the UK government is committing £billions to incentivise a rapid switchover to electric cars, Green NCAP’s Technical Manager Aleksandar Damyanov suggests the results of his organisation’s lifecycle assessments show EVs are not a panacea for the climate crisis.

We asked Damyanov whether, given the relative parity between EV and ICE for lifetime greenhouse emissions, it was right for policymakers to focus so much attention – and cash – on incentivising EVs.

“I’m not sure I can state that,” he says. “If the target is reducing CO2, we have options. There is justification for electric if I’m driving only a few kilometers every day, if I don’t need a big car, and if I can charge with a good renewable energy mix. If I’m using an electricity mix that is dirty, and the calculations are not better than a conventional vehicle, I would say something different.”

Illustrating the point, Damyanov contrasts the car producing the least lifetime C02 – the electric Fiat 500 – with the Ford Mustang Mach-E: “A 2.2 tonne electric vehicle with a 300 kilowatt battery is not nature friendly,” he says. “Of course you can charge it with a hundred percent renewable electricity and this will be better, but in reality who is doing that?”

Damyanov maintains EVs tend to be compared in best case scenarios, driven by renewable electricity or nuclear electricity, which makes their carbon footprint look advantageous. “This is the political climate that we have now,” he says. “The European commission [like the UK] provides no benefits or incentives for renewable eFuel, so it distorts the balance in favour of EVs. The optimal solution means leaving all possibilities open, so the target should not be to put electric vehicles on the market, but to reduce C02. If a vehicle is emitting nothing in England, but is produced with dirty energy in China, how does that help?”

According to Damyanov there should be much greater focus on eFuels in future, synthesised from renewable or nuclear energy. “The internal combustion engine has a very bad image,  but it is not the engine, it is the fuel that we put in it. If we fill it with dinosaurs, that is our problem. It will burn what it has to burn.”

Damyanov says he’s under no illusions that his work will draw criticism. “There are people who see only black and white, and there are the EV freaks and the petrolheads,” he says. The only thing we can do is serve the customers, the consumers, who are the biggest stakeholder that we have.

“If you see a commercial for a big electric SUV, and it says ‘save the planet’, is it really doing that? The manufacturer will say, yes, of course, and others will provide arguments from the other side. Our role is to inform the best way we can, in a very neutral manner.”

Electric cars vs petrol cars vs hybrid cars : which engine choice is right for you? Click here to find out more…