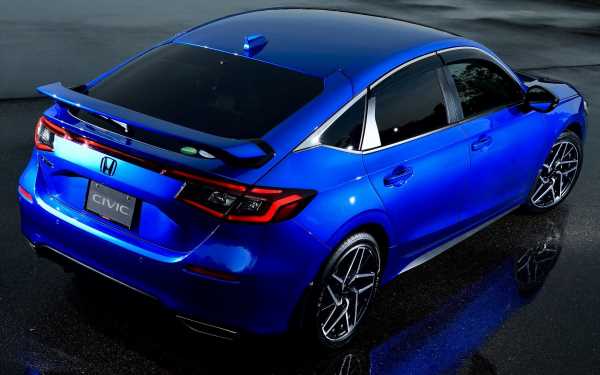 Honda has revealed the 2022 Civic Hatchback and with that, the company also announced plans to introduce and sell both a hybrid version of the latest Civic, as well as the new Civic Type R next year.

No further details were mentioned, but there have speculation of the next-gen Civic Type R getting a plug-in hybrid system. Japan’s Best Car goes as far as saying that next hot hatch will add three electric motors to today’s 2.0 litre turbo-four engine for 400 PS and all-wheel drive.

On the other hand, a Honda USA rep has confirmed that the next Civic Type R will have a manual gearbox as standard. A manual PHEV? Not saying that’s impossible, but it’s unusual for sure. Honda has mated a stick shift to a regular hybrid before with the CR-Z, but it would be a surprise if the FK8’s replacement has both a PHEV system and DIY gearchange – we’ll see. As for the Civic Hybrid, Honda says that it will come with the firm’s two-motor e:HEV system. Honda Europe has confirmed that the Civic Hatchback will be offered in the continent in autumn next year exclusively as a hybrid. That’s in line with Honda’s goal to have all its European mainstream models to feature electrification by next year.

In the new HR-V, where the e:HEV is also the sole option in Europe, the system combines two electric motors with a 1.5 litre i-VTEC petrol engine, with output from the propulsion motor rated at 131 PS and 253 Nm of torque at 4,500 rpm. Compared to our City RS e:HEV, the electric motor here makes 22 PS more. The Atkinson-cycle engine that juices the motor produces 106 PS (8 PS more) and 127 Nm.

Basically, the engine functions mainly as a generator with the help of an integrated electric motor, which also acts as a starter. There are three interchangeable drive modes, automatically selected for the situation. e:HEV cars pull off in electric mode, seamlessly changing to hybrid mode when the engine is under high-torque demand, with the petrol engine going solo when driving at higher, more constant speeds. There are also three performance modes – Sport, Normal and Econ – while the B drive mode can be selected through the gear lever for stronger regenerative braking and a more EV-like experience. The level of energy regeneration and the strength of engine braking can be adjusted via the Deceleration Selector behind the steering wheel.

Both NA and turbo engines come standard with a CVT automatic, but the good news is that hatchback buyers get the option of a six-speed manual gearbox. Honda already makes some of the best stick shifts in town, and this new 6MT has been revised “for an even sportier feel” with improved shift rigidity and shorter throws. A new dual-mass flywheel helps reduce noise and vibration. More on the new Civic Hatchback here.