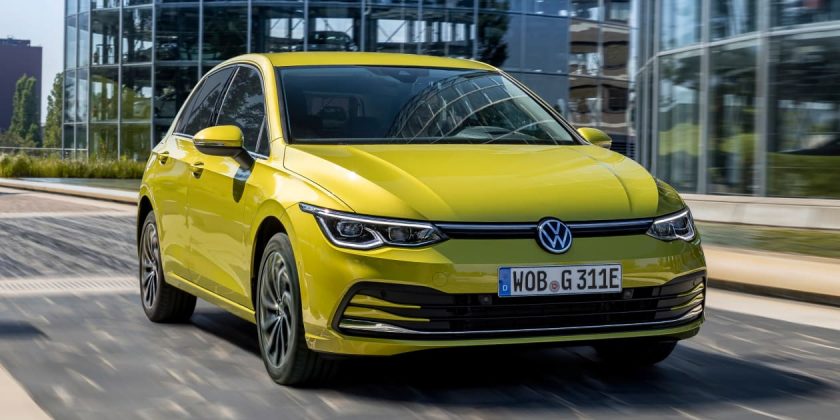 This is the new Volkswagen Golf eHybrid. It’s a cheaper plug-in hybrid version of the family hatchback, which sits alongside the Golf GTE in the German brand’s line-up. Prices start from £32,995

The Volkswagen Golf eHybrid is powered by a detuned version of the GTE’s powertrain, which uses a 1.4-litre turbocharged four-cylinder petrol engine and an electric motor. This is fed by a 13kWh lithium-ion battery pack mounted under the rear seats. Drive is sent to the front wheels via a six-speed automatic gearbox.

Power and torque figures stand at 201bhp and 350Nm respectively, which Volkswagen says is enough for a 0-62mph time of 7.4 seconds and a top speed of 137mph.

More importantly, the Golf eHybrid offers claimed fuel economy of up to 235mpg and CO2 emissions as low as 21g/km, which place it in the lowest road tax bracket. On a full charge, the hatchback will cover 44 miles on electric power alone, and can travel at up to 80mph in e-mode.

Unlike the Golf GTE, which has five driving modes (including a Sport mode), the Golf eHybrid makes do with just two. E-Mode forces the car to drive on electric power alone, while Hybrid mode automatically manages the amount of electrical assistance.

Volkswagen says that, providing there’s enough power in the battery pack, the Golf eHybrid will always set off in E-Mode. The system can also be configured to save a set percentage of charge for later in the journey, (if the driver knows they’ll be entering an emissions controlled zone, for example), using a menu on the infotainment system.

Now read our review of the new Volkswagen Golf GTE…