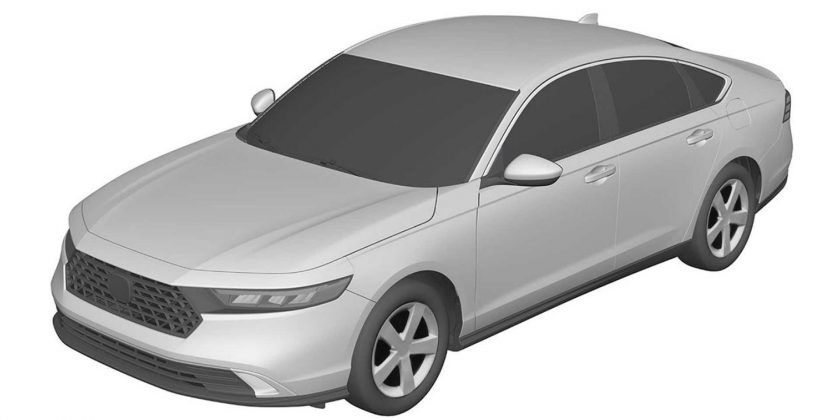 Our spy photographers first caught the 2024 Honda Accord for the first time late last month. It didn’t take long for those spy shots to turn into renderings, and now we have patent images that peel away the camouflage to reveal Honda’s redesigned sedan.

The new patent images, filed with the Brazilian government, reveal the four-door from every angle. The images match the car in the spy photos. The new Honda will receive a brand-new face with a reshaped grille, new headlights, and a fresh bumper. The headlights are slim and sit next to a trapezoidal grille reminiscent of the late Ford Taurus. The car also features a narrow lower grille opening.

The new Accord will retain the current car’s swooping roofline, ending in an all-new rear-end design. The Accord’s revamped backside features new taillights that stretch toward the vehicle’s centerline, where the badge would reside. The sedan also receives a new rear bumper that looks similar in style to the new Civic’s.

Honda has already confirmed that it will offer a new hybrid variant with the redesign, which the company said it would unveil after the CR-V Hybrid. The crossover has already debuted, and it will be on sale before the end of the year, which means the Accord’s reveal should be next to break cover.

Honda will likely revamp the Accord’s interior alongside the exterior redesign. The car should receive a cleaner overall design packed with the latest technology and screens.

We don’t know precisely when Honda will reveal the sedan, but it could happen later this year or early next. The new Accord should arrive in the US market sometime next year for the 2024 model year.