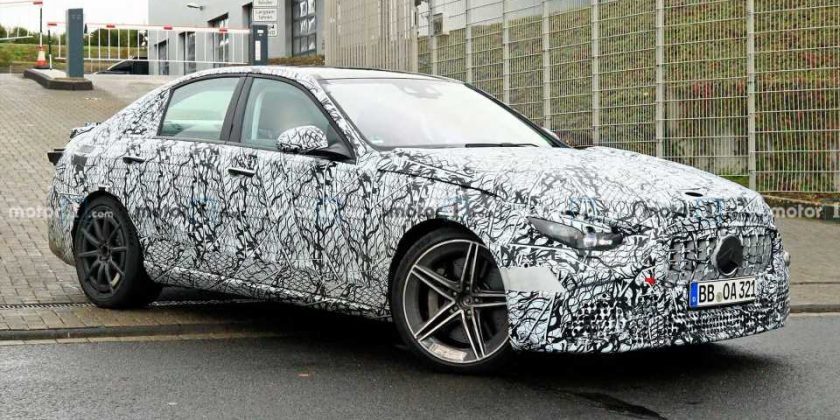 Mercedes could swap its twin-turbo V8 for a four-cylinder hybrid.

Mercedes is busy right now as it introduces new models while giving its existing lineup a thorough refresh. The automaker has already this year refreshed the E-Class and introduced the new generation of S-Class models. Next on the to-do list is the C-Class. Numerous spy photos have shown the model’s various body styles out testing. One has been missing until now– the AMG. These photos gives us our first glimpse at the next-gen Mercedes-AMG C63.

The photos show a heavily camouflage and cladded C-Class, though even the coverings can’t hide AMG’s influence. The car has a noticeably lowered ride height, the sporty-looking wheels tucked under the flared fenders. Adding to its distinct visual identity is the company’s Panamericana grille at the front, and the quad-exhaust sticking out the rear bumper. Those looking for more significant changes to the next C63 won’t find much as the car looks quite similar to the current model. 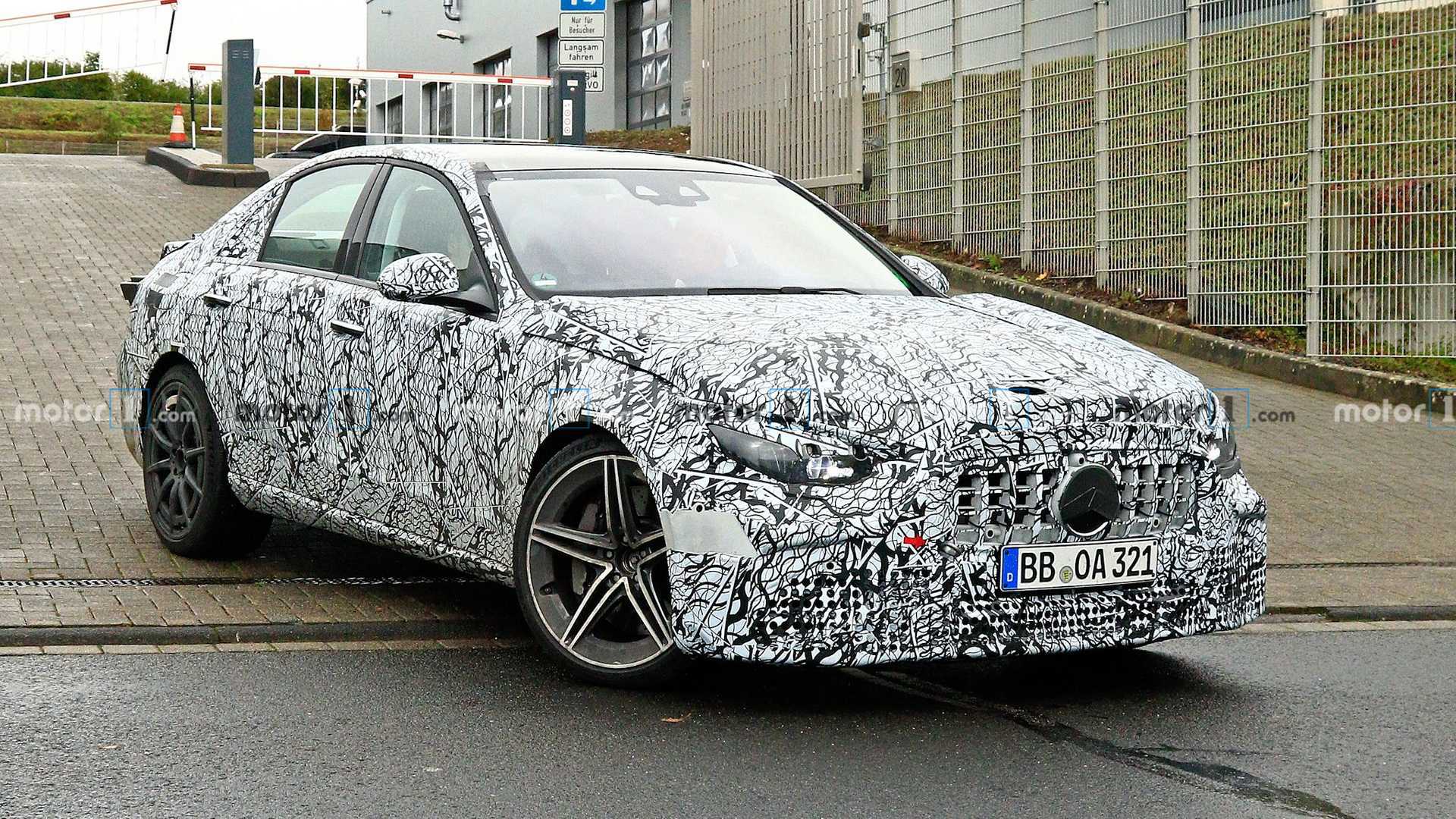 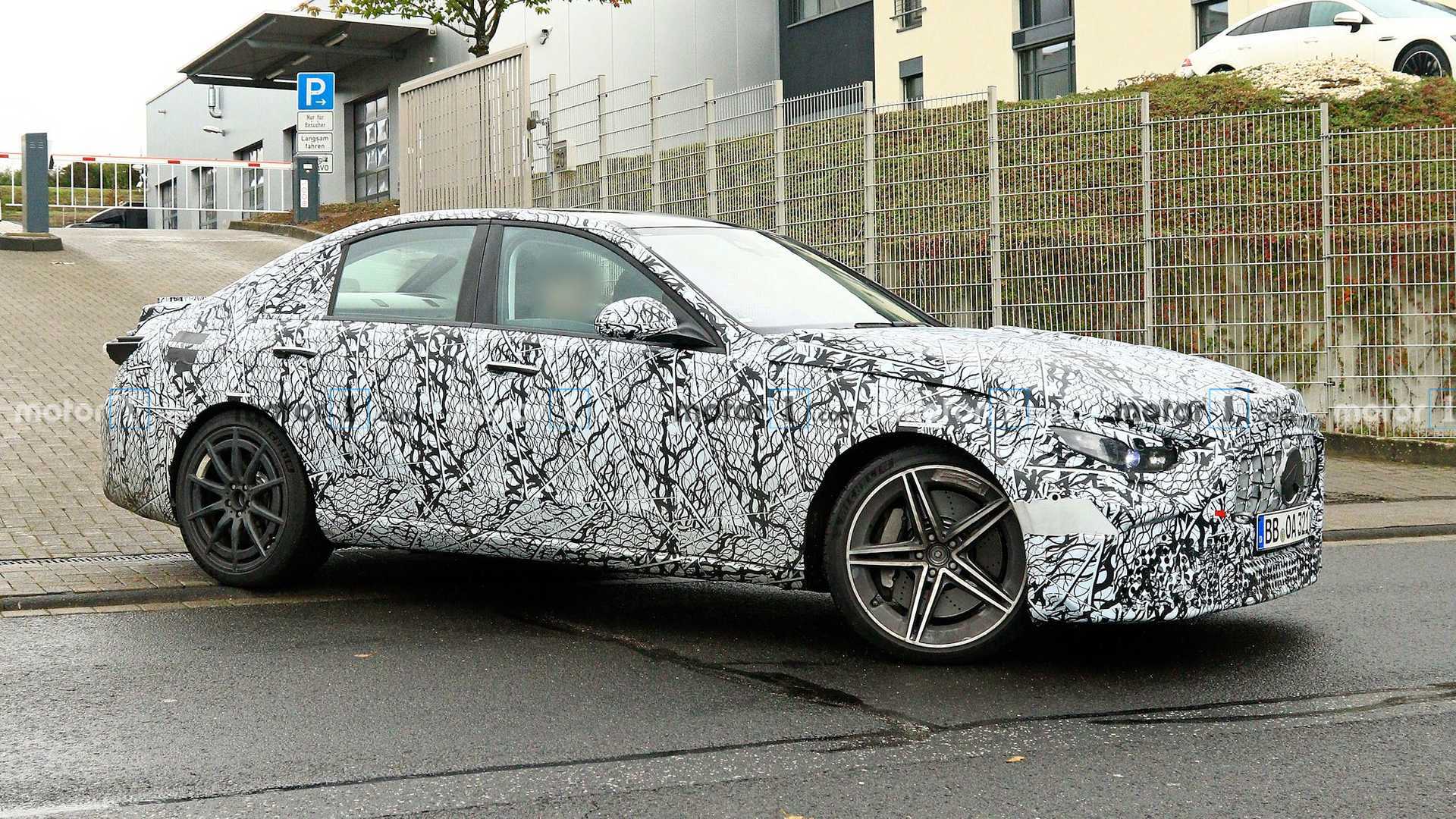 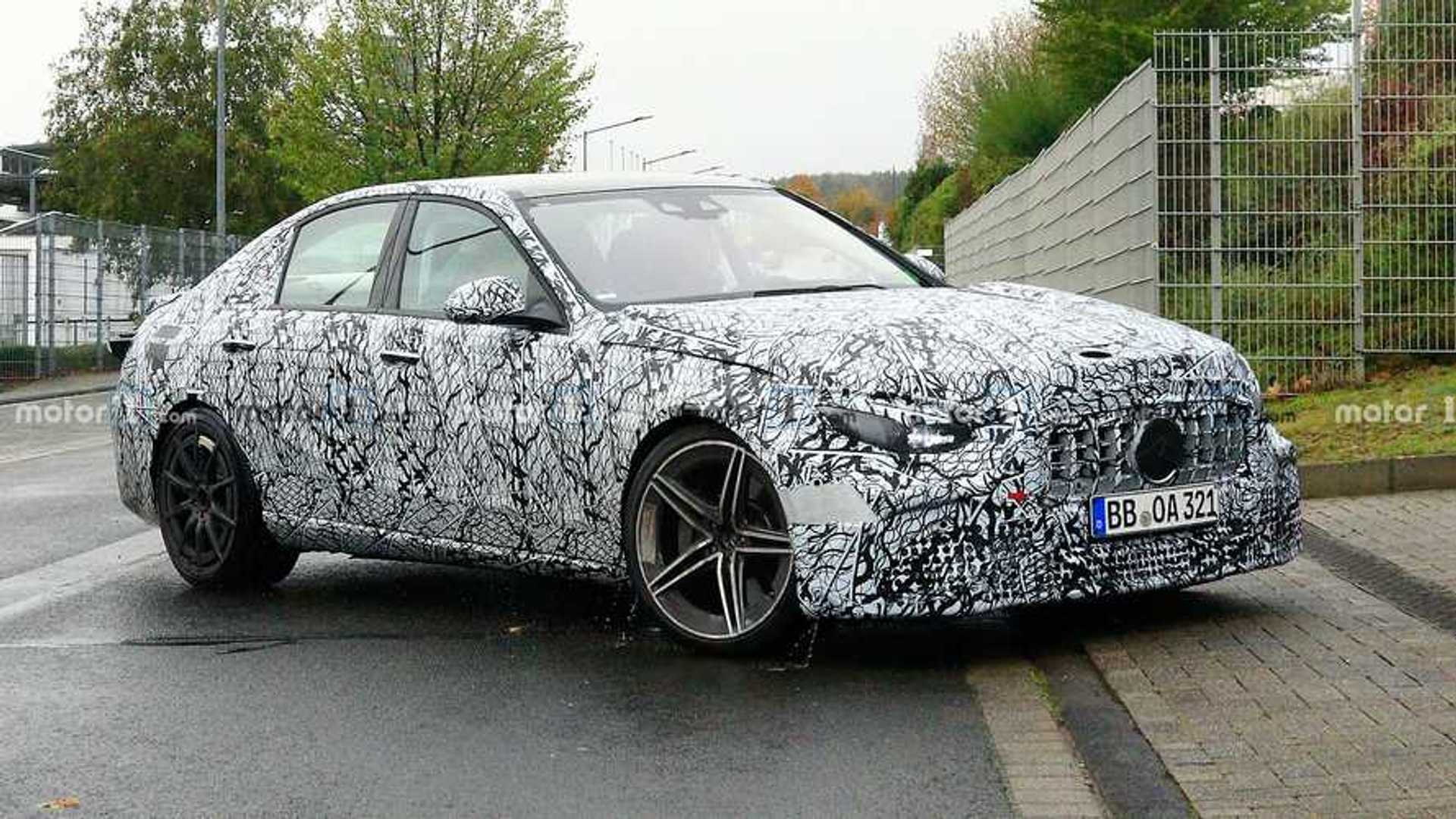 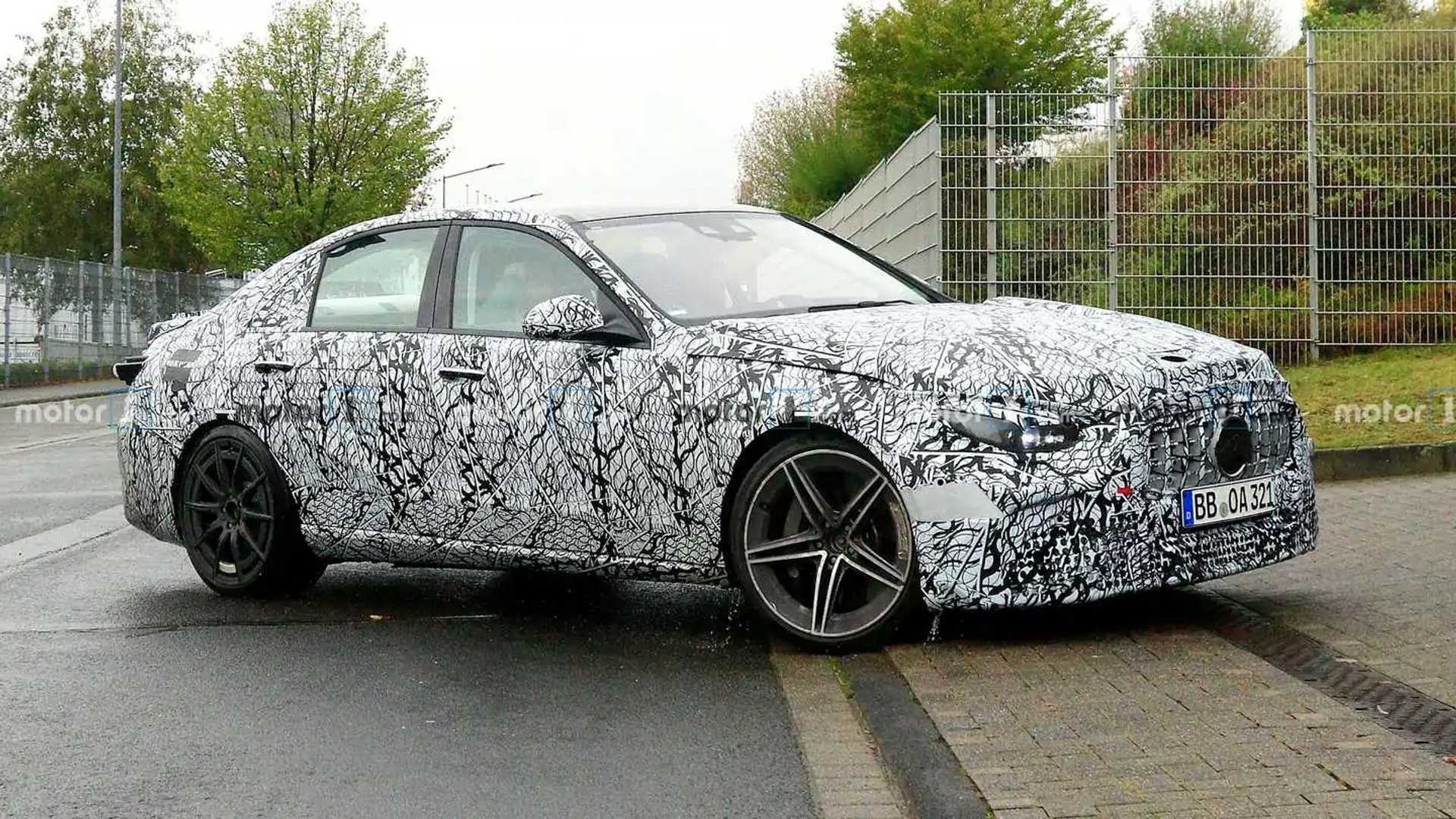 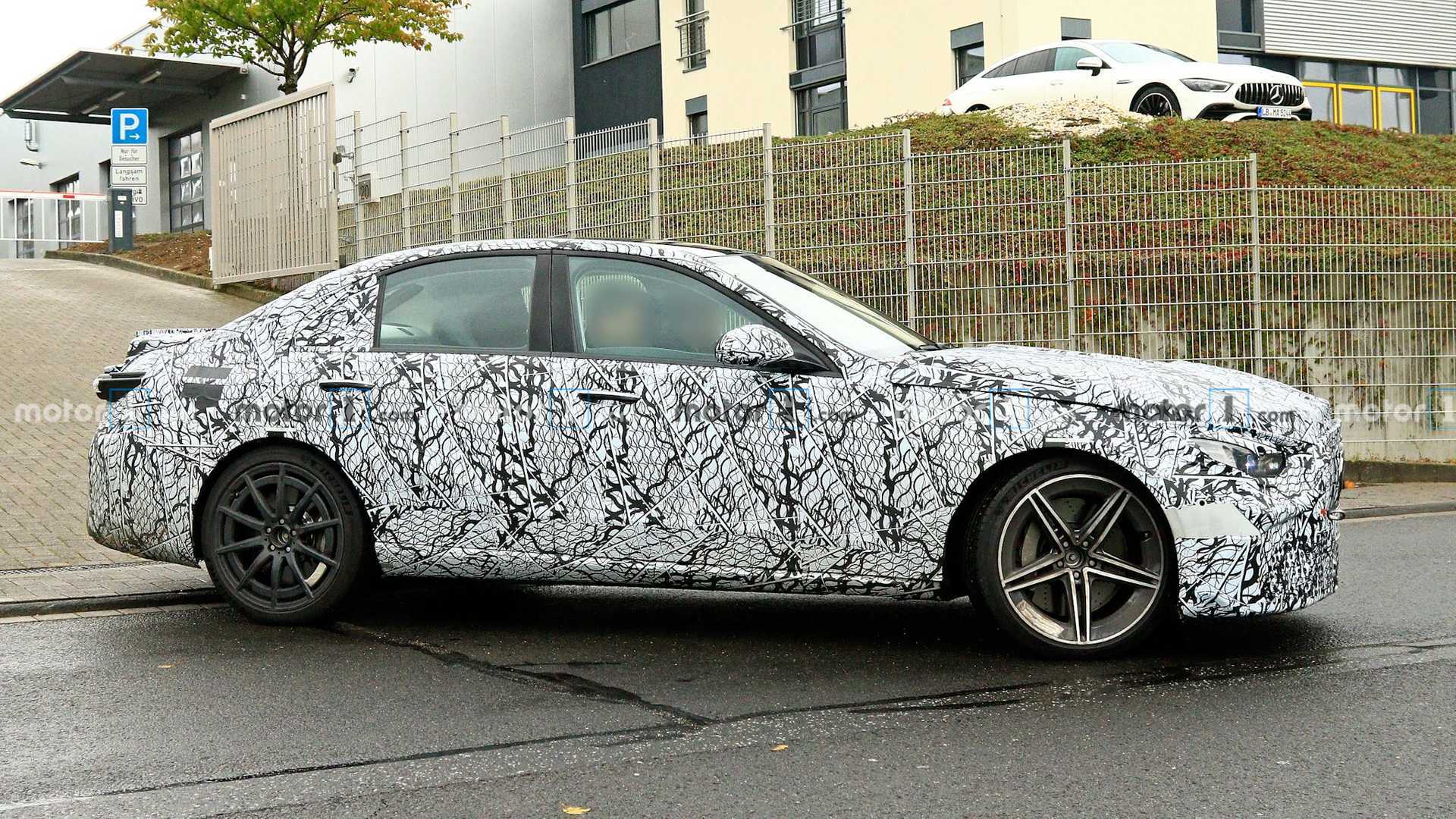 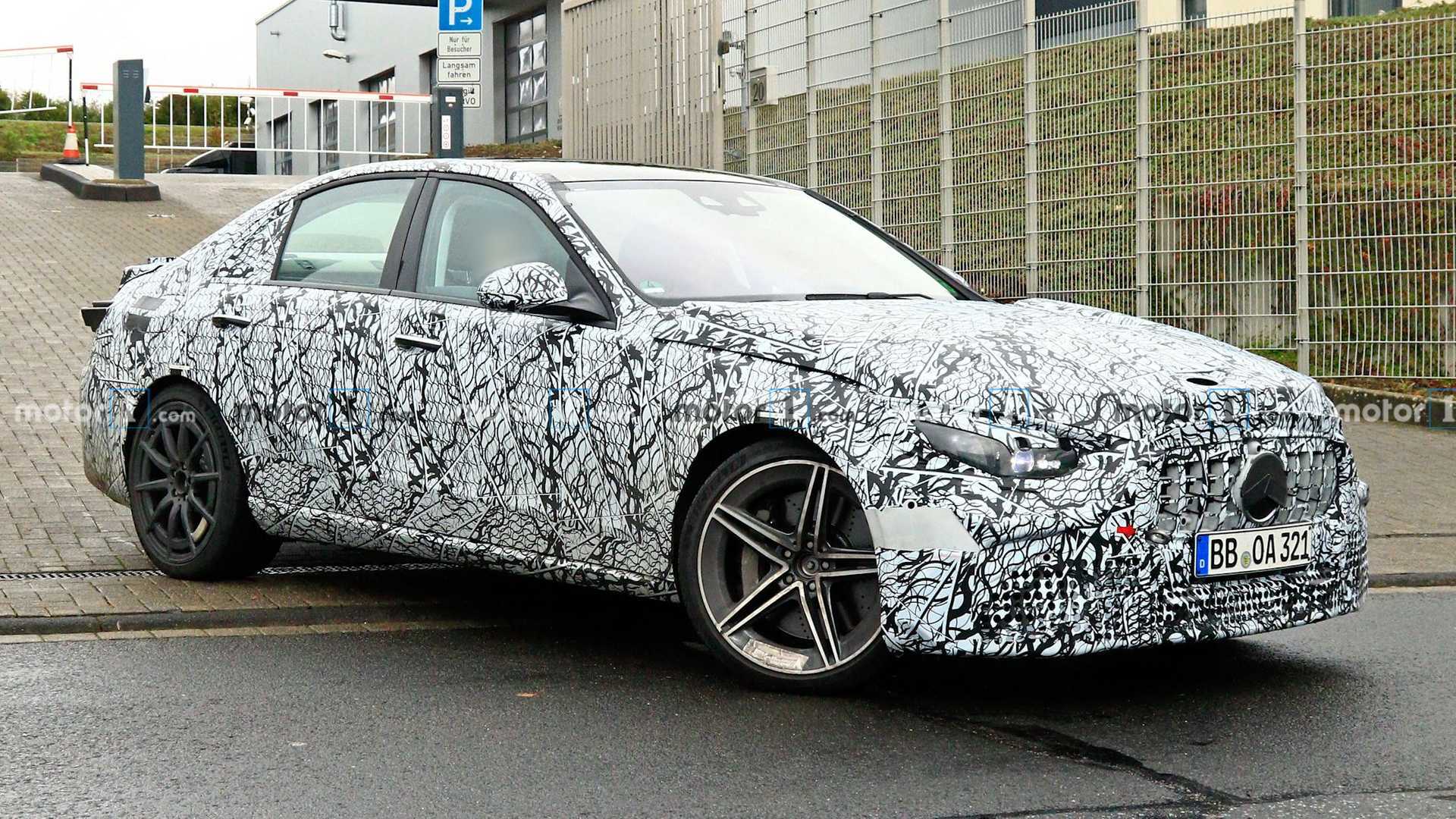 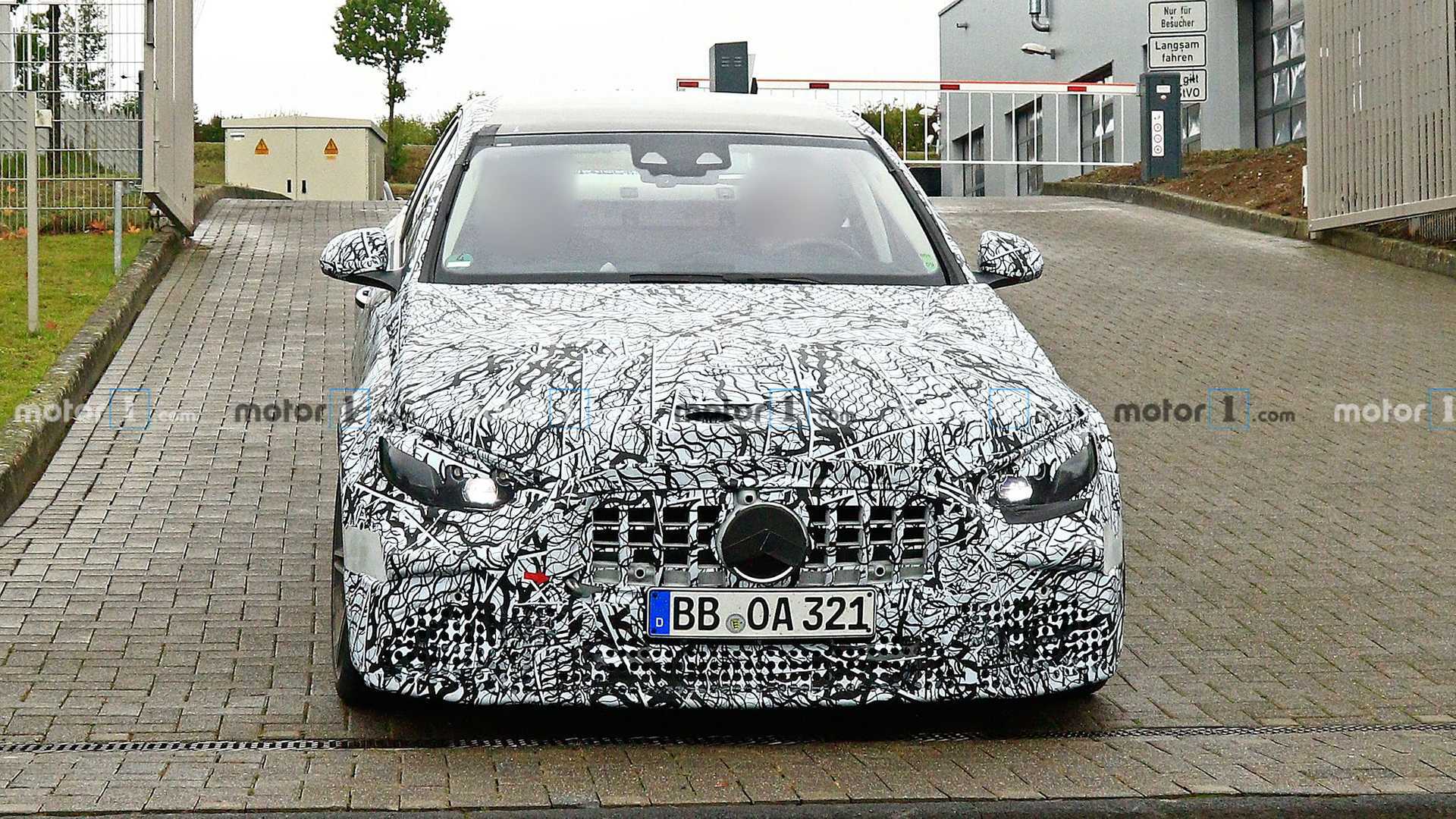 The lack of any significant visual changes shouldn’t be discerning. The car could get a completely new powertrain. Rumors hint that Mercedes could swap out the current car’s twin-turbo V8 for the turbocharged 2.0-liter its offers in the AMG A45 S. It makes 416 horsepower (310 kilowatts) in the sporty A-Class. However, Mercedes would likely add an electric motor to turn the AMG into a hybrid if that happens. The current car produces up to 503 hp (375 kW), and the addition of an electric motor to the four-cylinder engine could easily put the new C63 over that.

We know the first electrified AMG will arrive sometime in 2021 as the automaker focuses on expanding the high-performance brand with electrified vehicles. However, Mercedes could also decide to keep the V8 in the C63 and tweak it and have the brand’s first electrified offering be something else. We won’t know until Mercedes makes it official, which won’t happen until sometime next year. The regular C-Class should debut first with the AMG C63 getting a reveal a few months later.