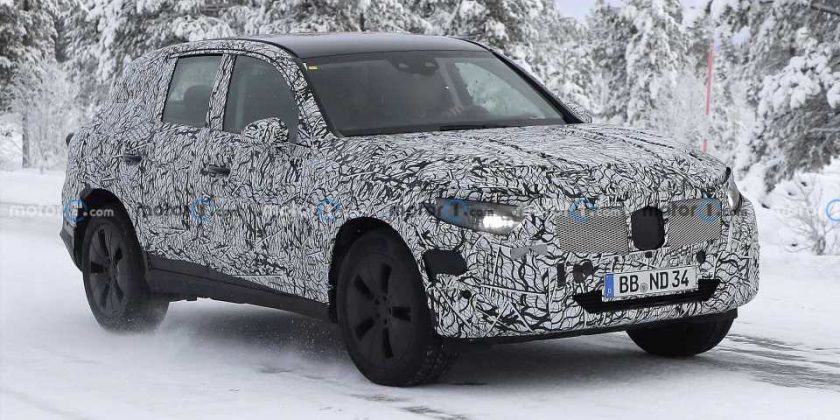 It fails to blend in with the snow-covered landscape.

The Mercedes-Benz GLC was the brand’s best-selling model in 2019, a vital offering in its portfolio. But a lot has changed in the crossover space since the GLC replaced the GLK in 2015. Spy photos of the second-generation GLC appeared earlier this year, providing our first glimpse of the redesigned model. A new batch of spy pics has caught the crossover cold-weather testing near the Arctic Circle.

The new photos show the crossover still covered in camouflage, apparently trying to blend in with its snow-covered landscape. The camo continues to hide the finer details, though it appears to have a longer wheelbase and a lower stance than the current model. That’s likely due to its C-Class underpinnings, which entered its final phase of testing just as the automaker began developing the next-gen GLC. However, don’t expect its proportions to change drastically. 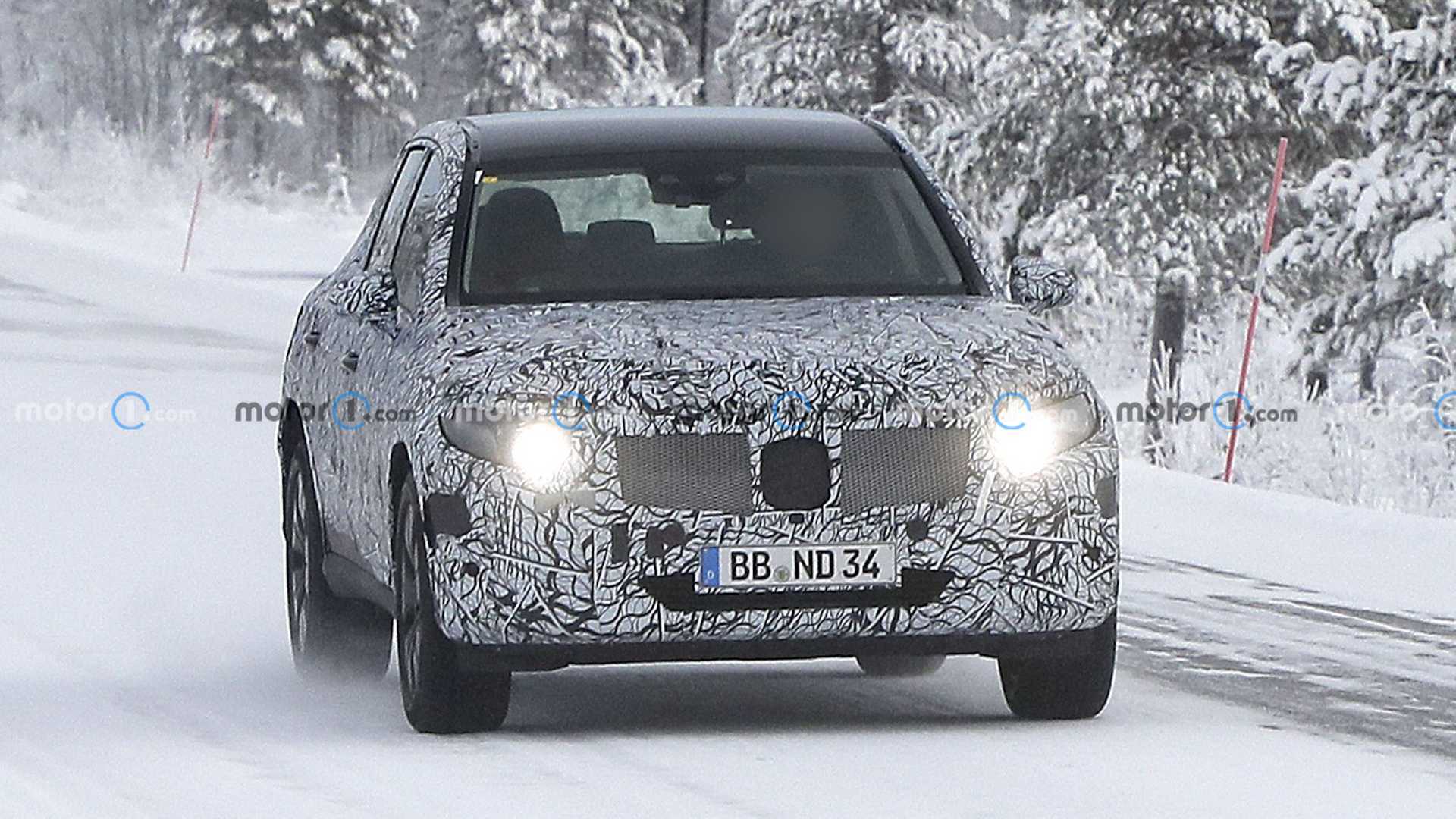 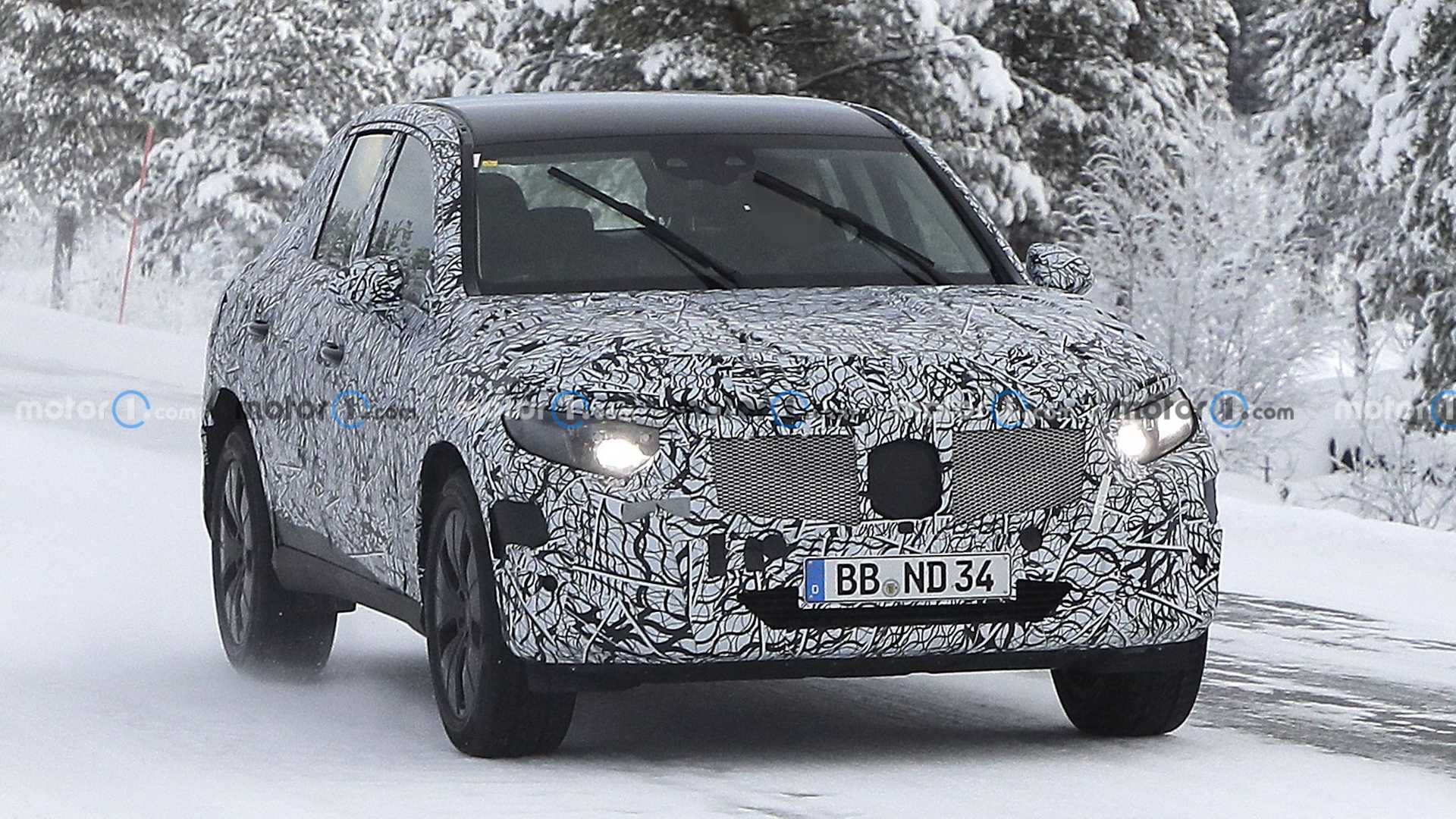 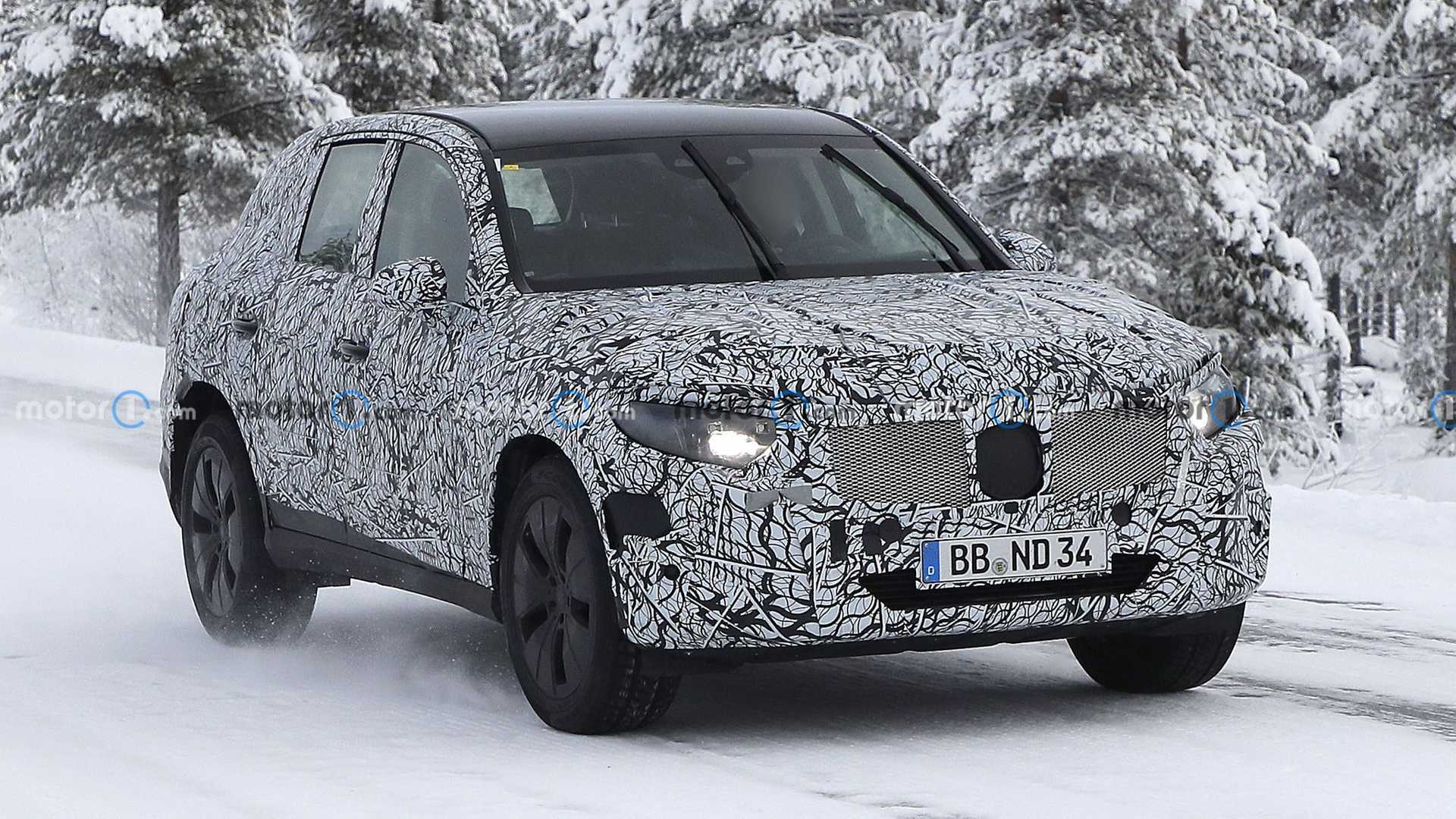 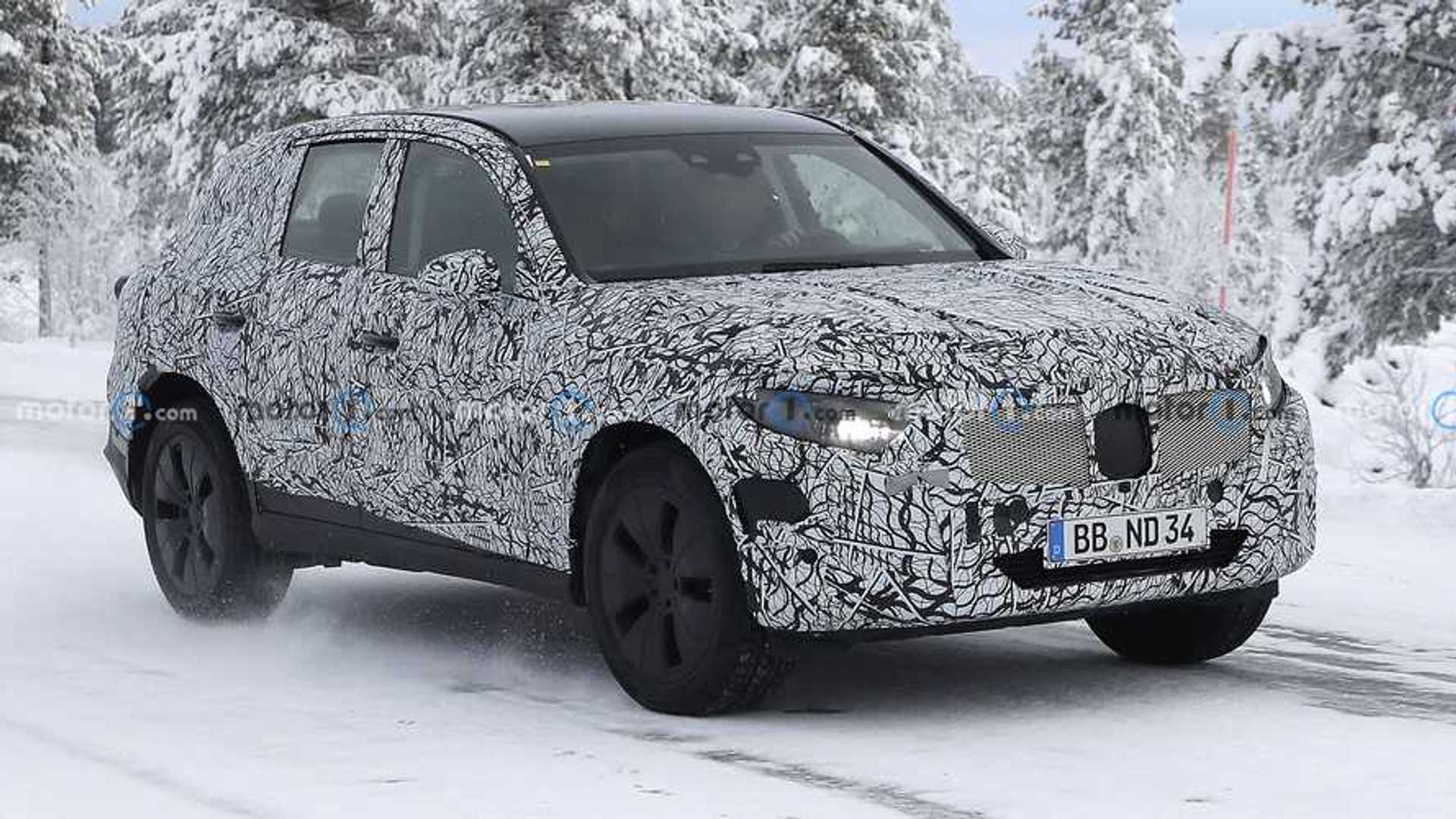 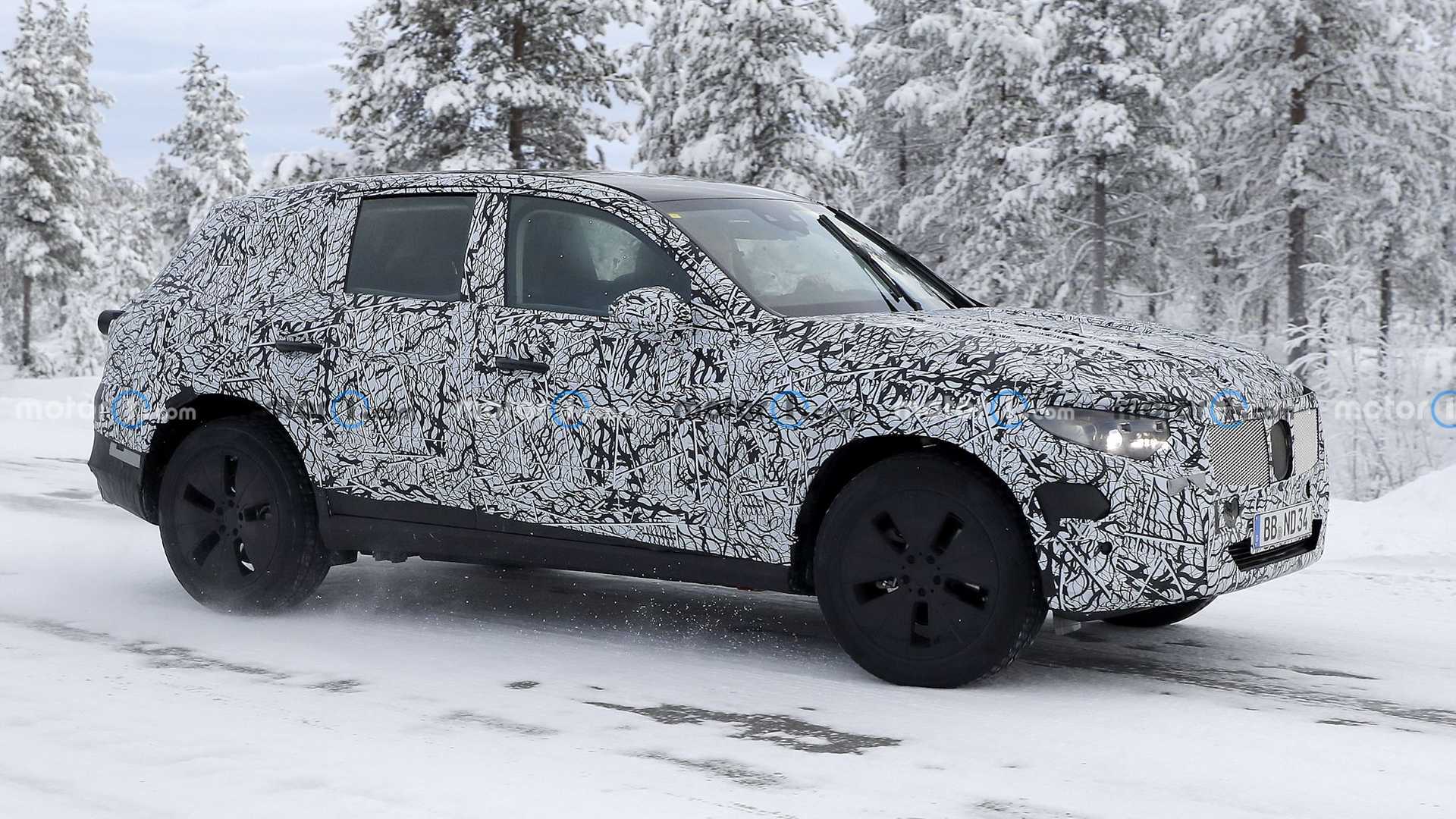 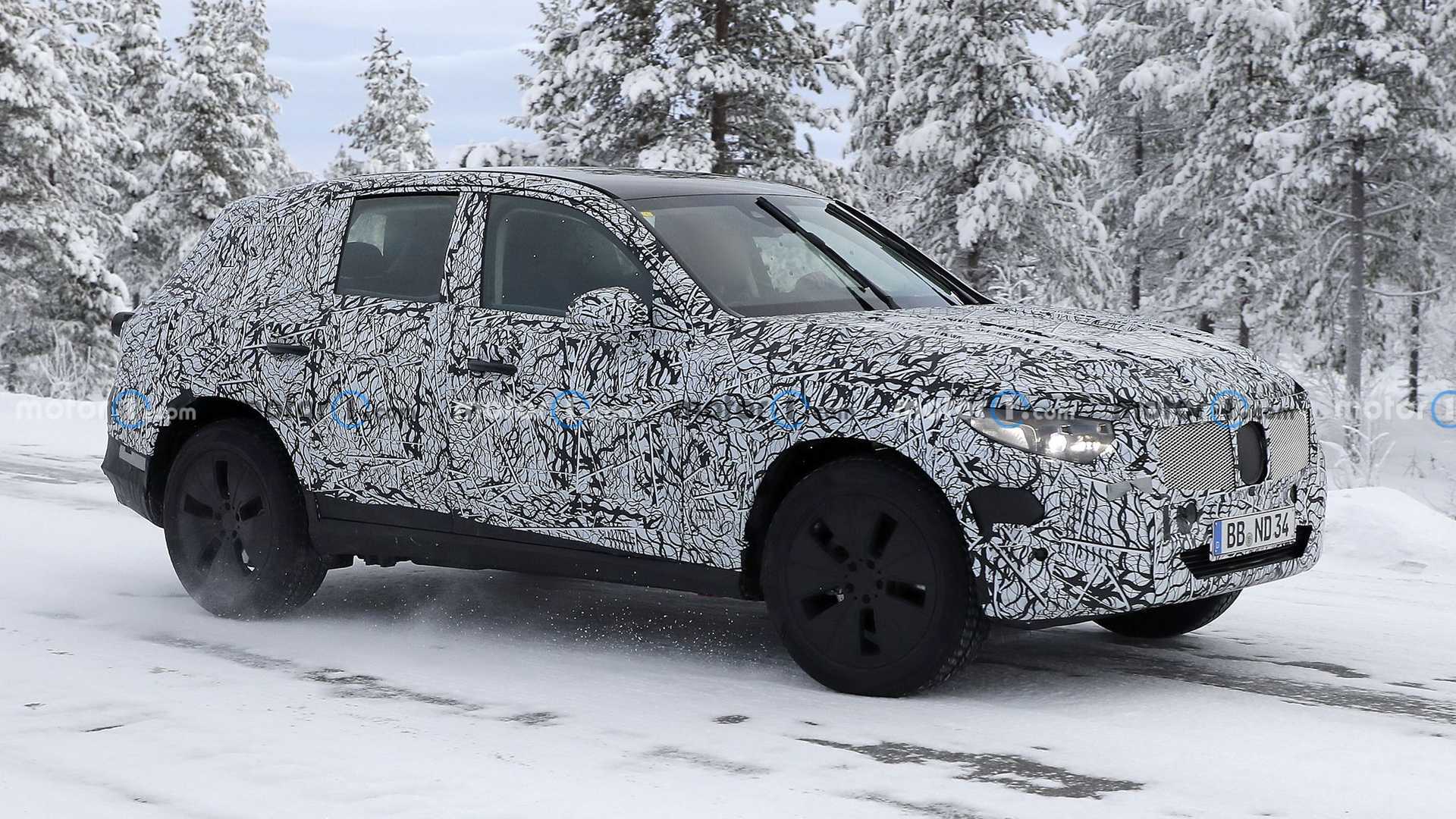 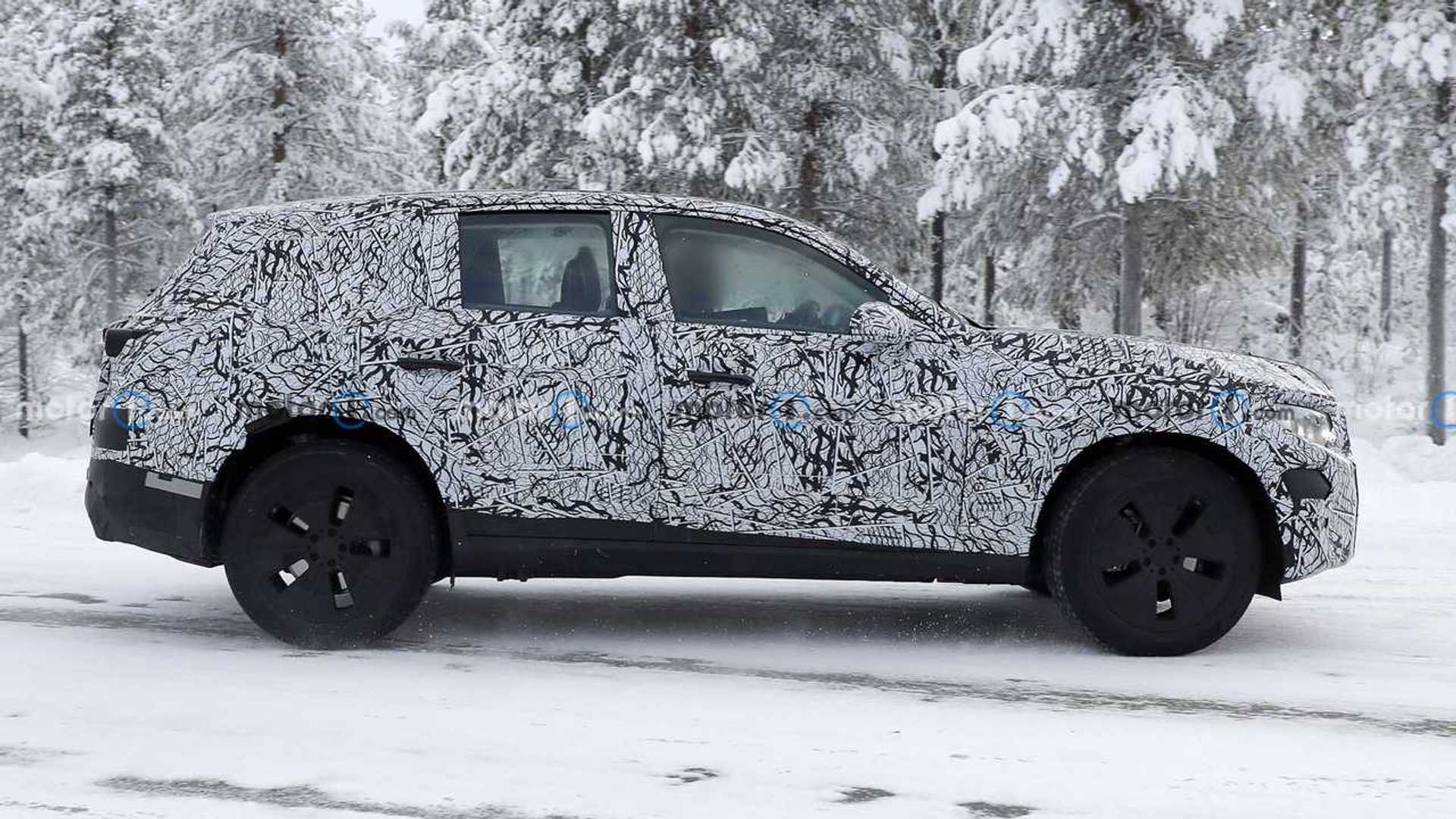 Details about the powertrain remain a mystery, though Mercedes is expected to offer it with a slew of 2.0-liter engines, hybrids, and plug-in models. The most significant change to the car lies inside. The 2020 GLC features a dated Mercedes interior, the model failing ever to receive the brand’s wide panoramic infotainment and digital instrument cluster screen. Instead, the new GLC will receive the brand’s newest layout, putting a giant tablet low on the center console, much like what’s been spotted in C-Class spy photos and revealed in the new 2021 S-Class.

It usually takes Mercedes 18 months to develop a new vehicle, which means we’ll likely see the new GLC arriving sometime in late 2021 or early 2022. With its updated design and stylish interior, the new model should remain the brand’s sales leader. An all-electric EQ-branded variant is also possible, further expanding its appeal when more automakers are entering the EV market.