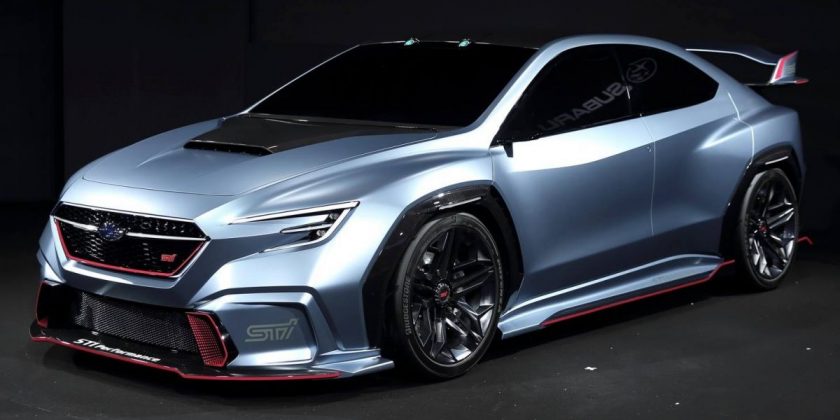 The next-generation Subaru WRX and WRX STI will both use variations of the Japanese manufacturer’s 2.4 litre horizontally-opposed four-cylinder engine, and though this was suggested earlier by a Forbes report back in February, the latest update comes from another report closer to Subaru’s home from Japanese news outlet Car Sensor.

The Japanese manufacturer plans to include the 2.4 litre engine as one of three engines that will comprise 80% of the brand’s global turbocharged engine production by 2021, according to the report. All three will be direct-injection turbocharged engines, and the second engine will be a 1.8 litre unit that will go into the next-generation Levorg, and the third will be a 1.5 litre version to replace the current 2.0 litre NA engine.

The move to a new boxer engine is chiefly to comply with tightening emissions regulations, according to the Car Sensor report, as even high-performance models within a brand’s mode range are not exempt due to the company average fuel efficiency method of measuring used, and therefore these models will have to “earn fuel efficiency with a margin of engine displacement,” the report said.

The next reason for the increase in displacement is motorsport, or lack thereof. Only the All Japan rally championship offers a place for the existing EJ20 Subaru 2.0 litre engine to compete in, the report said, and that alone does not give Subaru enough justification to continue prodution of the engine. The World Rally Championship, for example, is limited to 1.6 litres, and Subaru no longer competes in that category.

Drivability is the third reason for the use of a larger capacity engine in the next WRX and WRX STI, according to the report, as greater displacement requires a less highly-strung engine for a given level of outputs. When the 2.4 litre WRX STI arrives, it has been suggested to boast of at least 400 hp and 490 Nm of torque, or closer to the 421 hp/500 Nm Mercedes-AMG M139 2.0 litre turbo four that Subaru reportedly benchmarked.

The WRX STI Diamond Edition for the South African market was unveiled in November 2018, and is among the last variations of the EJ257 2.5 litre engine that has served for several generations, dating back to 2004 when it was commissioned for the North American market Impreza WRX STI. This produces 348 hp and 464 Nm of torque in the Diamond Edition, or 52 hp and 57 Nm more than the regular WRX STI.

The EJ20 engine in the WRX STI EJ20 Final Edition that bears its designation outputs slightly lower figures, at 308 PS and 422 Nm of torque. In classic WRX STI fashion, drive is sent to all four wheels via a six-speed manual transmission. The 2.0 litre EJ20 mill goes even further back, having served 30 years across various models.

The 2.4 lire direct injection boxer four already serves in the Subaru Ascent SUV, in which it produces 260 hp at 5,600 rpm and 375 Nm from 2,000 to 4,800 rpm, drivign all four wheels through a Lineartronic CVT gearbox with eight-speed manual mode function.