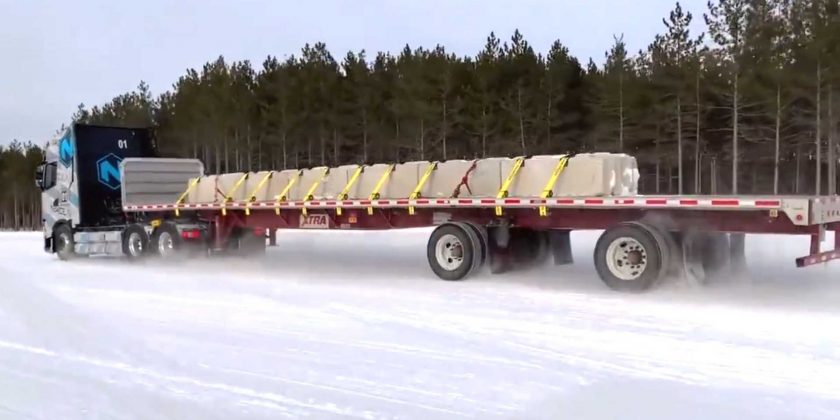 “We’re not in Arizona anymore…”

Nikola has released a short video with a prototype of its battery-electric Nikola Tre semi-truck undergoing winter testing.

The vehicle was shown hauling the trailer with a heavy load:

Nikola already has multiple Tre prototypes in the U.S. In the most recent, third episode of the Driving Change (recorded in January), the company showed off two prototypes at its test facility in Arizona.

“In Episode 3 of Driving Change: Yes, It Can Do That, the Tre team gears up with further commissioning before sending the first of several prototypes onward to its proving grounds. With more validation testing on the horizon, our test driver takes the opportunity to “open it up.””

Each of those vehicles (there will be a total of 14 Alpha prototypes) has its own purpose and individual test program. The trucks were built at the IVECO plant in Ulm, Germany. 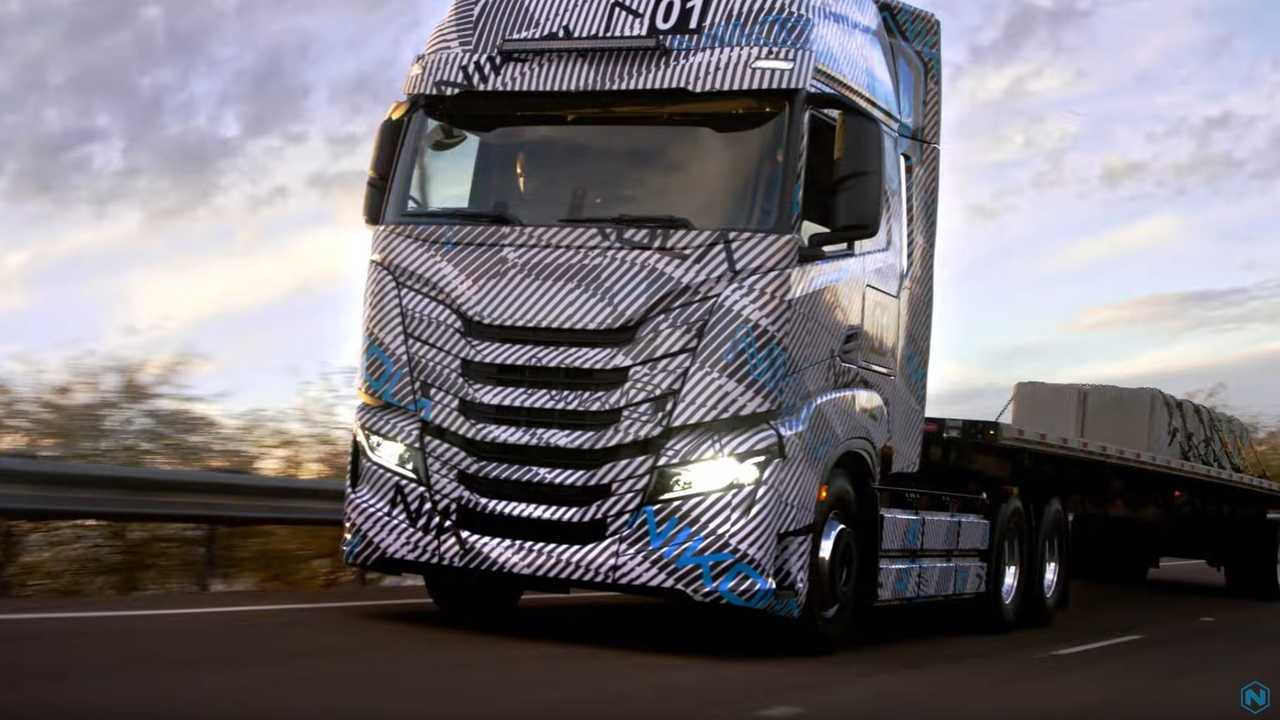 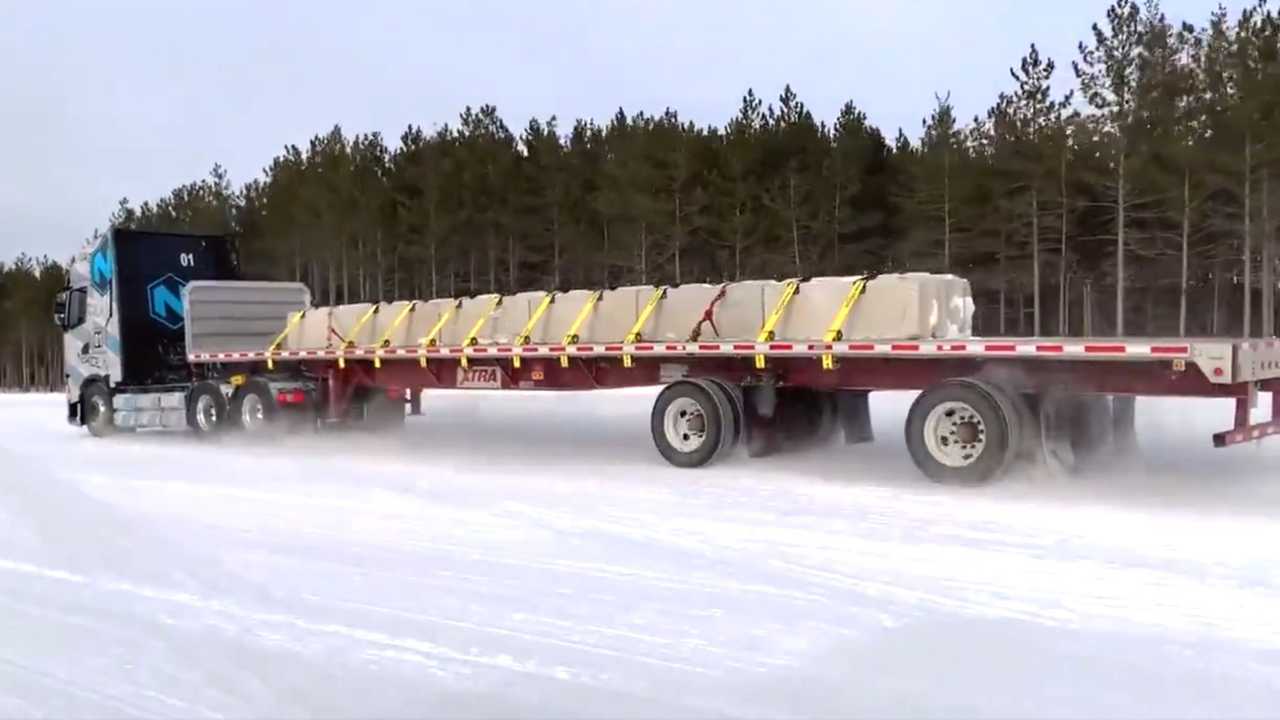 In the video below, the Tre was charged at up to 170 kW (the charging power is expected to gradually increase in the further tests, up to 350 kW).

We can see the vehicles accelerating and decelerating, as well as hear the EV-specific sound of the electric powertrain.

Time will tell how well the European-style trucks, all-electric by the way, will cope on the North American market. With the Tesla Semi just around the corner and several other models from established manufacturers, it will tough competition.