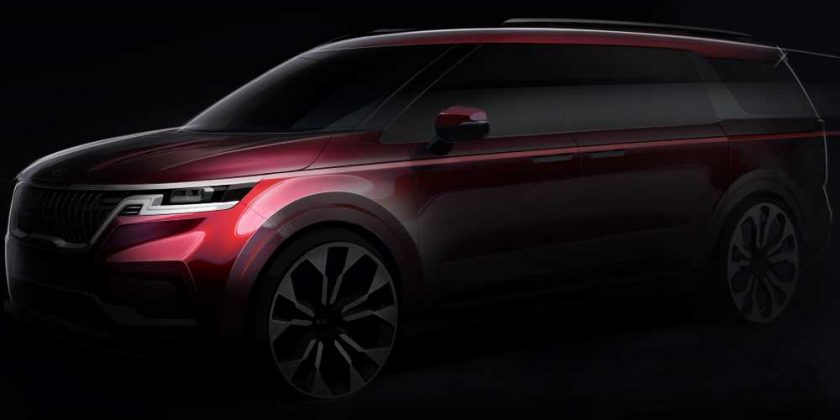 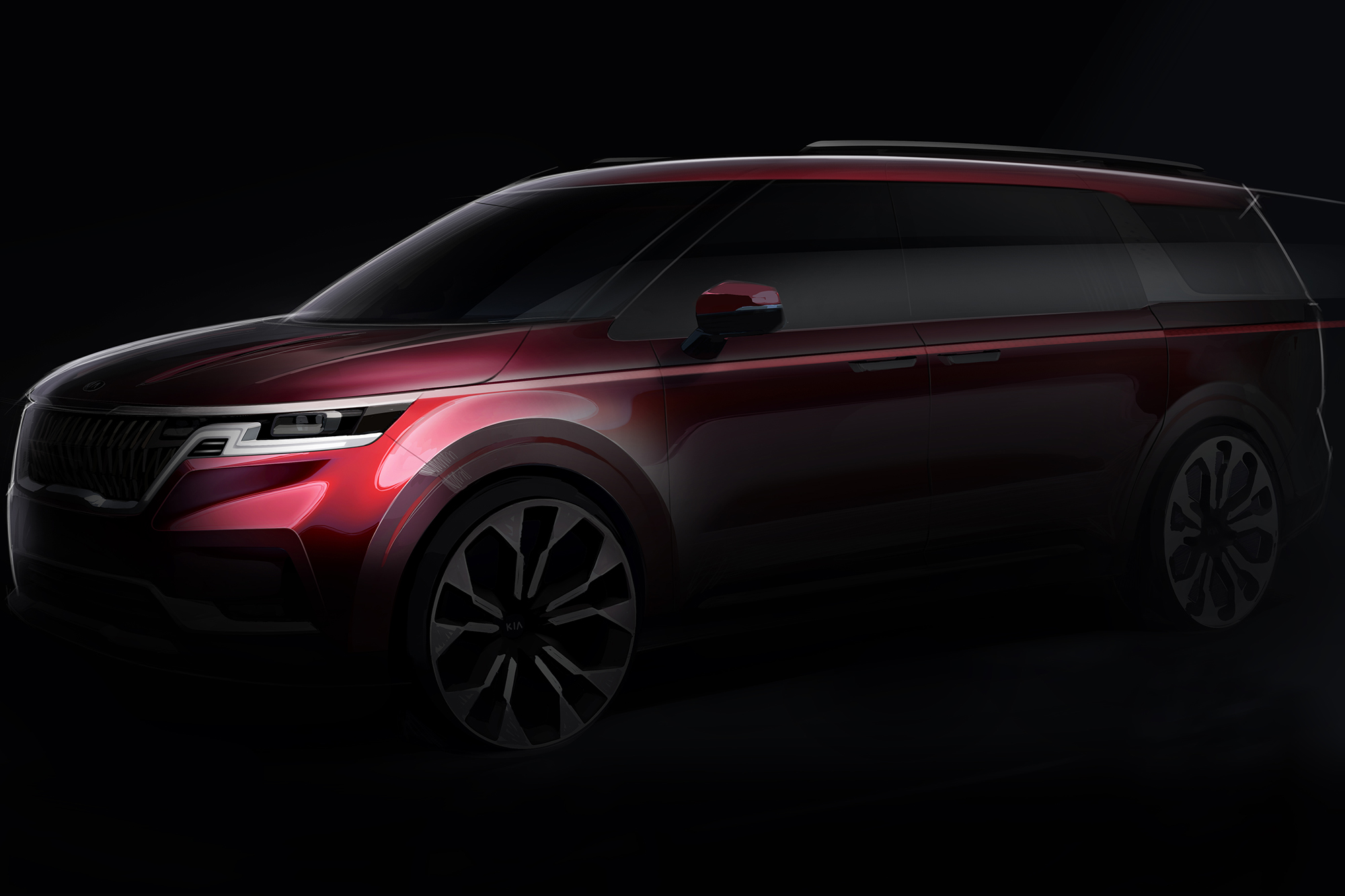 Kia released a sketch of its next-generation Sedona, dubbed the Carnival in some markets outside North America. Calling the image something that “hinted at the design of the brand’s fourth-generation Carnival,” Kia touted the redesigned minivan’s “stronger, more stylish presence, futuristic new details and SUV-inspired design.”

The sketch indicates broadly horizontal themes, with a character line that runs from atop the grille straight back to the tail. The roofline is similarly horizontal, with no significant tapering of the windows along the profile — a good omen for visibility. Kia’s grille, indented slightly in the middle, gets no thematic changes, but the sketch signals possible interplay from LED headlight elements that extend partway into its frame. Kia suggested as much in its press release, noting that the redesign “seamlessly integrates high-tech headlamps” with the grille.

The redesigned Carnival hits dealerships in South Korea in the third quarter of 2020, with “global sales in many of Kia’s markets to follow thereafter,” Kia said. Should its Sedona counterpart come stateside, it will face a shrinking but stalwart class of competitors: Chrysler’s pair, the Pacifica and base-trims-turned-Voyager, plus the Honda Odyssey and Toyota Sienna — though in a pinch, three-row variants of smaller utility vans like the Ford Transit Connect and Mercedes-Benz Metris might fit similar needs.

Other nameplates have dropped off. Nissan discontinued the Quest after the 2018 model year, and Fiat Chrysler Automobiles plans to stop building the Dodge Grand Caravan in August. But given the Toyota Sienna and Chrysler Pacifica have a full redesign and heavy updates, respectively, for the 2021 model year, it’s clear some automakers believe the class remains plenty viable. It’s hard to fathom why the redesigned Sedona wouldn’t remain among them, but Kia’s U.S. arm wouldn’t confirm anything.

Kia Motors America “has made no official announcement regarding the Sedona,” spokesman James Hope wrote in an email to Cars.com. “However, the Sedona remains an important part of the Kia lineup and we will share more news if or when it’s appropriate.”