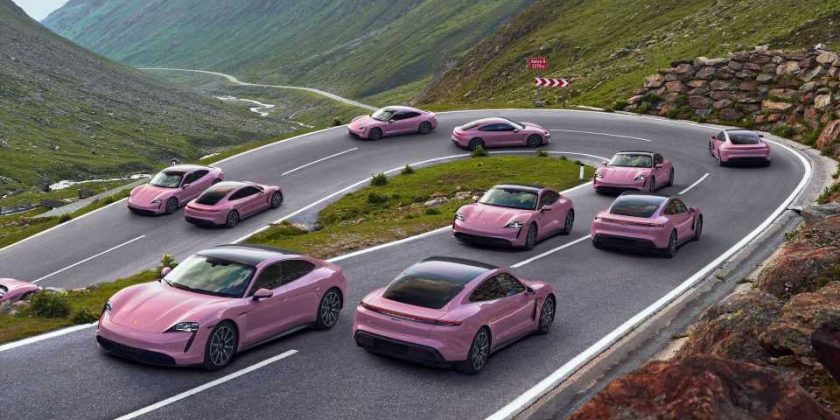 Norway has adopted EVs like no other country and electric cars are now consistently outselling ICE vehicles. Norwegians like their premium EVs too, but it’s still remarkable that the Porsche Taycan outsold all ICE vehicles combined in January, with 181 units delivered to customers.

According to the Norwegian Road Traffic Information Council (OFV), out of a total of 7,957 vehicles sold in the country last month, just 387 of them had either a diesel or a gasoline engine, and of those just 175 units came with a gasoline-burning mill. It is worth noting that the overall monthly sales figure is unusually low, even for a small country like Norway – it’s almost 2,400 vehicles less compared to January, 2021.

Almost 84 percent of all new cars sold in Norway last month (6,659 units) were completely electric. And out of the 20 most popular vehicles, all but one was electric, the Toyota RAV4 (with 271 registrations). This is not only a new all-time record for the nation, but it also marks a 53 percent increase compared to the same month last year.

The overall bestselling vehicle in Norway last month was the Audi Q4 E-Tron with 643 examples delivered. Next up was the Hyundai Ioniq 5 (477 units delivered), followed by the BMW iX (444 units delivered). Interestingly, the relatively affordable VW ID.3 only managed to sell 125 units, a very low number even compared to the ID.4 and Skoda Enyaq (each with the same 389 units delivered).

This sharp increase in the number of EVs sold also probably came as a direct result of Norway’s lowering of incentives for hybrid vehicles; they accounted for 19 percent of sales in January 2021, falling to just 6.6 percent this year.