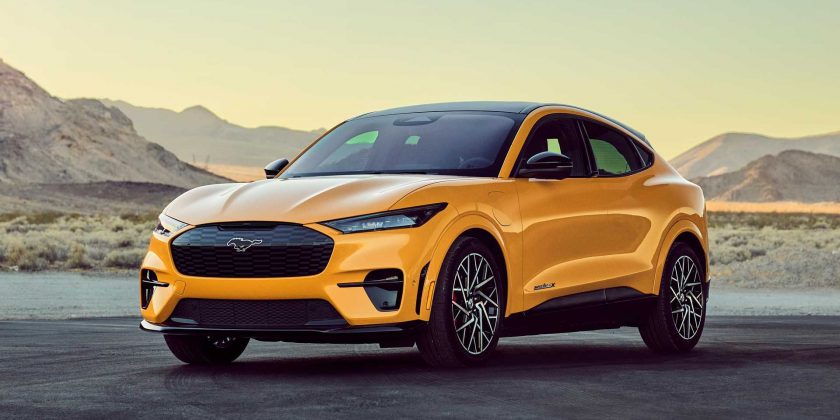 Ford wants to make sure fans of gas-powered cars get the full experience.

At first, we honestly thought this was a joke, and we figure you probably did, too. However, Ford has actually issued a press release about its new gas-scented Mustang Mach-E GT fragrance. We assume Ford wouldn’t go to such great lengths for a joke, especially after “Voltswagen’s” recent shenanigans.

Ford created a premium fragrance for drivers who – while loving the ultimate performance of the Mustang Mach-E GT – still appreciate the smell of a gas-powered car. The fragrance came about following the results of a Ford-commissioned survey.

“Judging by our survey findings, the sensory appeal of petrol cars is still something drivers are reluctant to give up. The Mach Eau fragrance is designed to give them a hint of that fuel-fragrance they still crave. It should linger long enough for the GT’s performance to make any other doubts vaporise too.”

Go ahead and laugh, or get really mad at these gas car drivers who may find a need for the Mach Eau fragrance. Go ahead and hate on Ford for even considering this idea, and actually following through with it. However, this is reality.

As gearheads begin to consider and even make the switch to EVs, the sensory experience (or lack thereof) is something that’s difficult for some of them. They’ve lived their lives being captivated by the sounds and smells of gas cars, and EVs just don’t stack up in those areas. Ford writes:

“The new scent is designed to help usher these drivers into the future of driving through their sense of smell. Rather than just smelling like petrol though, Mach-Eau is designed to please the nose of any wearer; a high-end fragrance that fuses smoky accords, aspects of rubber and even an ‘animal’ element to give a nod to the Mustang heritage.”

Ford revealed the new fragrance at the Goodwood Festival of Speed. It’s important to note the Ford says the scent actually exists, but it isn’t available for purchase. Rather, it’s part of the company’s mission to “dispel myths around electric cars and convince traditional car enthusiasts of the potential of electric vehicles.”

This topic certainly deserves some conversation. Scroll down and get the ball rolling in our comment section below: