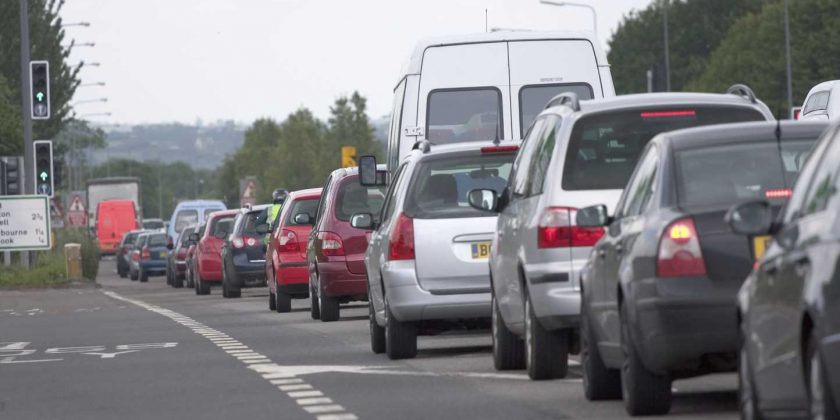 A Zero Emission Zone (ZEZ) is set to be implemented in Oxford from August 2021 if the city council cabinet signs off on the plans.

The 'ZEZ Pilot', which the council says is the first phase of the scheme, will cover a relatively small number of streets within Oxford city centre when it launches, before expanding to cover most of the city in 2022.

When the ZEZ is implemented, drivers of internal combustion engined vehicles entering between 7am and 7pm, 365 days a year, will be required to pay a fee. From 2021, the charge will be £2 per day for hybrids emitting less than 75g/km CO2, £4 for Euro 4 petrol and Euro 6 diesel vehicles, and £10 for pre-Euro 4 petrol and pre-Euro 6 diesel vehicles.

Exemptions will be available for health and care workers, students with financial hardship who need to enter the zone and Blue Badge holders, while residents and businesses within the zone will be able to apply for a 90 per cent discount. There will also be a 50 per cent discount for private hire vehicles.

It has previously been announced that Birmingham's Clean Air Zone will go live on 1 June 2021, based on a similar model to the London ULEZ (Ultra-Low Emission Zone).

Anyone driving a pre-Euro 4 petrol or pre-Euro 6 diesel car within the limits of the A4540 Middleway Ring Road in the UK's second-largest city from that date will be charged a daily fee of £8.

Like the London ULEZ, the fee will be payable online, will be enforced by ANPR (automatic number plate recognition cameras), and will be in force 24 hours per day, 365 days per year.

Vans and buses that transport school children or provide community services will be exempt, as will vehicles in a disability tax class. Non-compliant HGVs will have to pay a fee of £50.

Private cars will be exempt, but non-compliant taxis and vans will be charged £9 per day, while polluting buses and lorries will pay £100.

Bath and North East Somerset Council has announced it will offer financial support to eligible firms that want help upgrading their vehicle fleets in order to be compliant.

Bristol has cancelled plans to ban diesel cars from a small area of its city centre and implement a Clean Air Zone.

The city's mayor announced that the council is instead hoping to draw up new clean air plans for the area that don't involve charging individuals or businesses.

The abandoned plans were revealed last year and would have seen Bristol become the first UK city to implement any sort of outright ban on diesel cars, had the scheme been implemented in 2021 as originally intended. All diesel cars would have been banned from a small area of the city centre between 7am and 3pm.

Plans for a Clean Air Zone over a wider area of the city have also be scrapped. This would only have affected diesel-powered lorries, vans, buses and taxis, which would have been made to pay a fee. Taxis and vans would have been charged £9 per day, while HGV operators would had to have paid £100.

Plans to implement a Clean Air Zone in Leeds have been suspended for the foreseeable future due to coronavirus.

The scheme – which was meant to be implemented earlier this year but has faced numerous delays – has been torpedoed by expectations that air quality improvements that have occurred during the coronavirus pandemic could result in the Government withdrawing funding for new Clean Air Zones.

Leeds City Council now says it hopes to review the status of the scheme in the Autumn. A camera network costing £6 million has already been installed in the city to enforce the zone.

The Clean Air Zone wasn't set to affect privately owned cars, instead applying only to HGVs, buses, coaches and taxis classed as having high emissions. Non-compliant vehicles would be subject to a daily charge of between £12.50 and £50 depending on category.

The full list of planned Clean Air Zones can be found here:

Aberdeen City Council is looking at options for a Low Emission Zone to be implemented in the city centre later this year.

Vehicles that do not meet the necessary criteria will be banned from entering the city centre altogether. The proposed minimum standards are Euro 6 for diesel cars, Euro 4 for petrol cars and Euro VI (roughly pre-2013) for heavy diesel-engined vehicles, such as HGVs and buses.

Having backpedalled on plans to introduce a Clean Air Zone that would have affected private cars, Bath and North East Somerset has implemented a scheme that only affects commercial vehicles.

It will see high-polluting buses, coaches and HGVs entering Bath city centre charged £100 a day, while non-Euro 6 diesel or non-Euro 4 petrol taxis, minibuses and vans will have to pay £9 a day.

Birmingham's Clean Air Zone is coming into force on 1 June 2021, with drivers of cars not meeting Euro 4 petrol or Euro 6 diesel emissions standards being charged to enter the area within the A4540 Middleway Ring Road. The zone will be active 24 hours a day, seven days a week.

Brighton and Hove County Council has commissioned a report to look at the possibility of banning cars from its city centre by 2023. The report is due to be published in March and will take the needs of the disabled, as well as taxi drivers and traders, into consideration.

Cambridge City Council claims there are 106 deaths in Cambridge and South Cambridgeshire every year related to poor air quality. The council is devising plans for a Clean Air Zone, but has published no specific details yet.

Cardiff was planning to implement a Clean Air Zone in its city centre, but the plans were rejected amid claims the scheme would merely penalise owners of older cars. Instead, the council set out a number of measures to tackle NOx, such as fitting AdBlue systems to buses.

Derby City Council’s preferred option for dealing with air pollution in the city is a new traffic management system. However, the council still has two sets of plans on the table for potential Clean Air Zones.

The first would use the city’s inner ring road as its boundary and would charge non-Euro 4 petrol and non-Euro 6 diesel cars and vans – as well as high-polluting HGVs, buses and coaches – for entering the city centre.

The second scheme would cover a much larger area – right out to Derby’s outer ring road. The council has admitted though that the charges would affect “many people who could not afford to purchase a new vehicle or may be unable to change their travel choices”.

Dundee City Council is consulting on plans to implement a Low Emission Zone within the boundary of the city’s inner ring road.

Edinburgh is still consulting on its Low Emission Zone, with the council still deciding whether to have restrictions that apply to just the city centre for all vehicles or to the whole city but only for commercial vehicles.

The scheme is still being phased in, though. On 31 December 2022, all vehicles entering the city centre zone will be required to meet the relevant standards – Euro 4 for petrol cars, and Euro 6 for diesel cars and any vehicles with heavy diesel engines.

Kent County Council’s opposition leader has indicated that vehicle tolling or outright car bans could be implemented in towns across Kent in the future. No specific plans have yet been published.

The Clean Air Zone in Leeds was due to launch on 6 January 2020, but has been delayed indefinitely due to concerns over funding as a result of the coronavirus. Leeds City Council has been carrying out a review of the forthcoming scheme and says a decision is imminent.

London’s Ultra-Low Emission Zone (ULEZ) was the first Clean Air Zone of its kind in the UK when it was introduced in 2019. It’s in force 24 hours a day, seven days a week and currently covers central London’s Congestion Charge zone, although it will be expanded on 26 October 2021 to cover all of the city inside the North and South Circular Roads.

Non-Euro 3 motorcycles also have to pay, while non-Euro VI HGVs, buses and coaches are charged £100 a day.

Manchester’s proposed Clean Air Zone will start being phased in this year, but it’s another scheme that wouldn’t affect private cars – just buses, coaches, HGVs, vans and taxis that are deemed to be high-polluting.

Following months of consultations, local authorities in Newcastle decided on a Clean Air Zone to implement. It’s set to come into force this year and won’t affect private cars for the time being.

The first stage of Oxford's zero emission zone is going live in a small area of the city centre from August 2021, before expanding to cover most of the city in 2022. All internal combustion engined vehicles will face charges of up to £10 a day – depending on CO2 emissions – rising to as much as £20 in 2025.

Portsmouth had plans for a Clean Air Zone covering the whole of Portsea Island, but scaled the scheme back to just the western side, excluding the city’s international port.

Reading is another city that has indicated it could implement a Clean Air Zone in the future, but has not released any exact details.

Sheffield City Council has previously discussed plans to introduce a Clean Air Zone within its inner ring road and city centre. The proposed scheme wouldn’t affect private cars – only HGVs, buses, vans and taxis that fail to meet emissions standards. Non-compliant vans and taxis will be charged £10 a day, while HGV and bus operators will be charged £50.

Slough’s plans for a potential Clean Air Zone are still being worked up, with specific details as yet unknown.

York wants buses that enter its city centre five or more times a day to meet ULEB (Ultra-Low Emission Bus) standards, meaning they have to be Euro 6 diesel, gas-powered or electric. City of York Council has also said it want to end "non-essential" travel by private cars within the city.

What are your thoughts on Bristol’s ‘Clean Air Plan?’ Let us know in the comments section below…