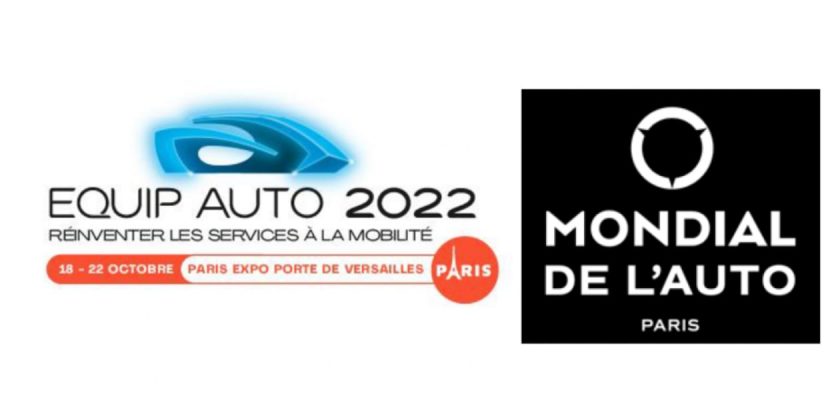 This year’s Paris Motor Show will play host to some major Renault Group news with the introduction of three new Renault models, a concept car from Alpine, several new Mobilize vehicles and the latest from Dacia’s brand ‘transformation’. There will also be news from Stellantis, with Jeep debuting two new cars.

After two years of cancellations due to the Covid-19 pandemic, the Paris Motor Show exhibition is back on for 2022 and will welcome ticketed attendees through its doors between 17 and 23 October.

The Paris Motor Show was the world’s first motor show when it was launched back in 1898. Since 1976, it has been held every two years, alternating with the similarly important Frankfurt Motor Show. With next year’s Geneva Motor Show now scheduled to take place in Qatar, there could be more to see at the Paris Motor Show than expected.

Scroll down for the latest on the 2022 Paris Motor Show…

So far, Alpine’s rejuvenation under Renault has spawned just the one car – the A110. We’re set for a Renault 5-based EV and a new fully-electric SUV in the coming years, but the 2022 Paris Motor Show will see the debut of its latest concept car which the firm says will “embody the future of its product and sports strategy”.

The A110 R will also be in attendance, after a full debut at the Formula One Suzuka Grand Prix in Japan. The R model will be more hardcore with seat harnesses, revised bodywork and potentially more power.

Dacia will be at the Paris show as well, but the budget-focused brand won’t be revealing any new cars. Instead, we’ll see the final stage of its ‘new visual identity’ which has already seen its cars adopt a new badge.

We could see two new cars from DS at the motor show. The DS 7 facelift earlier this year has been followed up by the updated DS 3 (which has lost its ‘Crossback’ name, just like its siblings).

The Fisker Ocean will go on sale in the UK next year, with prices starting from £34,990. We’ve already seen it in the UK, debuting here at the Goodwood Festival of Speed, but now European customers will be able to see it up close in Paris. It’ll be positioned as a rival to the Volvo XC40 Recharge, Tesla Model Y and Hyundai Ioniq 5 when it launches.

The upcoming Avenger will be Jeep’s first all-electric car and the public will be able to see it for the first time at the Paris show. It uses the Stellantis CMP platform seen on other small SUVs like the Vauxhall Mokka and Peugeot 2008 (e-CMP for the electric versions), while Jeep says the EV will be good for a 249-mile range.

Also on the Jeep stand will be the Grand Cherokee 4xe plug-in hybrid. A flagship model for Jeep, the Grand Cherokee is designed to rival the likes of the BMW X7, Mercedes GLS and Land Rover Discovery. We can also expect the Wagoneer S to be there as the firm’s pure-electric, luxury SUV.

Mobilize, Renault’s ride-sharing brand, will present its plan for future vehicles – with the Duo taking centre stage. It’ll be sold on a subscription basis, designed mainly for urban transportation.

Peugeot calls the new 408 a ‘dynamic fastback’, which means it’s a lifted saloon with a hatchback boot. Underpinning the 408 is something a little more familiar – the same CMP platform used on the 308 and plenty of other Stellantis products. Like the 308, we can expect to see a fully-electric e-408 variant in due course.

The recently upgraded e-208 should also be in attendance. Although there are no exterior tweaks to make note of.

The new Renault 4 has been speculated on for some time now. We know it’ll be positioned as a larger, more practical alternative to the upcoming 5; a more family-orientated hatchback with plenty of design references to the iconic original. Like the 5, it’ll feature a purely electric powertrain.

A Renault 5 will be at Paris too, although a one-off concept rather than the eagerly-anticipated EV hatchback. Renault commented: “To conclude the year-long celebration of the 50th anniversary of Renault 5, the public will have the opportunity to discover a sporty and offbeat show car”.

We should see the new Austral make its public debut too. It’ll will be positioned as a replacement for the outgoing Kadjar in Renault’s SUV range.

A new Kangoo E-Tech Electric van makes its debut, in passenger form only, while showgoers will also have the chance to see the new Renault Austral E-Tech hybrid SUV – designed to take over from the outgoing Kadjar.