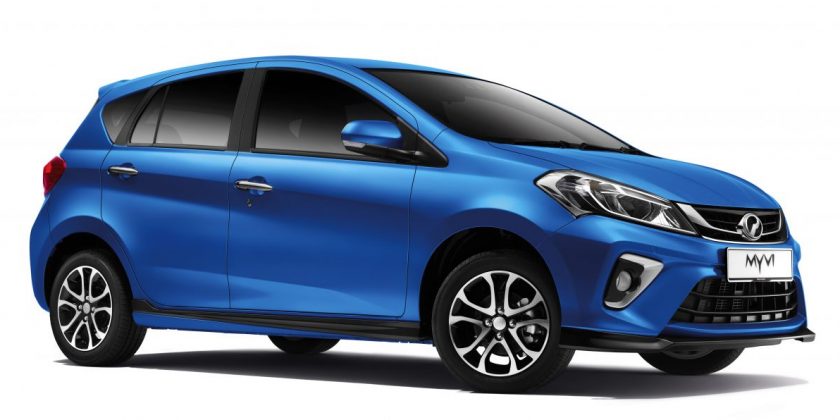 Over the past few months, a shortage of semiconductor chips has led to significant disruptions in global automotive production, with carmakers forced to halt or scale back vehicle assembly as a result of the supply shortfall. A slew of brands have been impacted by the issue, among them Toyota, Honda, Nissan, Mazda, Ford, FCA, General Motors, Stellantis, Audi and Volkswagen.

Given the severity of the matter, which was first sounded by Volkswagen back in December, you’d expect that the crunch would inevitably affect local automakers, and now, it has, with Perodua being hit by the chip shortage. The national automaker revealed this in a circular issued to sales outlets late last week.

In the document, which was sighted by this publication, the company said that it had been impacted by the chip shortage issue, resulting in the production of the Myvi, Aruz and Alza being affected. It added that for the Myvi this issue would extend into March. Whether this translates to a halt or a slow down in build was not revealed, but a source familiar with the matter said that some outlets may not get any Myvi deliveries next month.

The disruption in production will mean delays in customer deliveries for these models, and the impact will be felt most with the popular Myvi, which is very much the bread and butter product for the automaker. It is not known how long this issue will persist, and what impact it will have in terms of numbers.

The company said that its “production department has been trying to simulate a few pivotal options to mitigate the problem,” and told dealers that there was no significant impact in the supply of spare parts for after-sales. It added that further communication on the topic will be provided to outlets once available.

There is no mention of the Ativa, which is due to be launched on March 3 – it could well be that parts purchases for its current production were done well before the issue reared its ugly head, or perhaps assembly of other models has been halted to prioritise its production, given the limited chips. In any case, if you’ve booked a Myvi and are being told that there will be some delays in you receiving the car, you know the reasons why, and semiconductor chips have everything to do with it. Be patient.