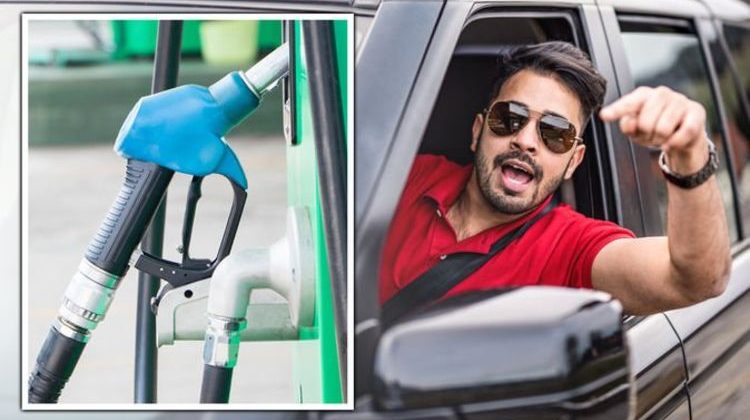 They said retailers had increased prices to “recover some of the lost income” as drivers avoided spending money in shops in favour of the forecourts. The AA said petrol and diesel price increases were also a bid to “deter” drivers from topping up their fuel tanks beyond their means as the crisis escalated over the weekend.

In a statement, the AA said: “​​There are reports of even higher prices in places but this follows entirely the usual pattern whenever there is panic buying.

“Retailers individually increase the price to a) try to deter those topping up their tanks unnecessarily, b) try to recover some of the lost income from drivers buying fuel only and not shopping within the store.

“The question then is if and how quickly those higher margins fall away.

“At some point, many of the retailers decide to cap the amount people can buy in one go.

“It normally dials down the frenzy but it can put shop staff in a difficult position as some customers try their luck or get argumentative.”

Data from the AA shows national petrol prices surged by over 1p per lire on just a handful of days.

Petrol was valued at just 135.51p on average last Tuesday before costs slowly rose to 135.83p on Friday.

However, by Sunday, petrol prices were up to 136.69p per litre as prices soared across the country.

Before last week, petrol prices had not been higher than 135.5p per litre since September 2013.

Prices then jumped by over half a penny to 138.58p per litre by the end of the weekend as demand rose.