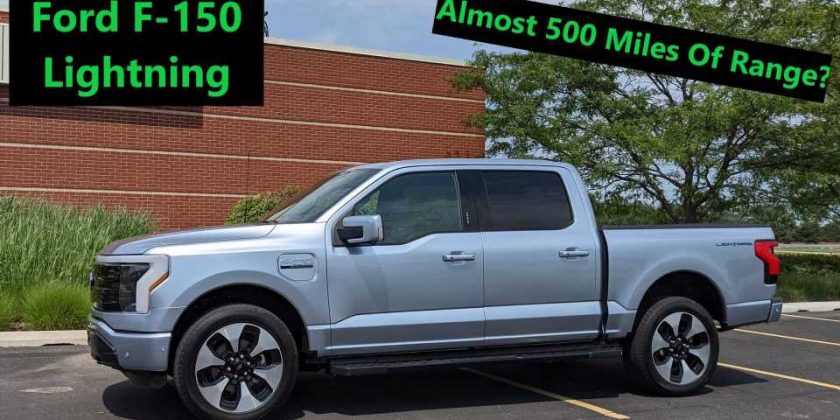 Is Ford sandbagging with its EPA range estimates of the F-150 Lightning?

We recently had the opportunity to visit Ford’s Dearborn complex to check out the new Rouge Electric Vehicle Center, the Product Development Center, and take a spin around the Dearborn Test Track in an F-150 Lightning with Darren Palmer, Ford’s Global General Manager Of Battery Electic Vehicles.

The tour and test ride (Palmer was driving) were really informative and we’ll be posting a video of the day’s events and learnings on the InsideEVs Youtube channel soon. However, one of the most surprising things we saw during the day was buried in the F-150 Lightning’s Pro Power Onboard control screen. 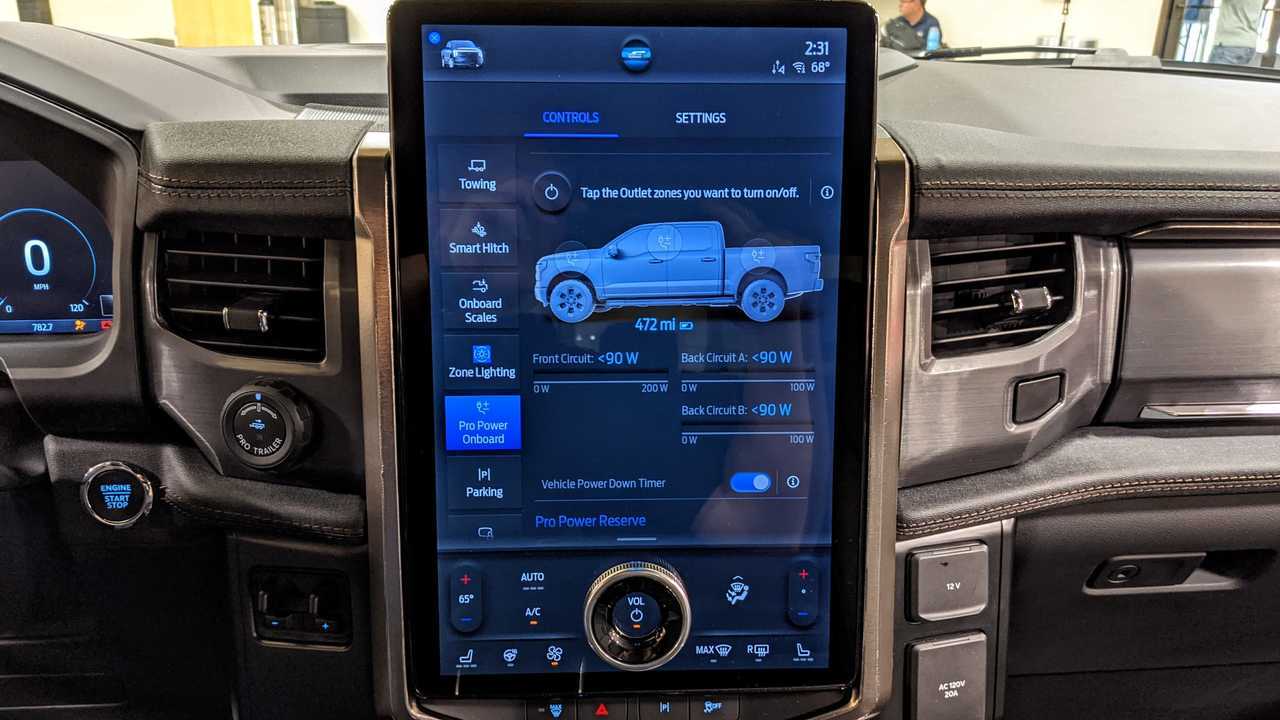 During the day I repeatedly asked Ford representatives (in a few different ways) about the F-150 Lightning’s battery sizes and driving range, hoping someone would slip up and share something that they haven’t already, but they were prepared and always steered the conversation to another topic.

Like when I was riding with Darren Palmer around the track where he effortlessly took the Lightning to nearly 100 mph in what seemed to be not much longer than what it takes my Tesla Model 3 to reach the same speed. This. Truck. Is. Fast.

I confronted Palmer about the recent controversy brought up by the popular Tech YouTuber Marques Brownlee when he said that Ford told him the 300-mile range estimate of the F-150 Lightning was actually with 1,000lb payload on board, and I could tell he was expecting that.

Palmer guided the conversation away from range to how Ford is working on an incredibly advanced range estimator for the F-150 Lightning, one that will take into consideration all kinds of factors including payload weight, as well as trailer configuration, length, and tongue weight.

Basically, Pamler was saying that the F-150 Lightning’s range estimator will be so accurate, even when hauling cargo and pulling a trailer, that you’ll always be within 5% plus or minus of the estimated remaining range when you arrive at your destination.

Ford won’t comment officially on whether or not they are including a 1,000lb payload in its estimated range calculation, as Brownlee claims. When I asked them about the picture I took showing a 472-mile range, they responded “This is a prototype vehicle and we still are targeting an EPA-estimated 300 miles”.

But here is where it gets interesting. Brownlee was in a different pre-production F-150 lightning than I was. He said his F-150 Lightning was charged to 80% and the vehicle was showing 367 miles of range. Brownlee said the charge gauge looked like the vehicle was “about 80%” charged, so he estimated the range when fully-charged to be about 360 miles.

Looking at his video, the SOC appears to be slightly less than 80%, more like 77% to 78%. My F-150 Lightning was fully charged and showing 472 miles. If you calculate 78% of 472 you get 368, so I’d say both Brownlee’s truck and mine would have the same range estimate when fully charged.

Is this a case of pre-production software offering an incorrect range estimate? That’s possible. But now that two different pre-production F-150 Lightning, two months apart, are showing the same range the evidence is starting to point the other way. That’s to the possibility that Ford is actually underpromising the range that the F-150 Lightning will have. If that’s true, it’s brilliant.

Even if Ford is underpromising, I still don’t believe the vehicle will be EPA range rated even close to 472 miles. To accomplish that, the battery pack would have to be close to 200 kWh, and that doesn’t align with the charging times that Ford has already quoted for the F150 Lightning.

For the record, Ford says it’s targeting a 230 mile EPA range for F-150 Lightning with the Standard range battery, and 300 miles for vehicles with the Extended range pack. Additionally, the battery pack capacities haven’t been announced yet. Once we know how large the packs are, we’ll be able to give a close estimate of what the actual driving range should be.