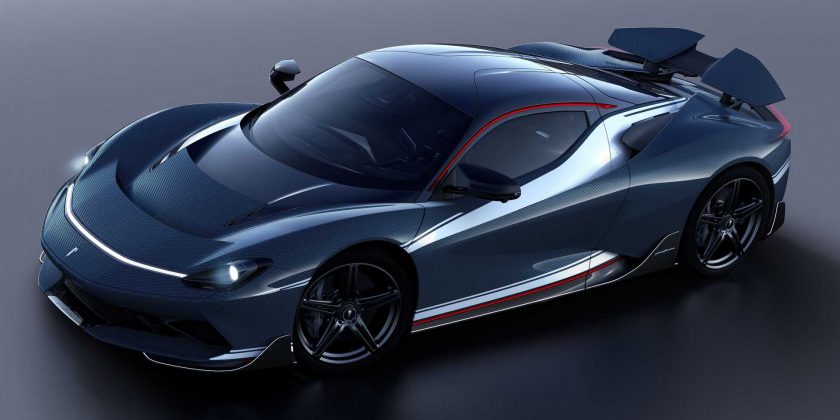 There are 128 million combinations available for the interior.

When a car costs upwards of $2 million, you’d expect the automaker to offer virtually endless possibilities to personalize the vehicle inside and out. Automobili Pininfarina is doing just that by selling the Battista with a whopping 13.9 quintillion exterior combinations. Side note – a quintillion represents 1 followed by 18 zeros in the US.

To showcase no two all-electric hypercars will be alike, the Italian company is unveiling the first bespoke commission. It apparently takes after New York City and comes in a lovely blue shade with an exposed carbon fiber body along with subtle red and white accents. It even has hand-painted stripes and an illuminated logo at the front where the brushed and polished anodized aluminum badge takes center stage. 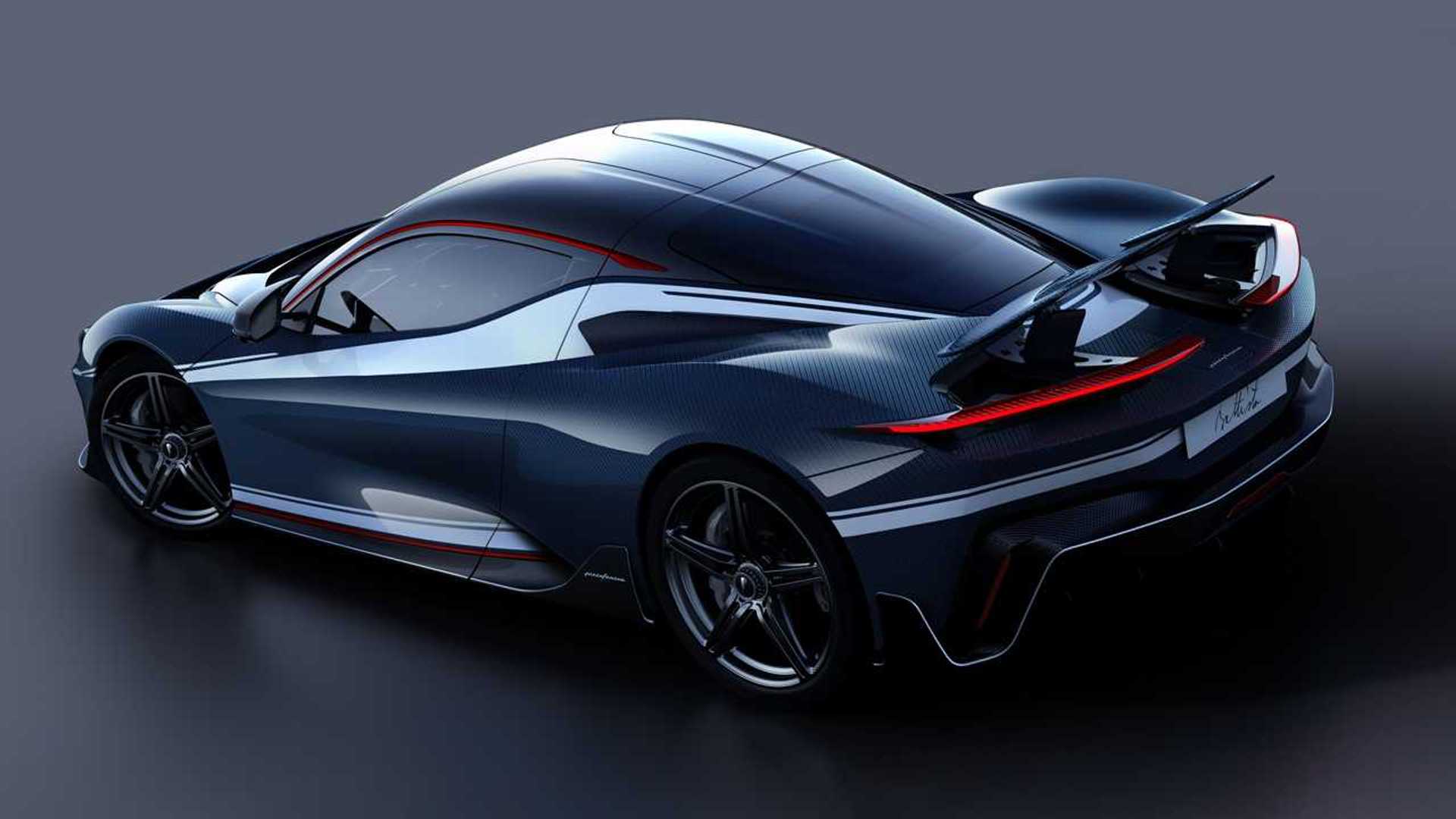 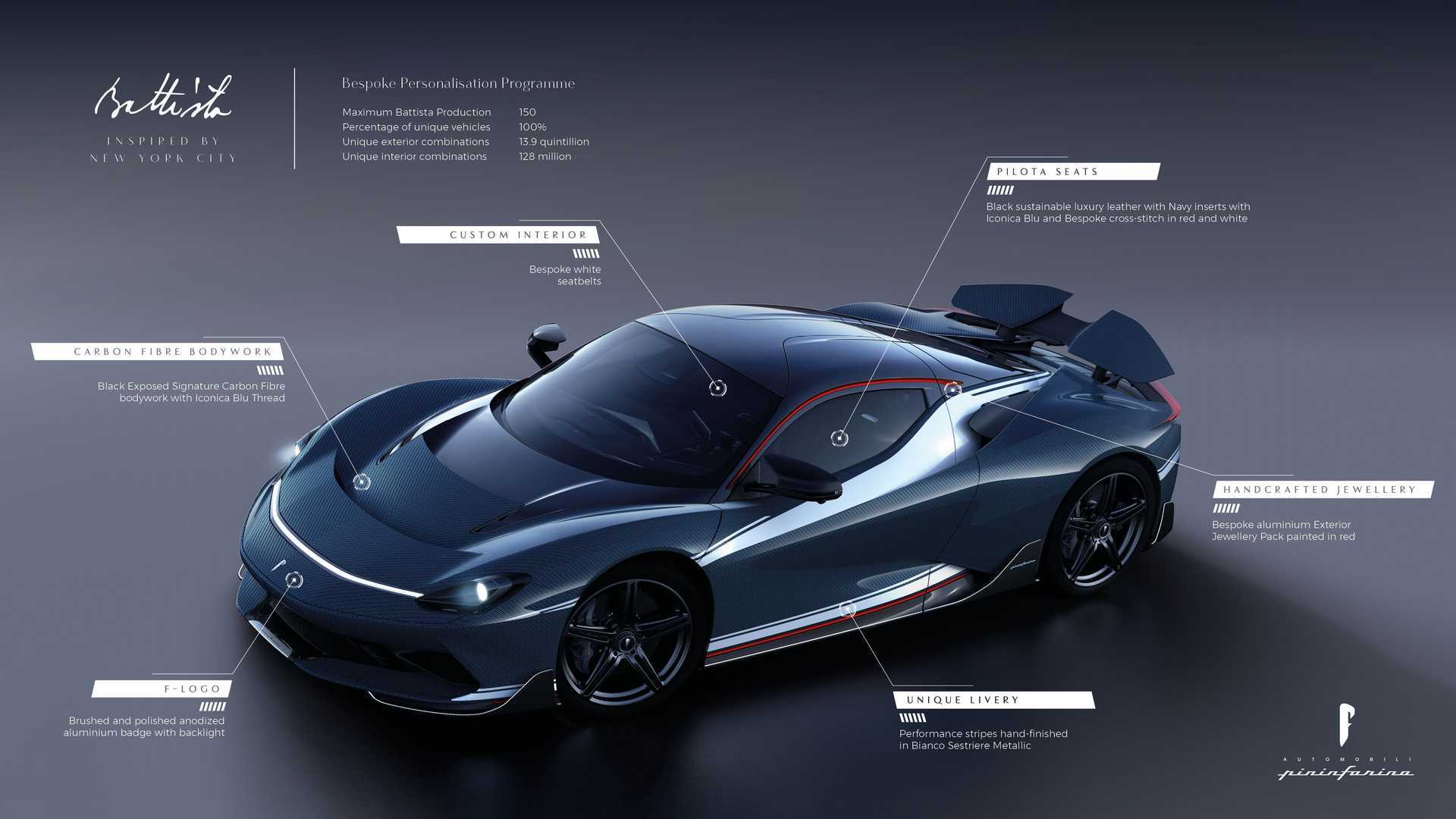 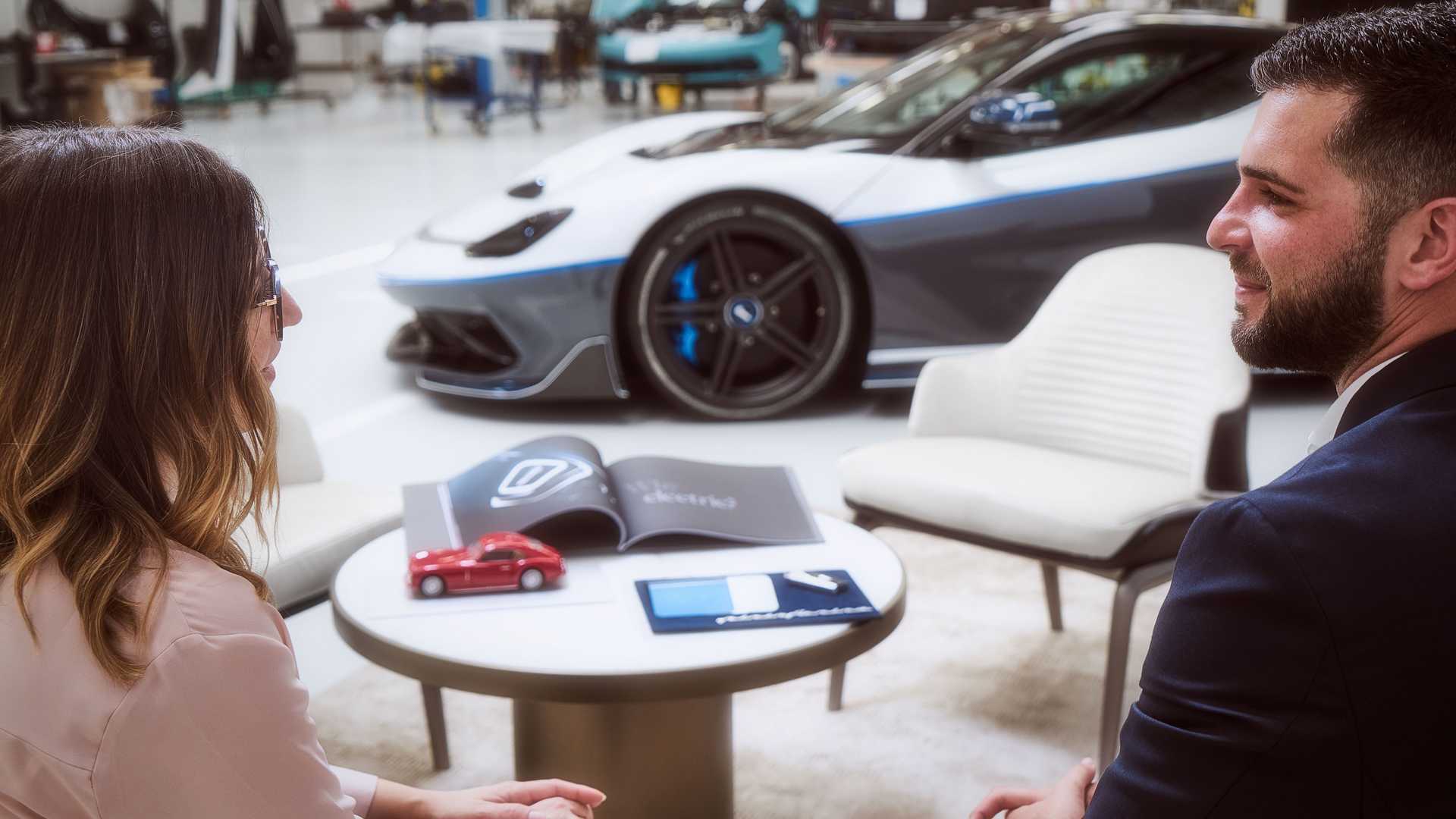 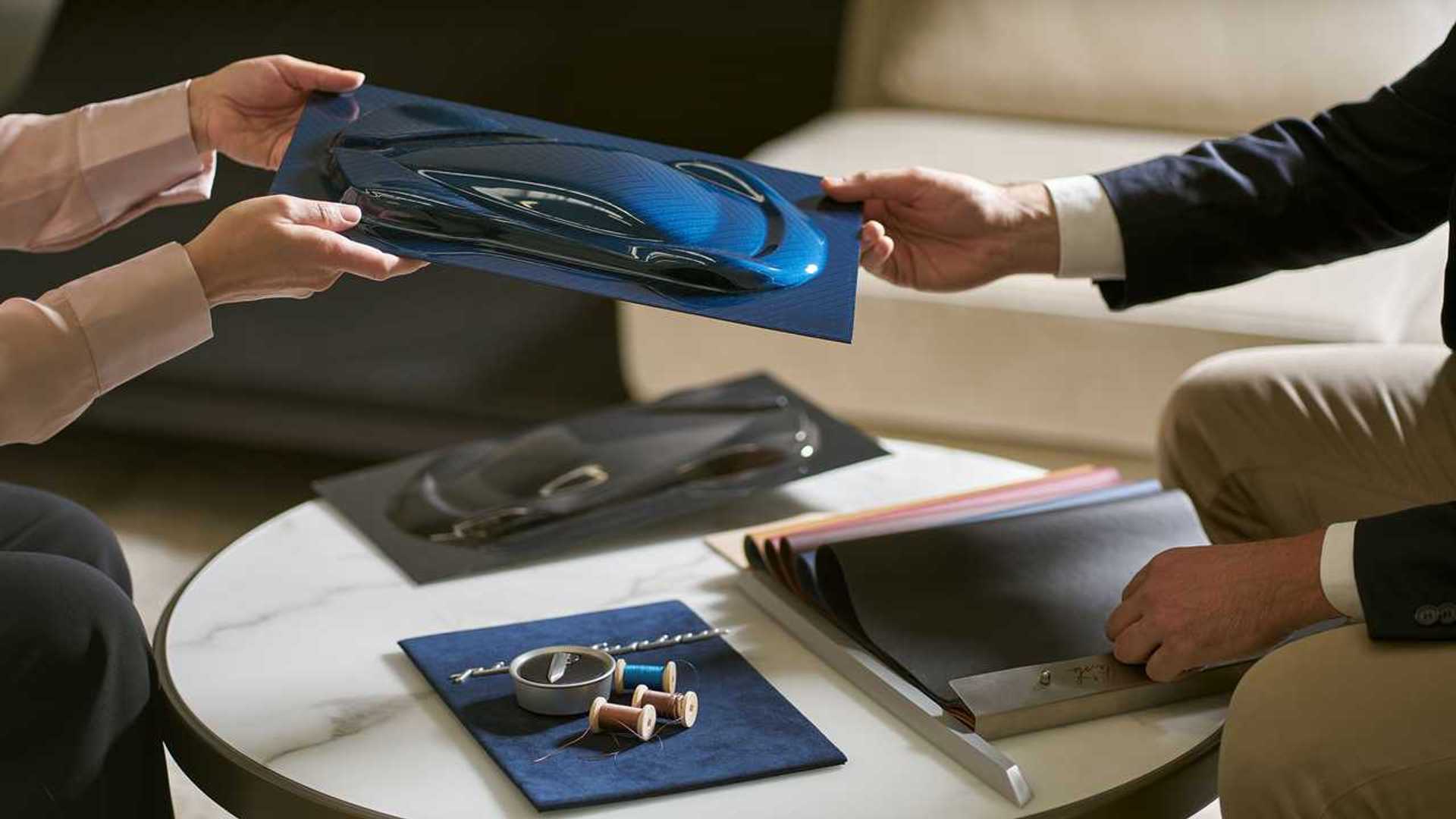 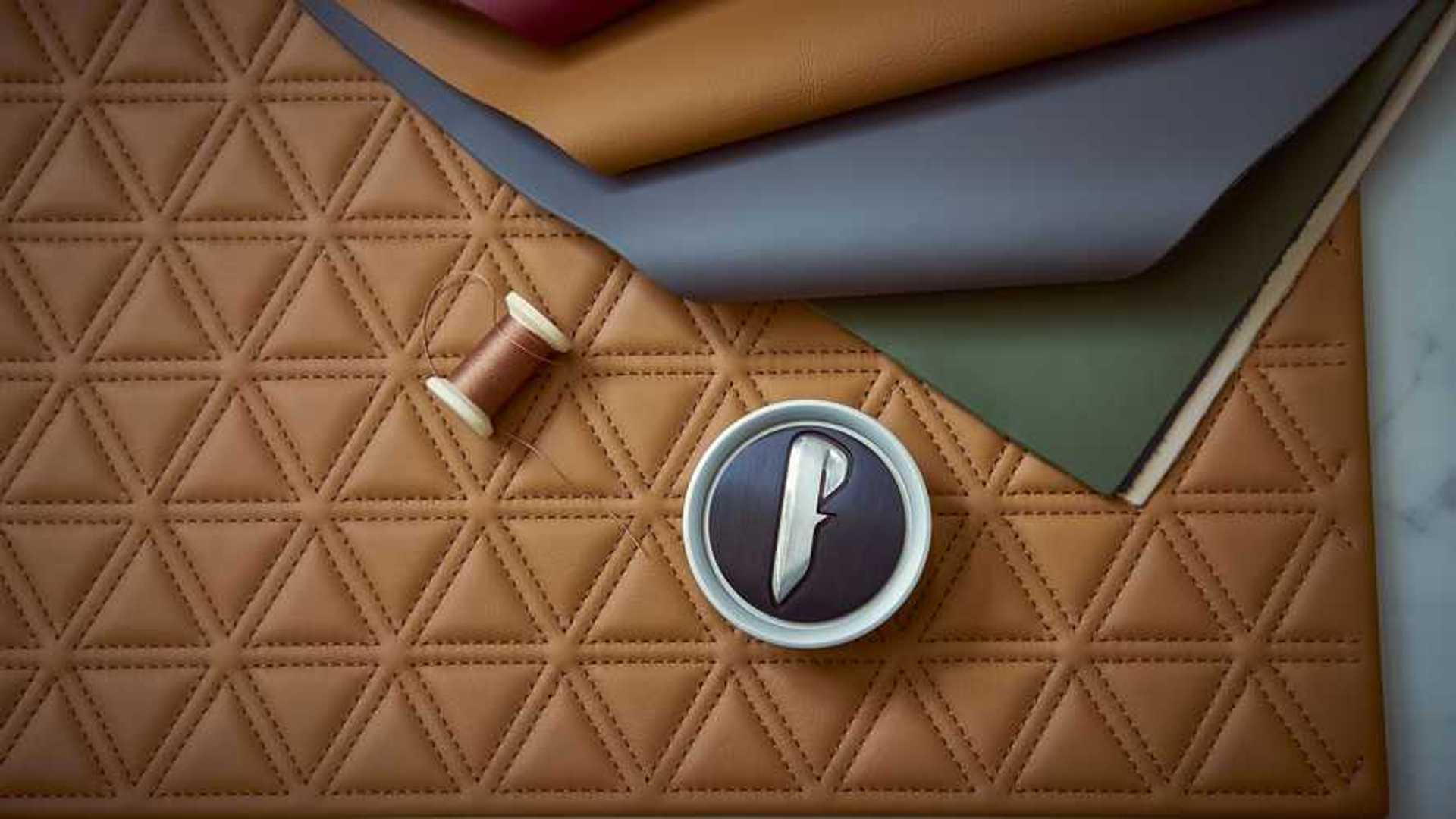 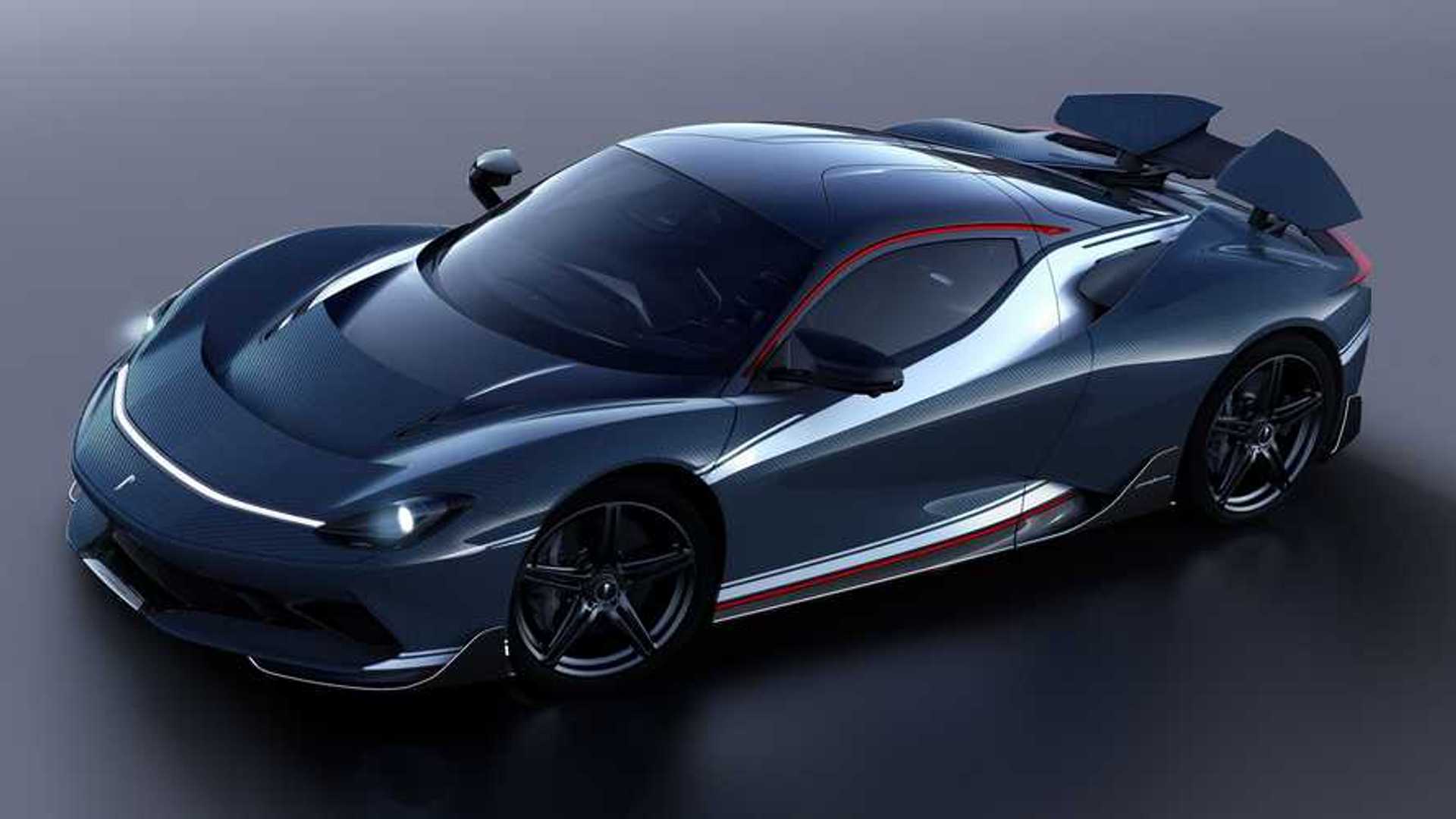 Interior images have not been provided by the manufacturer but we’re being told this Battista combines black seat upholstery with navy color inserts and white seatbelts. Automobili Pininfarina has added brushed aluminum detailing and mentions customers get to pick from a whopping 128 million unique combinations for the cabin.

Those who are not fond of this look can get a substantially different-looking hypercar, finished in one of the 56 exterior paints without the bare carbon appearance. There are multiple packages available at an additional cost to significantly modify the Battista’s appearance as part of Automobili Pininfarina’s efforts to create truly individual builds worthy to become future collectors’ items.

With 1,874 hp and 2,300 Newton-meters (1,696 pound-feet) of torque on tap, it’s effectively the most powerful car ever made in Italy and will cover 310 miles (500 kilometers) on a single charge courtesy of a large 120-kWh battery. Early adopters will be able to test these mind-boggling numbers later this year when Automobili Pininfarina will deliver the first Battista production cars.