It’s an evaluation of the car’s handling prowess … and the driver’s courage.

Polestar is full-speed ahead with the testing of its first production car. Recently, we’ve seen the company evaluating the hybrid’s structure in crash testing, but now we’re getting a look at research of a more dramatic nature. By dramatic, we mean hitting takeoff velocities for jumbo jets on a wet, banked track. Yikes.

The focus of this video is evaluating the Polestar 1’s chassis dynamics, and as you can see the engineers aren’t letting any grass grow. Part of the process includes dialing in the steering responsiveness as well as adjusting the car’s torque vectoring system, not to mention overall suspension tuning.

“Whenever you drive Polestar 1, you should immediately feel like you are in control and that the car is ready to respond to your input, no matter what you want to do,” said Joakim Rydholm, Polestar’s chief test driver. 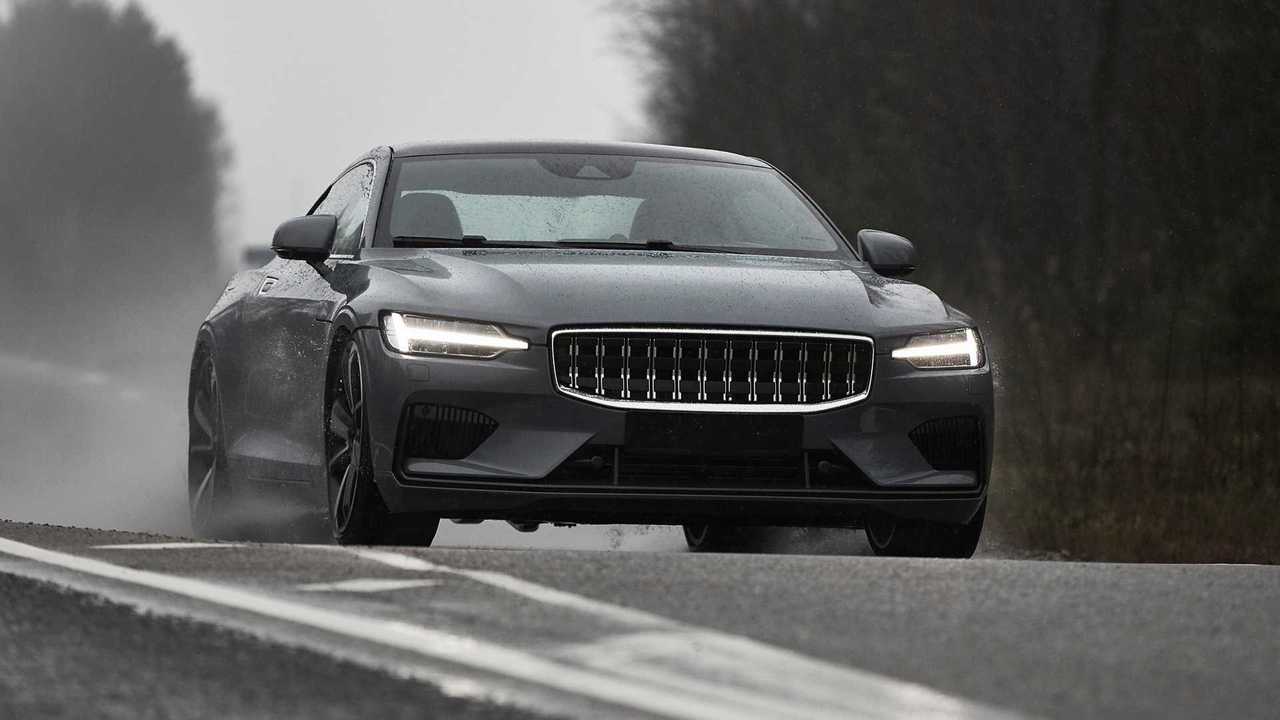 It’s all part of the process at Polestar to help make sure its first-ever offering isn’t just a flash in the pan. The obvious connection to Volvo means safety and strength are integral to the Polestar 1, but injecting serious performance is something new. With 600 horsepower (447 kilowatts) generated by its hybrid powertrain, going fast isn’t a problem. Corralling that power isn’t quite as simple, but that’s why engineers are slinging this validation prototype around wet corners at 140 mph. Talk about going big or going home.

Once this dynamic round of testing is completed, Polestar will begin manufacturing the next round of prototype vehicles at the company’s new manufacturing plant in Chengdu, China. That’s slated to begin early next year, and will mark the final round of Polestar 1 prototypes before official production begins. If all goes according to plan, that should happen mid-2019 with cars hitting dealerships for the 2020 model year.

Judging by what we’ve seen so far, it should be quite a machine.

The Polestar 1 verification prototype (VP) testing and evaluation programme continues in the lead-up to production readiness in mid-2019. In addition to crash tests, aerodynamic evaluations and on-road testing, vital areas of assessment are chassis dynamics and the driver experience.

For Polestar, performance is about much more than just acceleration. The way Polestar 1 feels to drive and live with is also critical, according to Polestar’s Chief Executive Officer, Thomas Ingenlath.

Steering responsiveness and torque vectoring calibration have taken priority in the latest tests, validating the chassis and suspension tuning carried out on earlier prototype cars in 2018.

Polestar’s chief test driver, Joakim Rydholm, comments: “Whenever you drive Polestar 1, you should immediately feel like you are in control and that the car is ready to respond to your input, no matter what you want to do. This is a GT that needs to be easy to drive and comfortable in everyday use with its smooth and quiet hybrid drivetrain – but also ready to deliver its thrilling 600 hp and 1,000 Nm performance whenever the driver wants it.”

The next prototype phase, which starts early in 2019, includes the very first cars built in the soon-to-be-completed Polestar Production Centre in Chengdu, China. This will be the final prototype series before pre-production cars are built to final specification and quality standards.