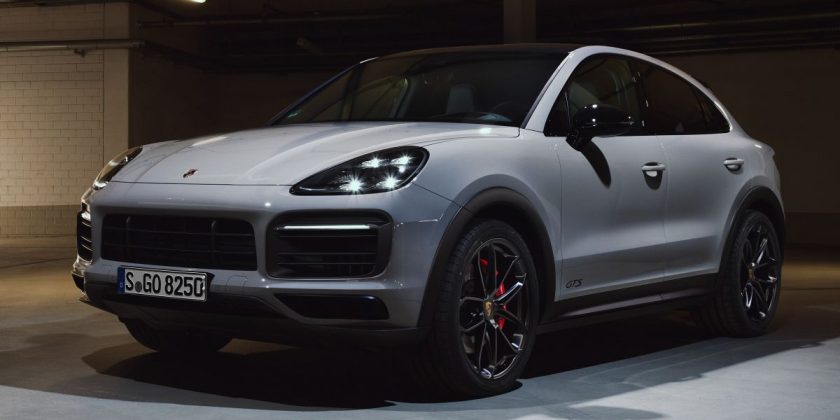 The current Porsche Cayenne and Cayenne Coupe range has been expanded with the introduction of a new GTS variant, which brings back a V8 engine. For a bit of backstory, the second-generation Cayenne GTS (a coupe version didn’t exist then) abandoned its 4.8 litre V8 when it was given a facelift in 2014, which saw the use of a 3.6 litre twin-turbo V6 instead.

The latest GTS models are meant to slot in between the Cayenne Turbo and Cayenne S in the line-up, and the 4.0 litre twin-turbo V8 has been tuned accordingly to ensure this. The mill, which is lifted from the Turbo, serves up 460 PS (454 hp) and 620 Nm, representing a gain of 20 PS (20 hp) and 20 Nm from the previous Cayenne GTS.

In terms of century sprint times, the GTS models will take 4.5 seconds (with the Sport Chrono package) to get from zero to 100 km/h, which is in between the S’ 4.9 seconds (the Cayenne S Coupe takes five seconds) and Turbo’s 3.9 seconds, but still 0.6 seconds faster than the previous-gen model.

Other powertrain-related items that are included with the GTS are an eight-speed Tiptronic S automatic transmission, adaptive cylinder control and a sports exhaust system. The cars’ chassis is also 20 mm lower than the S, with supporting systems like Porsche Active Suspension Management (PASM) and Porsche Torque Vectoring Plus (PTV Plus).

As an option, buyers can add on 10 mm-lower three-chamber air suspension, rear-axle steering and the Porsche Dynamic Chassis Control (PDCC) active roll stabilisation system. Red brake calipers and cast iron rotors measuring 390 mm at the front and 358 mm at the rear are standard fitments, but you can upgrade to the Porsche Surface Coated Brake (PSCB) package with a tungsten carbide coating or the Porsche Ceramic Composite Brake (PCCB) package.

The GTS SUVs also get the Sport Design package as standard, with various black accents applied on the exterior like front air intakes, side window trims, tailpipes and the model and Porsche logos on the rear. This is complemented by a set of 21-inch RS Spyder Design wheels in a satin gloss black finish as well as LED lighting units, including the Porsche Dynamic Light System (PDLS).

On the inside, Alcantara is applied on the headliner, seat centre panels, centre console armrests and doors, with dark-brushed aluminium trim. The kit list includes eight-way powered sports seats, GTS logos, and buyers have a selection of personalisation options to spruce up the interior further like additional colour accents in Carmine Red or Crayon.