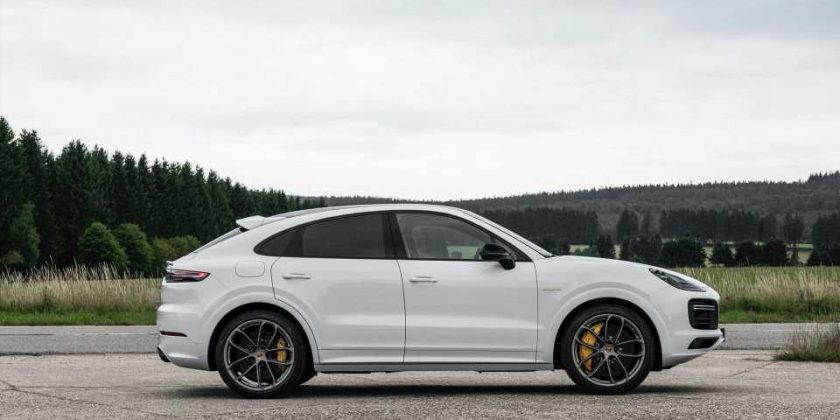 A recent report from Automotive News brings our attention to an upcoming Porsche model that will “push the boundaries of what defines a Porsche.” Apparently, it’s sort of like a large sedan mixed with a crossover. After seeing a rendering of the vehicle at a meeting, one Porsche dealer called it a “rakish” design and shared:

“It’s a new style of vehicle that is part sedan, part crossover.”

“It’s very un-Porsche-like. It has a flat rear design; it’s not anything like the Macan and Cayenne.”

Porsche has always been known for its sports cars, so it makes sense that its first fully electric car is the Taycan sedan. However, as most brands transition to crossovers, and especially for the US market, Porsche has followed suit.

The upcoming Porsche flagship aims to be a sporty crossover-like vehicle that’s “larger, longer and wider than the Cayenne midsize crossover.” It may also have three rows of seats, which would be a first for Porsche.

Porsche Cars North America made it clear that it won’t provide many specifics about future models, though it is willing to share some details via an initiative it calls Porsche Unseen. The initiative explores potential ideas that inspire future models that may or may not make it to market. A Porsche spokesperson said:

“We’re grateful for such creativity within our business, as we’re continually exploring new opportunities and where we might compete in the future. Whether these go any further than renderings and ideas to make it to the production stage — let alone how they will be powered or configured — is undecided.”

That said, this particular flagship vehicle is supposed to come to market in the “second half of the decade.” According to dealers, the new vehicle will arrive to market as a plug-in hybrid electric vehicle (PHEV), though a battery-electric version may follow.

Automotive News assumes the new flagship Porsche could be related to a VW Group EV that’s already being developed for Audi, Porsche, and Bentley. The so-called “Landjet” project vehicle is a new three-row seven-seat model from Audi via its Artemis project. It is said to have over 400 miles of range, but there’s little info about its design.