These simple issues equate for 1.6 percent of all RAC callouts compared to just 0.9 percent before Christmas.

However, experts warned the figures could well have been higher under normal circumstances.

They revealed the coronavirus lockdown took nine days away where more claims could have been made which would have better reflected the true state of UK roads. 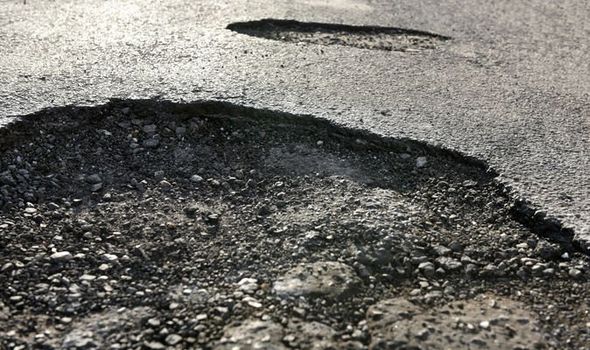 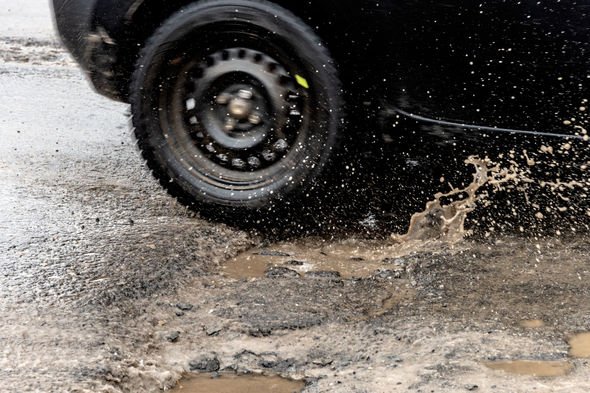 The RAC says drivers were now 1.6 times more likely to break down due to pothole damage than in 2006 when the recovery group began collecting data.

RAC head of roads policy, Nicholas Lyes said lockdown restrictions and fewer garages meant the quality of roads was as “important as ever!”.

Mr Lyes confirmed storms and flooding seen earlier this year were “major factors” in why the number of incidents had increased.

He said: “While millions of cars are mostly confined to streets and driveways during the coronavirus lockdown, people are more reliant than ever on their vehicles to buy food and important household items.

DON’T MISS
Potholes have been found across the UK after storm  [ANALYSIS]
Pothole numbers could increase by more than 100,000 [DATA]
This UK region has paid over £300,000 in pothole claims [INSIGHT]

“The last thing any driver needs on the way to do their essential weekly shop is to suffer a nasty pothole-related breakdown that puts their car out of action, especially with fewer garages open than usual. This means the quality of local roads is, ironically, important as ever.”

However, he claims spending budgets were way behind the spending made before the financial crash.

Statistics from the Department for Transport revealed £3,920 was issued to local authorities for road maintenance last year.

This was higher than each of the past six years but was lower than the £4,000 which used to be issued.

The AA has called for councils to “seize the opportunity” and use the lockdown to solve pothole concerns on UK roads. 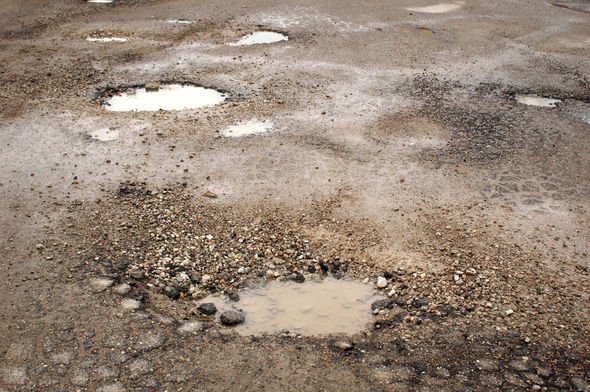 AA President Edmund King said: “Spending on residential road maintenance may have increased in 2018-19 but it remains way behind the spending before the financial crash.

“Even then, councils struggled to keep up their maintenance schedules and the road rot had already started to set in.

“With daily road traffic down as much as 60 percent, the lockdown and the long dry period this month has provided an ideal chance to get to grips with potholes – whilst still observing social distancing.”

“Some councils, like Shropshire, have seized that opportunity, the rash of weekly complaints elsewhere suggest others haven’t.”

The government has pledged to repair the UK’s damaged roads as part of their £2.5billion pothole fund.

The budget will see an extra £500million being spent to directly clean up hundreds of miles of tarmac. 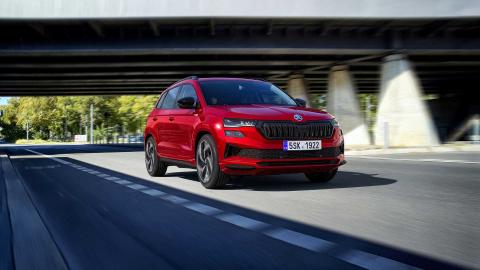