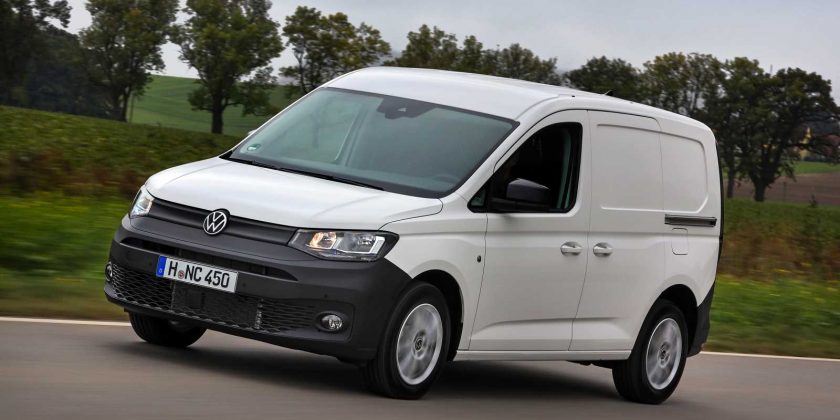 Next-generation Volkswagen Caddy compact commercial vehicle will start from £17,800 when it goes on sale this December 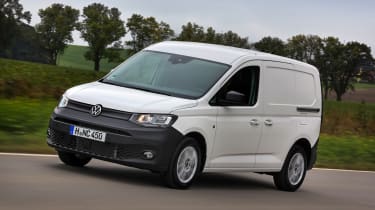 Volkswagen has released a price-list for the fourth-generation Caddy. It’ll be available to order in the UK from December this year, with prices starting from £17,800 and climbing to £26,850 (excluding VAT). First deliveries are expected to arrive towards the end of Spring next year.

The all-new Caddy has made the shift to the same MQB underpinnings as the new Volkswagen Golf, which means it now offers more space than ever. It arrives as both a van-based MPV and as small van badged Caddy Cargo, and it takes aim at the latest Ford Transit Connect and Citroen Berlingo.

From launch, buyers will have their choice of three trim-levels – Startline, Trendline and Highline. Standard equipment for the base-model includes a multi-function steering wheel, electric windows, an electronic handbrake and a 6.5-inch infotainment system. Buyers also get an eSIM, which provides access to a range of connected services.

The range-topping Caddy Highline builds on the mid-range van’s specification with alloy wheels, front and rear parking sensors, electrically folding door mirrors, LED tail lights and an alarm system. Inside, technology also gets a boost, with a 10-inch infotainment system. Prices for the flagship start from £22,075 (excluding VAT).

Buyers will also have their choice of two wheelbase lengths – standard and Maxi. The standard wheelbase model measures 4,500mm long and has a maximum carrying capacity of 3.1 cubic metres. The van’s wheelbase is also 2,755mm, which is 73mm longer than the outgoing model’s.

Volkswagen’s extended wheelbase variant gains an extra 215mm between the wheels which increases the van’s maximum payload size to 3.7 cubic metres. The extra space also means that the Caddy Maxi can accommodate two Euro pallets – and they can be loaded from the side thanks to a larger sliding door.

From launch, buyers will be offered a choice of three 2.0-litre four-cylinder diesel engines, in outputs of either 74bhp, 101bhp or 120bhp. All three units also feature a new double-dosing AdBlue system, which Volkswagen says reduces nitrogen oxide (NOx) emissions by using two SCR catalytic converters to feed double the amount of AdBlue into the exhaust. Joining the three diesel engines is a single 1.5-litre four-cylinder petrol unit, with 112bhp.

The cabin of the new Caddy receives a 10-inch infotainment screen, and a digital instrument panel takes the place of conventional analogue dials. The system comes as standard on higher-specced models, although the digital gauge cluster can be specced as an optional extra lower down the range.

The new Caddy features19 different driver assistance systems, including trailer assist and travel assist. The latter – a first for a VW commercial vehicle – uses a combination of lane assist and adaptive cruise control for added safety.

Other new features include electric closing aids for the sliding doors and tailgate plus a large 1.4m2 panoramic sunroof which sits above the first and second row of seats (in the MPV models). An electronic parking brake is now standard across the Caddy range, while keyless access and new 18-inch alloy wheels come as standard on top versions.

Eventually, Volkswagen will expand the Caddy line-up with a rugged off-road variant called Caddy PanAmericana, and a sporty model called Caddy Vision. In addition, a new Caddy California camper variant is coming soon. However, UK availability for these models has not been confirmed.

Do you think the new Volkswagen Caddy will be a hit? Let us know in the comments section below…