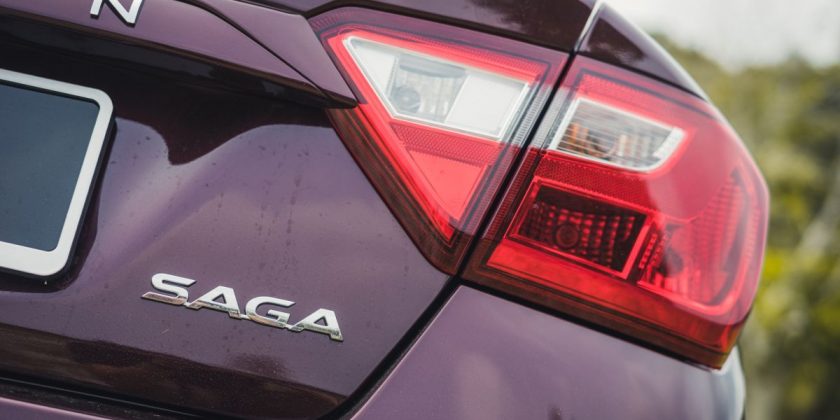 Malaysia’s first national car, the Proton Saga made its debut on July 9, 1985, and Proton is unveiling an Anniversary Edition this year on that date. How did the landmark car get its name, though? As revealed by Proton through its Facebook page, this was an endeavour that dated back to 1984 when the company held the nationwide ‘Name the National Car Contest’, and which received more than 100,000 entries.

The winning entry was submitted by Staff Sergeant Ismail Jaafar from Penang, who is also known as Sergeant Saga. The name that would come to grace the country’s first national car emerged from a game of Scrabble, said Ismail, where he saw the words ‘safety’, ‘achievement’, ‘greatness’ and ‘ability’. From these, the Saga name was derived from the first letters of those words.

The winning name appealed to the contest judges because ‘Saga’ could easily be pronounced by speakers of any language, and was without any negative connotation in both Malay and English languages, said Proton. Beyond the wordplay, the name also refers to the hard red seeds of the Saga tree, or abrus precatorius, which is commonly found in Malaysia. This tree denotes stability, endurance and courage, says Proton, while in English it stands for heroic achievement, as well as a measurement associated with gold, and therefore representing a symbol of value. In China, the saga seeds have been a symbol of love, the carmaker said.

Staff Sergeant Ismail Jaafar was gifted a Proton Saga of his very own as a prize for his contest win, presented by the fourth prime minister of Malaysia, Tun Dr. Mahathir Mohamad on September 1, 1985. The car hasn’t remained in the household permanently, however, as Ismail sold the Saga in order to support the furthering of his children’s education as well as for the repayment of a home loan, Astro Awani reported.

Ismail passed away on January 12, 2018 at home, succumbing to health complications which included heart disease, kidney problems and diabetes, according to a report by The Star at the time. Before Ismail passed away, he had wished to track down the Saga which he had won from the naming contest due to its sentimental value, according to widow Sariah Abdul Rahman.

The 1990 Saga seen in the gallery here is the Megavalve version introduced in 1990 with 1.3 litre and 1.5 litre 12-valve engines, larger grille openings, ‘Megavalve’ script and ‘Saga 12V’ badging, while safety kit was improved with a third brake light and rear three-point seat belts. This was followed by an all-new version in 2008, featuring a Intake Air-Fuel Module (IAFM) variable-length manifold-equipped 1.3 litre engine with either a five-speed manual or four-speed automatic.