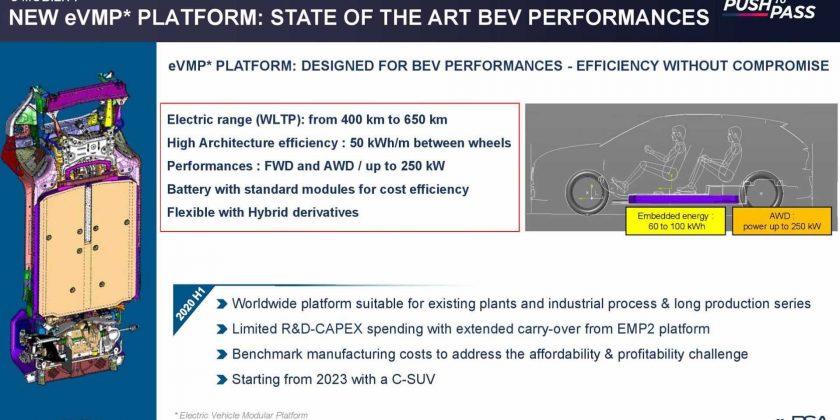 Think of fully-electric Jeeps, Dodges, and Chryslers with this new architecture.

After announcing the name of the holding that will join it with FCA is Stellantis, PSA was expected to talk mostly about this when presenting its H1 2020 Earnings Results. Carlos Tavares decided otherwise and seized the occasion to announce a shift in strategy towards electric vehicles. It is called eVMP, or Electric Vehicle Modular Platform.

That is the first platform dedicated to EVs PSA creates. Currently, the group has a two multi-energy platform strategy. It is composed of the CMP – which has the eCMP electric version – and the EMP2. This last platform just offers PHEV derivatives.

The new plan will have two platforms fully dedicated to electric vehicles, and the first one is the eVMP. For what the video and PSA’s CEO informed, it is based on the EMP2, which brought development costs down.

The eVMP will premiere with the third generation Peugeot 3008, expected for 2023. It will allow for FWD or AWD vehicles, which will have battery packs ranging from 60 kWh to 100 kWh. The biggest battery pack, in the best-case scenario, will be able to run 650 km (404 mi) under the WLTP cycle. Expect up to 250 kW (335 hp) from the strongest AWD derivatives.

Instead of offering an ICE-platform that can have a battery pack (like the eCMP), the eVMP is an electric architecture that will accept a hybrid configuration. Tavares stresses that this will be the case for “overseas markets,” which means European products will be mostly – if not entirely – electric.

The eVMP is focused on C and D vehicles. An evolution of the eCMP platform, called “totally smart eCMP” by PSA’s CEO, will be available from 2025 on. This is the date from which PSA will have its new two purely-electric platform approach consolidated.

Tavares also talked about Stellantis and reinforced its 14 stars – as he refers to the brands included in the deal – will have strong synergy possibilities, which means they are sharing components and platforms. Expect to see future Dodges, Chryslers, and Jeeps using the eVMP and eCMP architectures as soon as Stellantis gets all the green lights it needs. 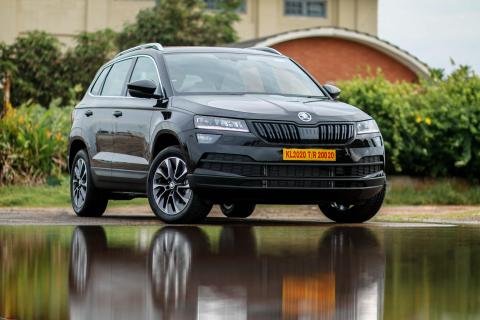