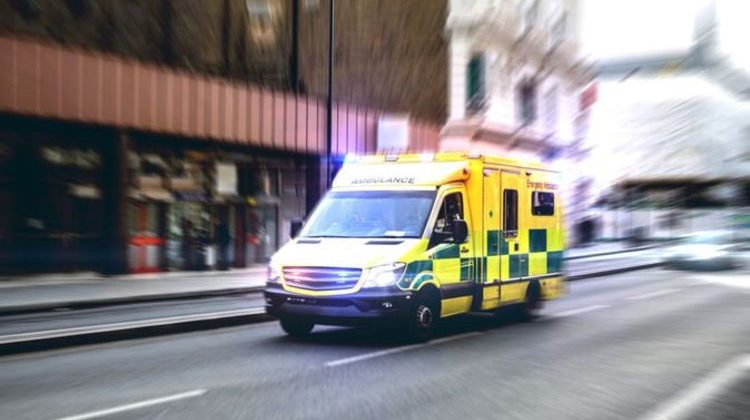 Motorists who move over for an ambulance must not break any existing road laws including stopping on a bus lane or a yellow box junction. Drivers may also be fined for passing a red traffic light even if this was accidental to create more room to allow a car behind to pass.

The Highway Code says drivers need to comply with all traffic signs but cannot endanger themselves or other road users.

The Code also says motorists should avoid mounting the kerb and cannot brake harshly on when near a junction.

Road users have also been warned to avoid stopping before a bend or narrow section of road which could cause a risk.

Rule 219 of the Highway Code states: “You should look and listen for ambulances, fire engines, police, doctors or other emergency vehicles using flashing blue, red or green lights and sirens. 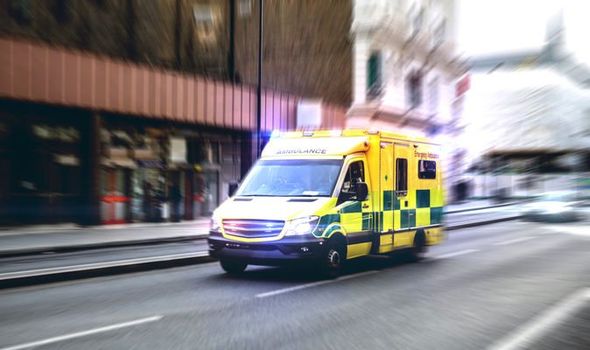 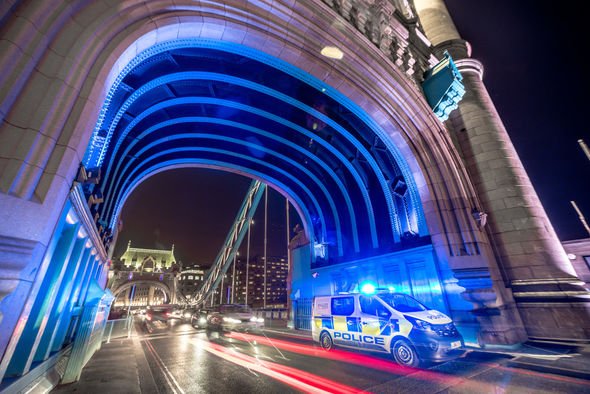 “When one approaches, do not panic. Consider the route of such a vehicle and take appropriate action to let it pass, while complying with all traffic signs.

“If necessary, pull to the side of the road and stop, but try to avoid stopping before the brow of a hill, a bend or narrow section of road.

“Do not endanger yourself, other road users or pedestrians and avoid mounting the kerb.

“Do not brake harshly on approach to a junction or roundabout, as a following vehicle may not have the same view as you.”

DON’T MISS
Local councils to use new driving fine powers as a ‘revenue stream’  [COMMENT]
Drivers can be fined for this car headlight error [INSIGHT]
You could be fined £5,000 for using this car technology  [ANALYSIS]

Fines for breaking any of these offences may vary based on the circumstances and relative risk to other road users.

According to the RAC, jumping a red light could see motorists issued a £100 on the spot fine and up to three penalty points on a licence.

They warn these could stay on a driving licence for up to four years which will affect car insurance applications.

However, if a case is taken to court road users could face a maximum £1,000 fine and up to six penalty points.

This means drivers who have passed a test within the last two years could have their licence taken away.

Police are responsible for issuing fines for parking in a yellow box junction although these are sometimes overlooked.

Transport for London manages charges in the capital and the agency has been attacked by motorists who have warned they are using the boxes as cash cows.

However, councils across the country could soon get the power to issue charges to road users which would see similar penalties introduced nationwide.

GEM Motoring Assist has launched a campaign called Blue Light Aware to raise knowledge of the dangers of pulling over for a vehicle. 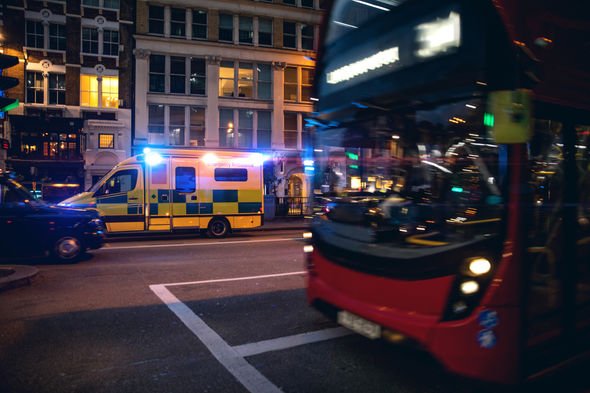 They say Rule 219 gives “no specific advice” on how to react to emergency service vehicles.

The agency says emergency teams will know motorists are not allowed to jump the red light but there will be times when there is no room for emergency service crews to get past.

This may result in a uniformed officer directing a motorist through a red traffic signal to create room.

In a statement online, Blue Light Aware said: “On the (hopefully) rare occasions that a blue light vehicle, in ’emergency mode’,  is sitting behind another vehicle at a red traffic light, it’s important to appreciate that it would be both very dangerous and illegal for the other vehicle to move across the solid white line.

“The exception to this is that a uniformed police officer can direct a motorist through a red traffic signal.

“This sometimes happens if a police motorcyclist is part of a ‘special escort’ team and needs to clear and secure a junction, thus allowing a security convoy to pass through the junction.”