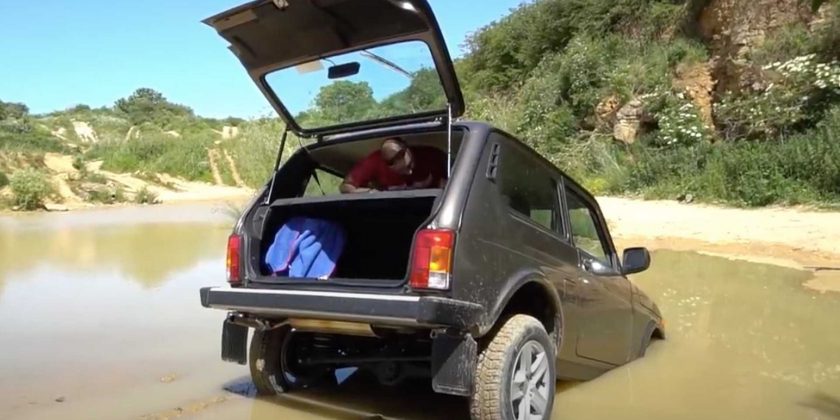 Well, that’s not quite right.

Videos of car reviews are often entertaining not only because we get the chance to learn about the car being scrutinized, but also because we are able to watch and hear some of the process in real time. Well, the car review for the new 2021 Lada Niva 4×4 carried out by The Late Brake Show on YouTube was entertaining for those reasons and more.

British YouTube channel The Late Brake Show got their hands on the new Russian 2021 Lada Niva to perform a full review. For the most part, the reviewer, Jonny, conducts this review just like he does with every other car review. For this instance, he took the 2021 Lada Niva around town and then off-roading at Tixover quarry off-road course. It’s safe to say the off-roading portion of the review was the most entertaining.

Everything appeared to be going well until he took the wrong way and drove into a deep body of water. It’s noteworthy to reveal that there weren’t any signs or cones to warn or prevent drivers from taking that route where the ground has a drastic drop-off. Jonny believed he was going to cross a shallow puddle, but encountered the opposite and dived into a tragic scene.

Shortly after plunging in and getting stuck, Jonny records from inside of the Niva where water has entered the cabin and into the footwells. He is then forced to crawl out of the car through the trunk as he awaits support. Luckily, after being rescued and after some maintenance, Jonny was able to drive the Niva home. The car was phenomenal and the review was eventful, but we’re sure Jonny will not forget the time he almost wrecked a car on camera (Watch the additional video of the event).