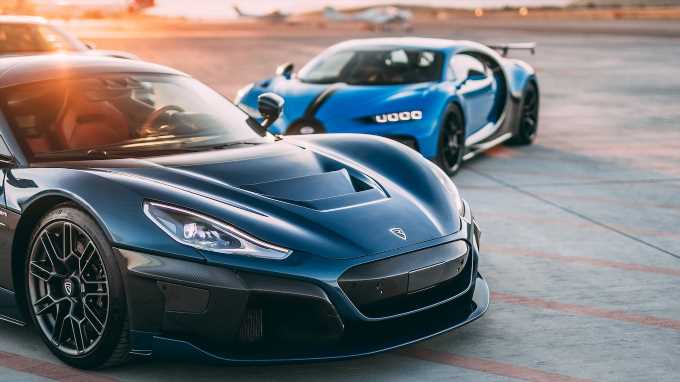 Bugatti, the iconic maker of hyper-fast, hyper-expensive road cars is changing hands. Again. After more than two decades of ownership by the Volkswagen Group, Bugatti now finds itself in the hands of Rimac, which takes a 55 percent stake in the French brand. Volkswagen Group fans need not worry, though, as the German giant’s Porsche brand holds a 45 percent stake in the newly formed Bugatti Rimac. The news of this venture was long-rumored, with reports of Rimac taking a controlling interest in Bugatti first bubbling up in September 2020.

While Rimac lacks the brand recognition of either Bugatti or Porsche, the budding Croatian company continues to make a name for itself as a formidable force in the electric hypercar space with vehicles such as the forthcoming 1,914-hp Nevera. Considering Porsche already holds a 24 percent stake in the Rimac Group (the entity that now holds majority ownership of Bugatti), it seems logical for the two to combine forces to bring Bugatti into a new—likely electric—era. Other shareholders in Rimac Group include Hyundai (12 percent) and Mate Rimac, Rimac Group’s chief executive officer and founder (37 percent).

Only time will tell where Bugatti’s latest owners take the brand. Nevertheless, given the pedigree of Bugatti Rimac’s minority and majority owners, we believe good things are coming for the more than 100-year-old French marque.