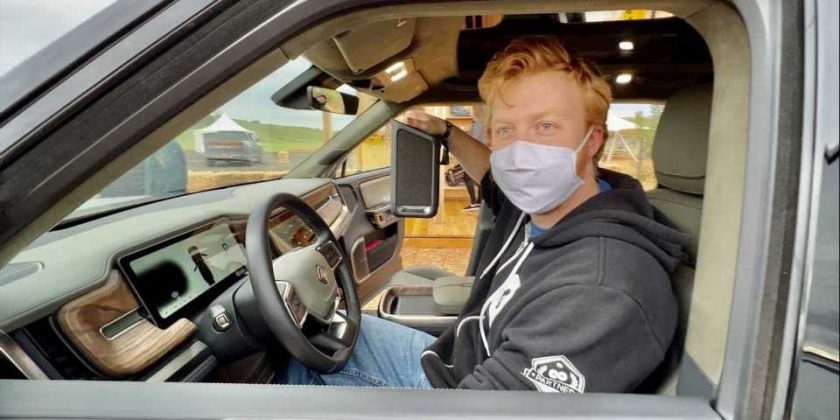 The Rivian R1T just recently came to market, and the company successfully launched its IPO. While the number of people who have actually seen this electric pickup truck in the flesh is still quite small, those who’ve seen it tend to be pretty enamored with it, and those who’ve driven it seem almost giddy. It’s honestly unlike anything that has come before it, a first of its kind, and there are all sorts of details you must see to believe.

When Rivian first unveiled the R1T, opinions were mixed, as they typically are with most new vehicles, and especially those that are as unique as the Rivian electric truck. That said, it would probably be safe to say opinions weren’t as mixed as they were when the Tesla Cybertruck first took the stage, but while some people seemed to adore the R1T’s size and design, others were unimpressed.

Fast-forward to the present, and it appears that love for the Rivian R1T has grown. Perhaps its interesting headlights and front-end design took some people by surprise at first, or maybe with no early proof of its extreme capability and versatility, some truck lovers simply saw it as a small excuse for a real truck.

Now that we’ve had a chance to see the R1T in action, it would be pretty difficult to argue against its capability. A few quick glimpses of the truck’s interior, gear tunnel, bed, and accessories prove that it’s impressively luxurious, as well as exceptionally practical. However, it’s all the special details inside and outside the R1T that really stand out.

YouTube channel Tailosive EV spent some quality time with the R1T at a recent event. He takes us through all the details about the R1T as if we’re actually there checking out the electric truck for ourselves.

Give it a watch, then let us know if you’re more in love with the R1T than you were 8 minutes earlier. Were you already a fan of the R1T, or do you have something against it? Leave us your takeaways in the comment section below