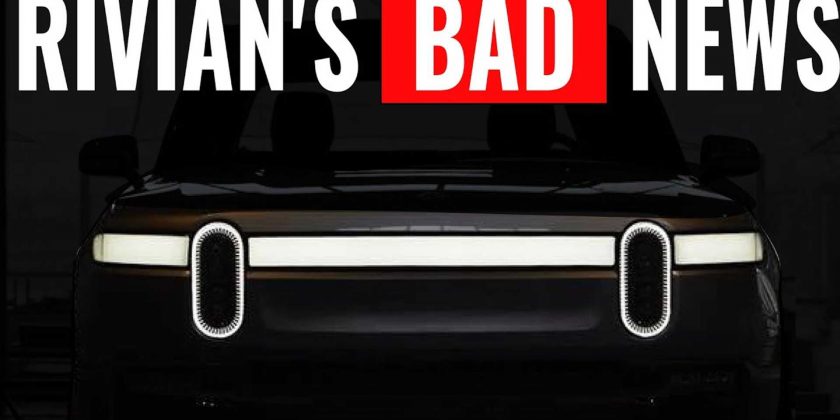 As an automotive journalist who has attended a few official manufacturer events over the years, I know that these companies usually like you to stick to the schedule when you attend one of these venues and they can certainly be strict about it. However, even if you’re late to arrive at a checkpoint or slightly veer off course, say, to shoot a video or take photos for the review that you want to publish, they usually don’t mind (as long as you are reasonable).

Well, that’s not what happened to Rich of the Rich Rebuilds YouTube channel and his co-host Steven. They were given a chance to drive and be aboard of the Rivian R1T, but apparently something went wrong and they ended the drive about halfway through the course, which they were supposed to follow – there was also a 30 mph imposed speed limit, although we don’t know if exceeding it was what shortened the drive.

Then, later, according to Alex Guberman, the host of the E for Electric channel, Rich and Steven were approached by Rivian representatives accompanied by security demanding to see the footage they had shot during the unfinished drive. We don’t have all the details, but according to the video, after the people from Rivian saw the footage that Rich had shot, they demanded nothing more.

But this leaves a big question mark, as Alex points out, over Rivian’s motives to have its employees act like this. They were clearly asked to keep some things secret from the public, even though they allowed media members to drive and experience their new truck, but we don’t really know why this happened.

Alex invited our own Tom Moloughney (who also had access to the R1T and whose experience is far more positive) to try to better explain what had happened. You can check out this particular part of the video, about Rich’s experience in the Rivian, at the after the 7-minute mark of the video when you can also hear Tom’s explanation as to what may have happened.