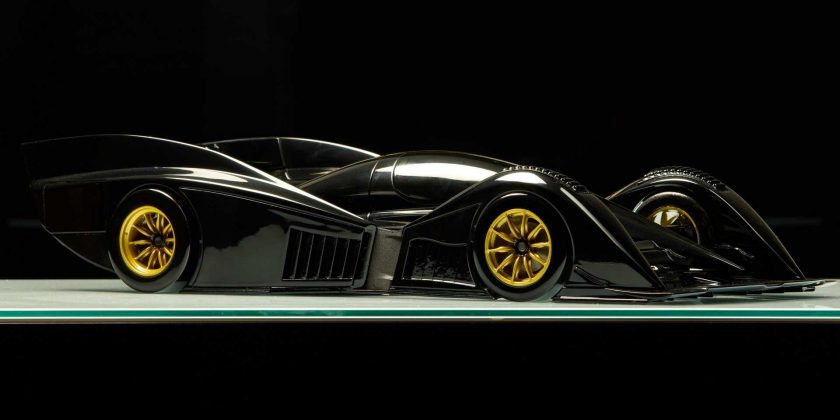 Is there room in the automotive spectrum for yet another hypercar? New Zealand-based Rodin Cars thinks so by developing the FZero. It’s a track-only machine, but a road-going version is planned. The Batmobile-looking beast is an imposingly large single-seater stretching at 5,500 mm (216.5 in) long, 2,200 mm (86.6 in) wide, with a massive wheelbase of 3,000 mm (118.1 in). It sits impressively low to the ground at only 1,130 mm (44.4 in) tall.

Despite being rather large, the Rodin FZero weighs only 698 kilograms (1,539 pounds) and that’s after adding the necessary fluids. As you have probably figured out by now, it makes extensive use of carbon fiber to keep weight in check. From nose to tail, the chassis is made from carbon fiber composite while the front and rear 380-mm brakes are of the carbon-ceramic variety. Forged 18-inch magnesium wheels from OZ Racing also contribute to the diet and come wrapped in Avon slicks.

At the heart of the track monster is a twin-turbo 4.0-liter V10 claimed to be “revolutionary.” It’s an all-new engine developed in collaboration with Neil Brown Engineering to produce 986 horsepower at a screaming 9,000 rpm and a peak torque of 910 Newton-meters (671 pound-feet) at 7,250 rpm. The engine redlines at 10,000 rpm and sends power to the road through an eight-gear Ricardo gearbox.

The ICE is complemented by an electric motor to enable a combined output of 1,160 hp and 1,026 Nm (757 lb-ft) – all delivered to the rear wheels. Only 27 people will get to enjoy the immense hybrid power delivered by the Rodin FZero, with the first cars to be completed next summer. Price? £1.8 million or nearly $2.2M at current exchange rates.

Rodin Cars aims to have a fully working prototype by late 2022 to test out its claimed 4,000 kilograms (8,818 pounds) of downforce and hopefully its 224 mph (360 km/h) top speed. As for the street-legal equivalent, it won’t arrive before selling the track-only FZero.