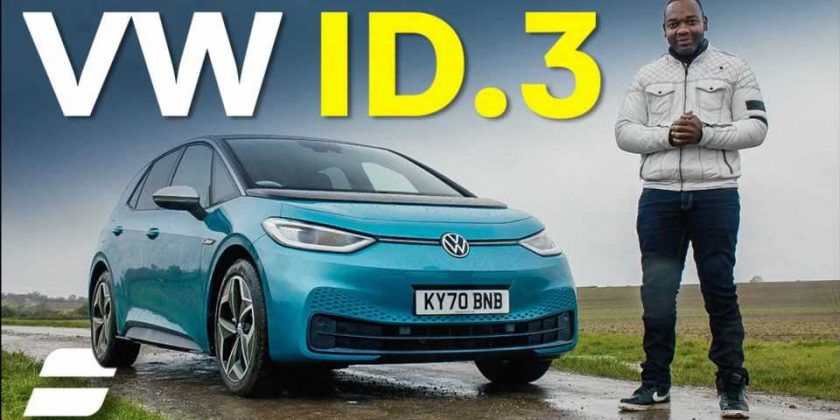 Reviewers generally seem to like the ID.3, but they all keep pointing to the same set of flaws.

Volkswagen has talked at great length about why it chose the ID.3 name for its new all-electric hatchback. The German giant says its name symbolizes the fact that it’s the third major, game-changing model in the company’s history, after the original Beetle and Golf.

So for such an important car, it is surprising that Volkswagen made some questionable design decisions, some of which appear to just be cost-cutting exercises. As AutoTrader’s Rory Reid points out in his ID.3 review, there seems to be a lot of evidence suggesting VW’s attempt to save a few Euros – he even goes so far as to say this may be the reason why there are no more physical controls on the center console.

Furthermore, as pretty much all other reviewers have pointed out, the ID.3’s interior, while it looks great, has plenty of not very pleasant plastics – it feels built to a price, maybe even more so than the Golf. And the fact that you have to press an additional touch-sensitive panel in order to control the rear windows is definitely a cost-cutting measure.

Moving outside, while the car ticks the design box – it looks a bit futuristic, yet at the same time it’s still recognizably a Volkswagen – there are two areas that need mentioning. Firstly, the fact that the car has drum brakes on the rear – sure, most of the braking is done through the front wheels, but seeing ancient tech like this on a cutting edge car is a bit at odds with the idea it’s trying to convey.

Thankfully, there’s nothing wrong about how the ID.3 gets down the road, the performance or the range that it offers. It is great to drive, and in terms of being an occupant, it definitely feels more special (and spacious) than a Golf.