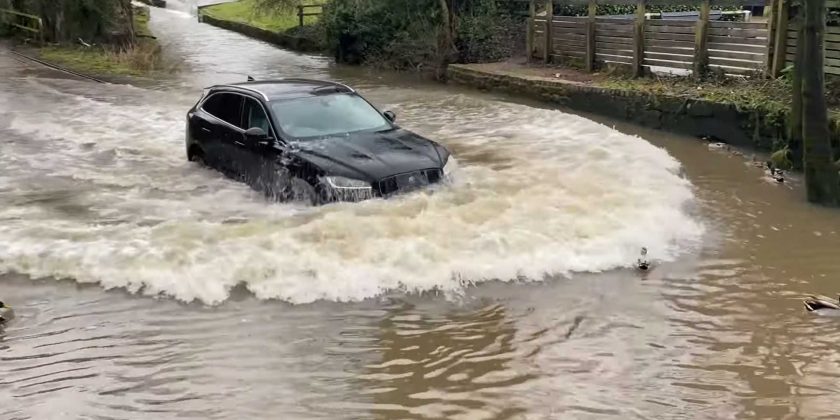 No, the S in SUV doesn’t stand for submersible.

We’ve all made our fair share of mistakes behind the wheel, some bigger than others. The driver of a 2017 Jaguar F-Pace will certainly remember the day when he decided to ignore the danger up ahead and do the worst thing possible – speed up and head straight into the water. A quick check of the license plate with UK’s Driver and Vehicle Licensing Agency shows the SUV had all-wheel drive, but that didn’t do much help, did it?

No ducks were hurt in the making of this video, but we can’t say the same thing about the poor Jag. As a matter of fact, the video’s description says it has been written off as a consequence of the engine being hydro-locked. We’re tempted to believe that considering there’s more water coming out of the exhaust pipe compared to a hydrogen car like the Toyota Mirai.

That being said, we can see the F-Pace eventually making it out of troubled waters, so maybe the Jaguar SUV lived to see another day. The incident took place on January 19 at Rufford Mill Ford, North Nottinghamshire in the UK. We can only assume the driver did not accurately estimate the depth of the water, but that wasn’t the biggest mistake he made that day.

Going slowly and steadily would’ve made all the difference as we’re tempted to believe the water wouldn’t have reached the engine bay. The impact was so strong, you can see the helpless F-Pace almost lost its front license plate while the automatic windscreen wipers were desperately trying to remove the excess water.

A proper off-roader like the Land Rover Defender (since it is part of the same JLR group) would’ve had no issue in crossing the water thanks to its generous ground clearance. This goes to show the limitations of modern SUVs as they aren’t much taller (if at all) than regular cars. The fact he accelerated just before plowing through the water certainly didn’t help either.