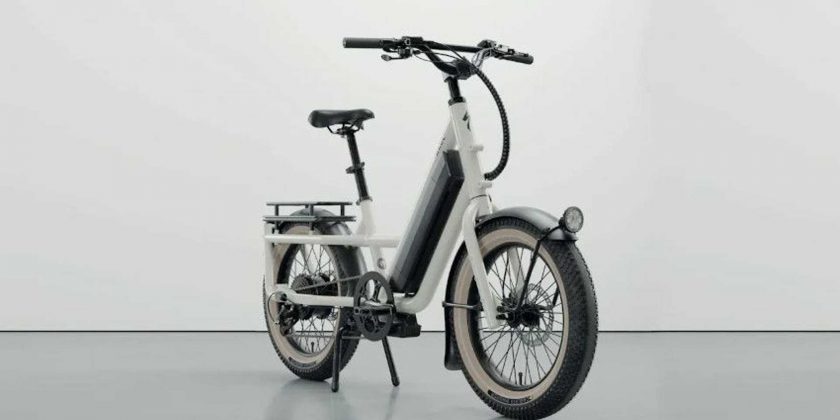 With an expected launch date of October 18th, it’s not long before we’ll see all the official details of Specialized’s Globe bike brand. Intended as a simple, fun lineup to get people out of cars and onto bicycles for their commutes and errands, this first model looks like it has all the right features to do just that.

Specialized’s Globe Haul ST was teased earlier this year with a heavily obscured photo showing the e-bike carrying a pile of cactuses. At the time we could tell that it would be a step-through utility e-bike, but that was about it. This time around, Globe has released photos of the bike unobscured by any potted plants. Now, it’s clear to see that this bike is a diminutive commuter bike with the proportions of a folding bike, but without the folding part. It rolls on 20-inch wheels with a hybrid tire tread, and has a rather short wheelbase of 165 centimeters. 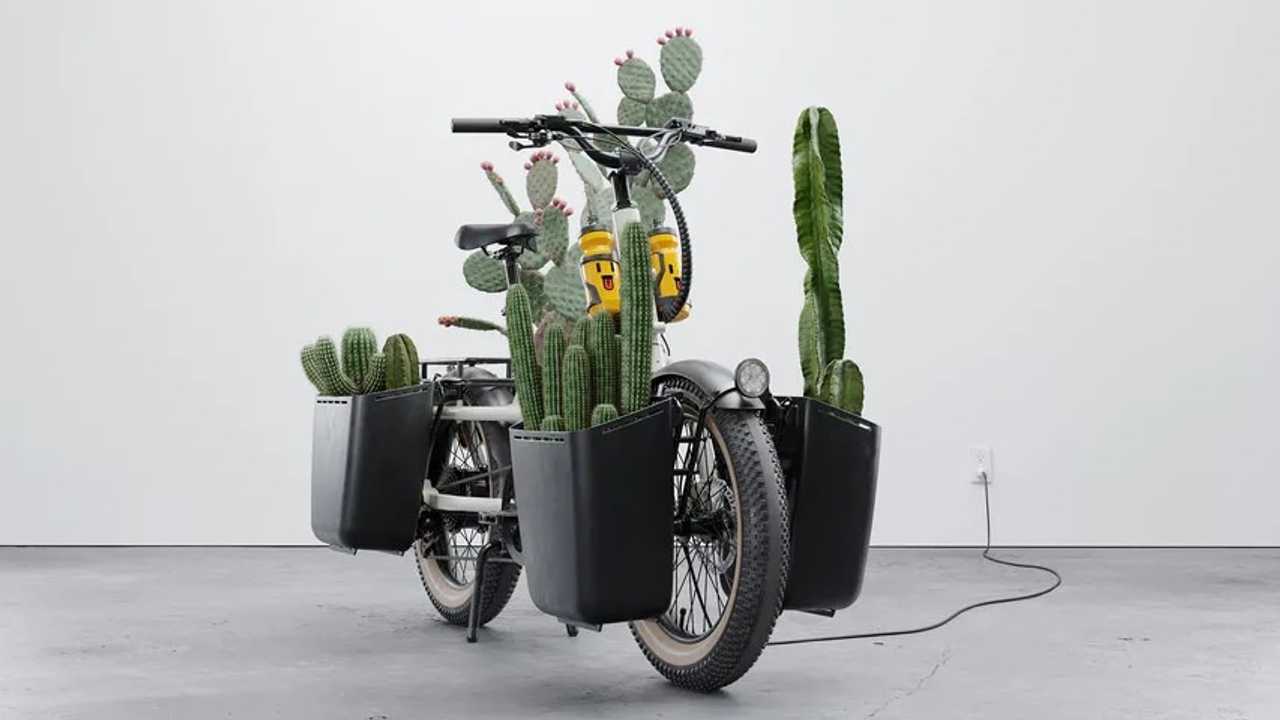 Additionally, it turns out that Specialized used a bunch of potted plants, not only to obscure the bike, but to flaunt its cargo-carrying capabilities. Indeed, there are several mounting locations on the bike that can be used to attach a variety of baskets, bags, and racks.Judging from the images released, it looks like you could fit luggage accessories onto the front, sides, and back of the bike. Furthermore, its low, step-through frame design allows you to stow your bag in front of you as you ride. 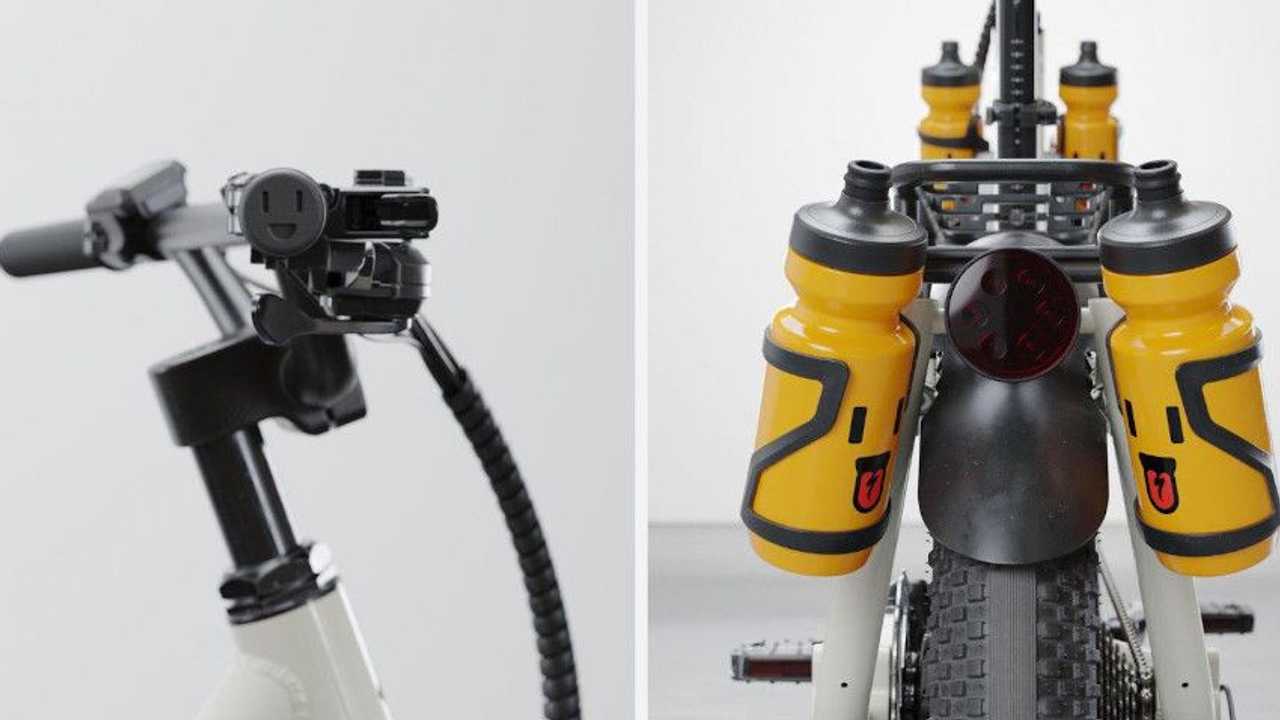 Now, onto the meat and potatoes. It’s clear to see that the Haul ST is powered by a hub motor. We knew this from the start, as a portion of the hub motor was visible underneath all the plants. However, this time around, it appears that the hub motor could be around the 250W range in order to comply with European e-bike regulations. Chances are that its peak power output will be slightly higher than this, though. Last but not least, we can expect to see some pretty impressive range figures from the Haul ST, as that battery integrated into the downtube is pretty huge.

At present, that’s really all we know so far about the new Globe Haul ST from Specialized. The brand has yet to reveal the price, as well as any variants or trim levels, if any. That said, we’ll have to wait until the bike is officially launched on October 18, 2022. 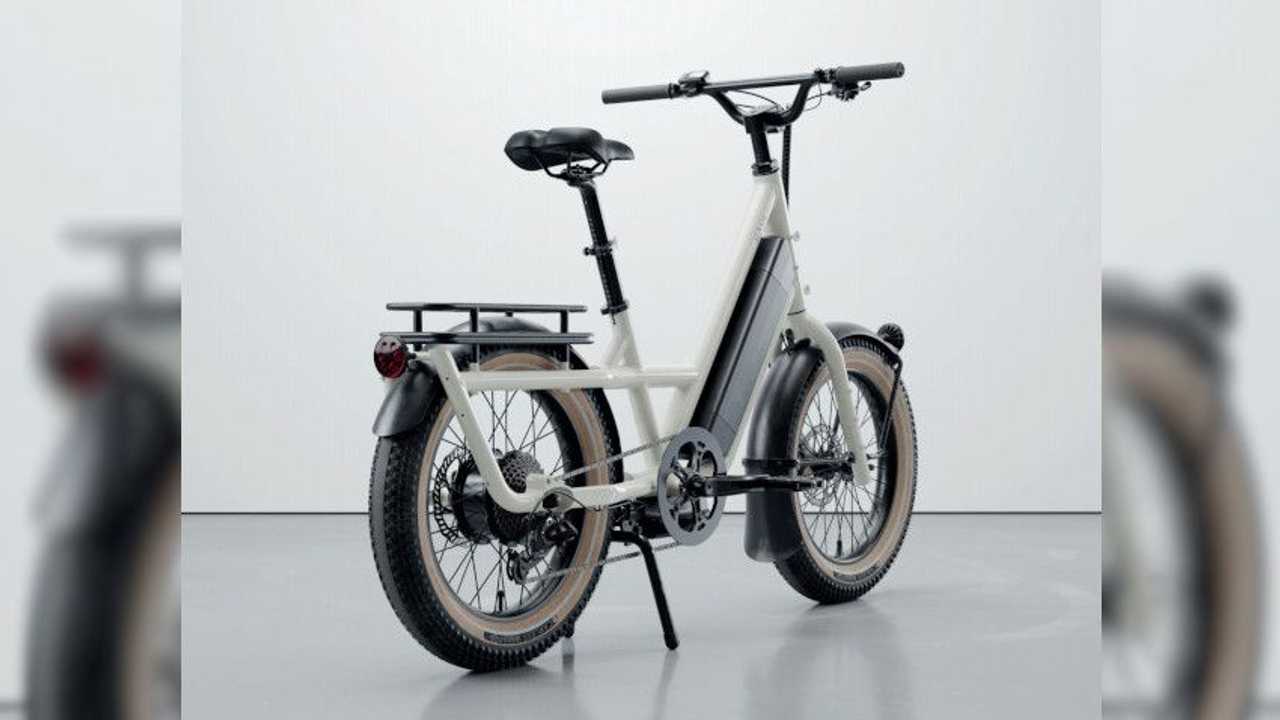