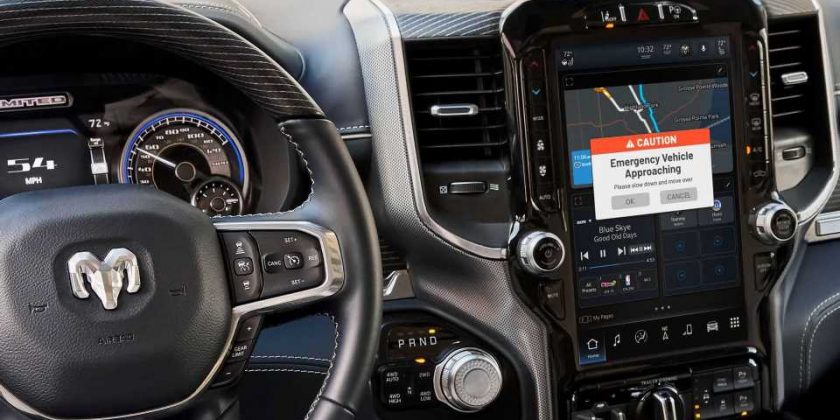 The advancement of mobile technology hardware and software will allow vehicles to communicate with each other and the surrounding infrastructure. The technology has been in development in various forms since the 1970s, and Stellantis will offer a version of the tech to newer vehicles that will warn drivers of their proximity to emergency vehicles. It’s called the Emergency Vehicle Alert System (EVAS), and it debuts at this year’s CES.

Stellantis’ EVAS will be available via an over-the-air update for 2018 and newer model year vehicles equipped with Uconnect 4 or 5. The service is only available in North America on Chrysler, Dodge, Jeep, Ram, Fiat, and Alfa Romeo vehicles. Those vehicles require a connectivity package that starts at $12.99 a month to access the service. Connected cars will receive EVAS at no additional cost when the OTA software updates begin rolling out sometime this month. 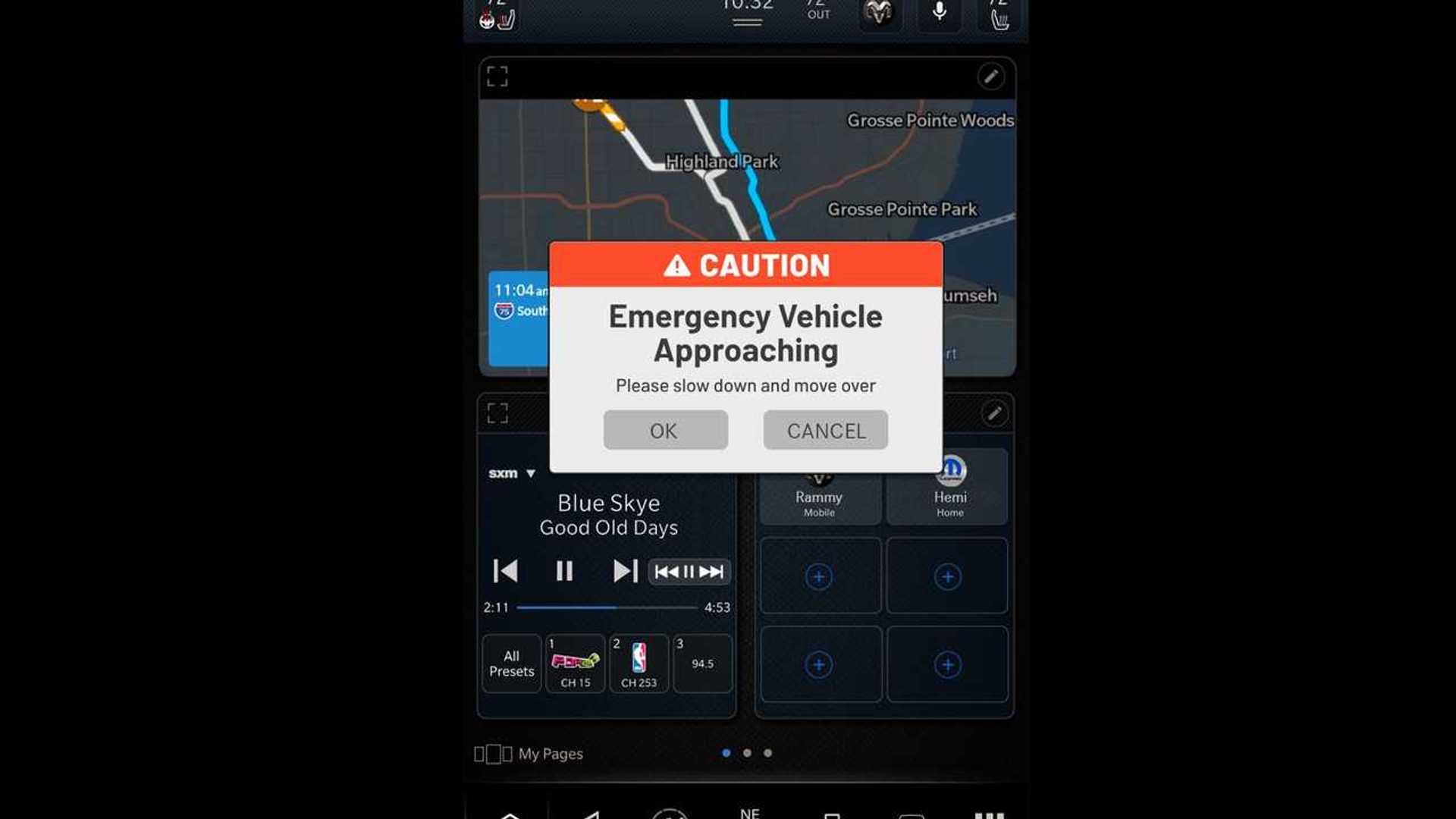 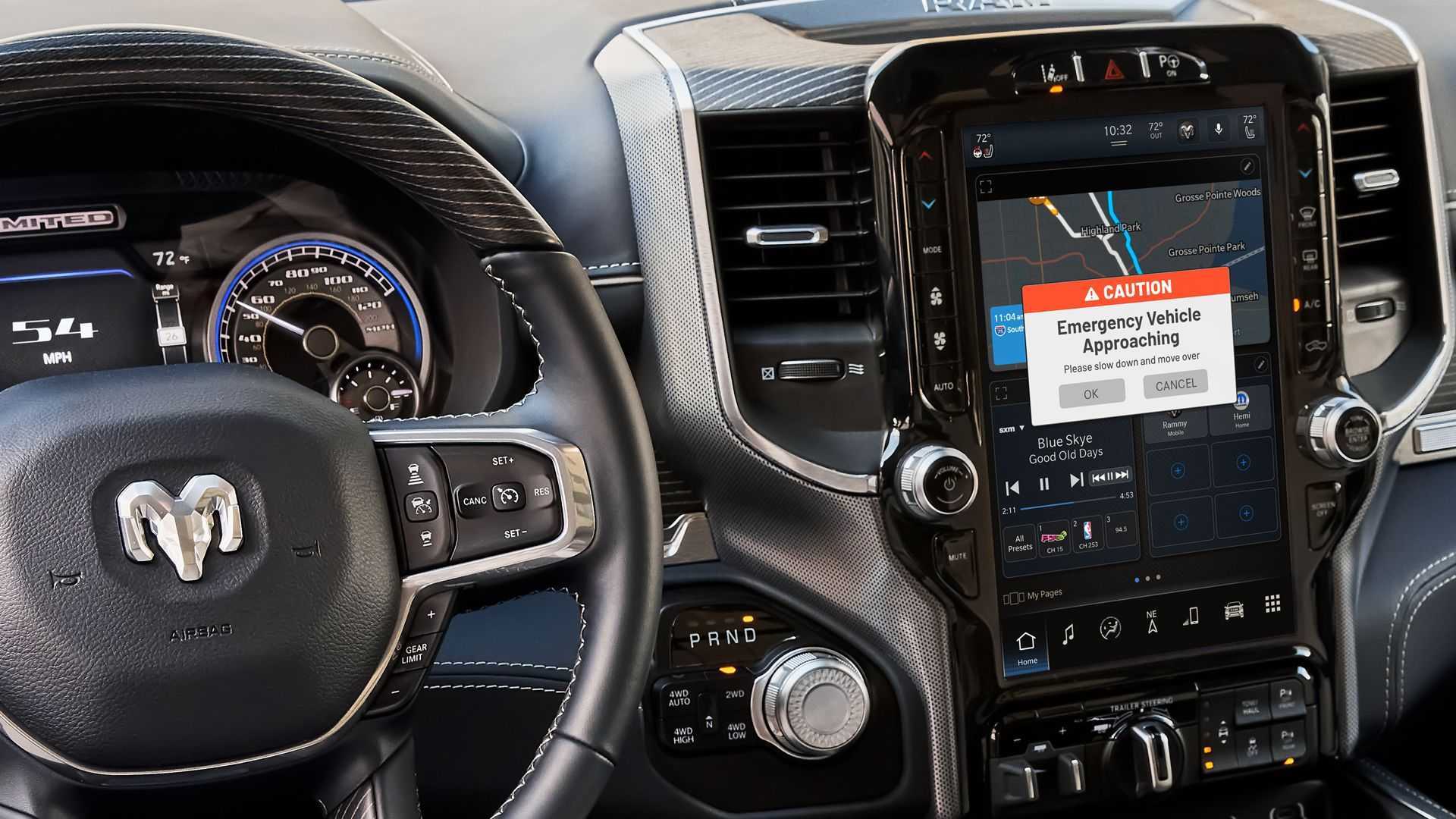 EVAS emerged from the company’s petition for employees to present new technology ideas to management. According to The Detroit Bureau, the idea for the system came from a Stellantis employee who couldn’t hear an approaching emergency vehicle, which almost resulted in an accident. The publication notes that Stellantis’ EVAS uses the HAAS Alert system developed by the US Department of Homeland Security.

The system works by using geofencing and real-time data from emergency vehicles to alert drivers of the approaching emergency vehicle, giving drivers more time to safely and adequately respond. The system can even disregard vehicles on the other side of a divided highway.

Stellantis’ EVAS is just the tip of the tech iceberg for the company. Last month, the automaker announced plans to focus on developing software for its vehicles, with the goal of earning $20 billion a year from its software-enhanced vehicles by 2030. Vehicle-to-Car and Vehicle-to-Infrastructure communication has been teased for years, and it’s exciting to see the technology being implemented, even if there are privacy concerns.

Source: Stellantis via The Detroit Bureau